Does this round of Screen Australia funding have particular flair? It is certainly a tight combination of experience and imagination.
David Tiley 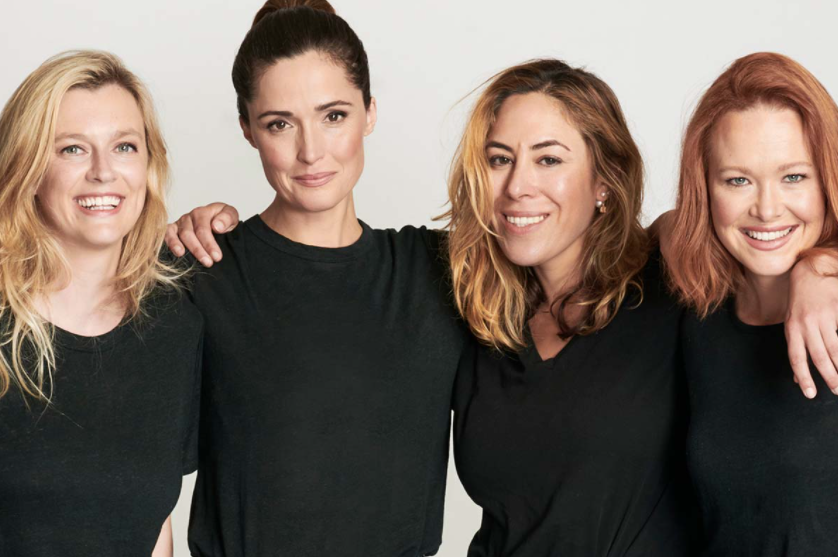 In terms of employment, audience and screen time, this is mostly a party for the television makers, though we notice that the film creatives are very respected in festivals.

Kristina Ceyton and Samantha Jennings from Causeway Films are backing writer/director Goran Stolevski to make Of An Age. The Screen Australia synopsis says:

Set in Melbourne in the summer of 1999, Of An Age follows an unexpected and intense 24-hour romance between a 17-year-old Serbian ballroom dancer and his best friend’s older brother. A decade later the pair meet for a bittersweet reunion.

Stolevski has made eight shorts since 2007, been in the writers’ room for two Matchbox series and directed three episodes of Nowhere Boys. This is his second collaboration with Causeway – You Won’t Be Alone, his Balkans supernatural horror film (every word here is delicious), is heading towards us.

Bonsai Films will push Of An Age into local cinemas, so it will get a boutique release. Internationally it will be ably supported by Bankside.

Dollhouse Pictures has the makings of an excellent company, run by Krew Boylan, Rose Byrne, Jessica Carrera, Gracie Otto, and Shannon Murphy, all of whom have a solid background in zesty entertainment. They are producing Seriously Red, about

a vivacious, but at times misguided red-head who pours herself a cup of ambition and trades her 9 to 5 career in real estate, for a life under the spotlight as a Dolly Parton impersonator.

Yes, they have rights to the songs, Gracie Otto is following up Under the Volcano with her next feature, written by Krew Boylan with Robyn Kershaw and Jessica Carrera producing. Fingers crossed for a good documentary maker on the making-of film.

Photo Booth will launch another sibling duo into the feature arena, this time with sister Spencer and brother Lloyd, together forming team Harvey. This is a relationship drama which

centres on Jean Bouchet, a renowned performance artist past her prime childbearing years who desperately wants to be a mother – so much so that she is willing to adopt the baby born of her husband’s infidelity. Jean invites the expectant Millie to move in with the couple during her pregnancy, spiralling the three into a complex and morally grey dynamic, which forces them to confront their pasts.

Yet again they are backed by a valuable team, with the long lasting duo of Sarah Shaw and Anna McLeish teamed up with Cathy Konrad, an American whose credits include Walk The Line, 3:10 to Yuma (the remake), Girl Interrupted and all four films in the Scream universe. Transmission will push the local exhibition while Bankside does the international honours.

Hugely respected, utterly individual, compulsively ground-breaking and beloved by crews, Rolf de Heer is back with another film, cranking Vertigo and Triptych Pictures into gear. The Mountain

tells the story of BlackWoman, who is abandoned in a cage in the middle of the desert. Following her escape, she travels across lands and walks through pestilence and persecution, to find those who left her to die.

This time the de Heer/Julie Byrne production team is joined by sales and marketing specialist Ari Harrison as Umbrella does local and Fandango covers the world.

In television, Lingo Pictures has The Messenger in eight parts for the ABC, adapted by Sarah Lambert from Markus Zusak’s spooky novel and therefore the perfect choice for the outfit which brought you Lambs of God.

The drama follows Ed Kennedy, whose life is one of peaceful routine until playing cards inscribed with cryptic tasks start to arrive in the mail. Ed makes his way through town helping and hurting (when necessary) until only one question remains – who is behind Ed’s mission?

All3Media International has the world sales.

Lingo has two bites of the cherry because Upright 2 brings Tim Minchin and Milly Alcock to Foxtel and Sky. Besides the usual suspects, Meg O’Connell is also producing, while Niki Aken, Ian Meadows and Natesha Somasundaram join Minchin in the writing team. Whatever is left over around the world will be wrangled by eOne, still a formidable name.

Anyone’s Daughter puts writers Michaeley O’Brien and Justin Monjo at the services of Seven. Peter Andrikidis directs and joins the producing team of Kerrie Mainwaring and Jamie Hilton. It concerns

the police investigation into the disappearance of young women.

The online series, Lustration VR comes from Gestalt Comics, a venerated if modest name in Australian graphics storytelling. Wolfgang Bylsma decided that Ryan Griffen’s world building ability is ‘superb’, as provided by his fundamental role in Cleverman. With writer Nayuka Gorrie he is writing and directing the VR version.

An animated four-part virtual reality series for Facebook Reality Lab’s Media Studio. The story is set in The Between, a realm where the dead go to cleanse or ‘lustrate’ themselves before crossing over to pure happiness. When Malcolm slips into The Between, past the protectors who guard it, he puts everything there at risk.

Producers are Carolina Sorensen and Taryne Laffar while executive producers are Nathan Anderson, Wolfgang Bylsma, and Griffen. We really want this one to fly.

All this looks like a well-oiled machine. Screen Australia of course is behind all of them, while the state agencies have committed as well. Let’s note particularly that Lustration VR ‘has been developed and produced with the assistance of Screenwest and Lotterywest, with support from Screen NSW’. That word lottery is just so beautiful.