From Star Wars to Will Smith as a Pigeon and an Aussie Go Kart film, we rate the family fare, date by date.
Anthony Morris 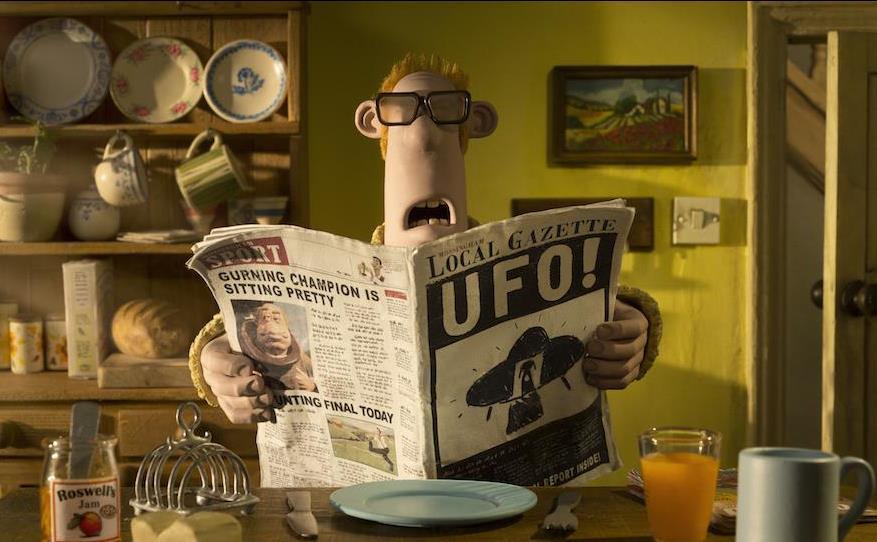 Summer school holidays is a huge time for cinemas, with kids’ movies playing a leading role. With close to two months where ‘family’ movie releases dominate the box office, there’s plenty of time to spread them out to avoid the usual crush. That’s handy for exhibitors; if one movie fails to click with the holiday crowd, there’s always another one along the next week that might lure them in. But for parents, which are the films that will keep the kids happy and which are the ones that’ll have them running for the exit? Here’s the line-up, with age-related suitability warnings.

The long-awaited sequel to the massive Disney hit is set to dominate the school holidays. This time the action heads north, as Elsa (Idina Menzel) and sister Anna (Kristen Bell) follow the mysterious siren song that might lead them to the source of Elsa’s powers – or to a dark secret about the kingdom’s past that puts them all in peril.

As sequels go it’s a bit muddled; there’s two different stories here and they don’t really gel all that well. The songs are good though, and the CGI animation is light years ahead of the original so when the action goes big, it looks amazing.

Suitable for: every single kid or adult who liked the first Frozen.

Not quite as cute as you might assume from the trailer, this story of one of the Queen’s corgis who ends up lost on the streets of London features – for reasons hard to figure out – an animated version of Donald Trump who says “grab them by the puppy”.

Maybe it’s aimed at kids who won’t get the references to Fight Club and a dog addicted to cocaine? The corgis are definitely cute enough to be distracting.

Suitable for: very young children and adults who like cartoons with weirdly grown-up reference.

Teaming a bulky action star with one or more lovable kids is a tried and tested holiday movie formula – this isn’t even the only example this holidays (see below). It’s a fairly clunky attempt to give parents (dads?) something they can take the kids to that will give them something – not much, but something – to enjoy.

Fortunately John Cena is more charming than most when it comes to comedy, and as an all-action firefighter who finds himself stuck with a trio of adorable moppets he manages to lift this above what initially feels like a standard sitcom premise.

Suitable for: kids who don’t mind watching movies with their parents.

Star Wars: The Rise of Skywalker

Disney’s kept this under wraps, so let the speculation begin! TV series The Mandalorian has been gathering plenty of Star Wars-related goodwill over the last month or so, but whether this carries over to this, the final film in what’s been an uneven cinematic trilogy, remains to be seen.

At least this promises something old – the return of Emperor Palpatine, the bad guy from the original trilogy – and something new: space horses! Plus it’s the final of the trilogy, so expect tears as one or more old favourites go out with a bang.

Suitable for: every single person on the planet, as is Disney’s way.

Jumanji: The Next Level

The recent Jumanji reboot was a surprise hit. Mostly because it featured a bunch of funny and charming performances from a bunch of adults (including Dwayne Johnson, Jack Black, Kevin Hart and Karen Gillen) playing video game characters in a thrilling world of adventure.

Which puts a lot of pressure on this sequel. On the one hand, it looks like they’ve figured out what people liked about the first one (decent banter and quality adventure) and brought all that back; on the other hand, it definitely looks like they’ve gone for a “more is better” approach, which sometimes results in exhaustion rather than exhilaration.

Suitable for: slightly more grown up kids who are possibly old enough to see movies on their own.

It’s probably a good thing that the trailer gives away the big twist in this film; if you went in expecting your typical fun kids’ action cartoon, having Will Smith’s suave super-spy turned into a pigeon in front of your eyes might lead to riots in the cinema.

But now that we all know the big twist, will the rest of the film have enough going on to keep us interested? Oh right, it’s Will Smith as a pigeon: he could just stand on a statue cracking jokes for an hour and it’d still be worth a look.

Suitable for: younger kids who can cope with cartoony action, and also anyone who’s ever wondered what Will Smith would be like as a pigeon.

A Shaun the Sheep Movie: Farmageddon

Shaun the Sheep is hilarious and brilliant whether he’s on TV or in his previous feature film. So while it might be aimed at kids, this dialogue-free Aardman production (Wallace & Gromit) is most definitely fun for all ages.

This time around, Shaun and sheepdog Bitzer, are helping out a lost alien named Lu-La, while an evil government agent named Red is trying to capture her and if you think this possibly sounds a bit like E.T., ask yourself this: was E.T. stop motion Claymation? Obviously not, making this totally different even if the story is pretty much the same.

Suitable for: everyone! But especially younger kids.

And here’s the other holiday movie where a hulking action star – in this case Dave Bautista, from Guardians of the Galaxy – teams up with a sassy kid. The set-up is simple: when nine year-old Sophie (Chloe Coleman) catches hardened spy JJ (Bautista) spying on her family, she trades her silence for his help in becoming a spy.

No prizes whatsoever for guessing that the tables are soon turned as the precocious pre-teen gets the drop on the master spy. If you’ve ever seen a buddy cop movie in your life you can guess how this dynamic is going to play out. Only with a lot less swearing.

Suitable for: maybe not kids who liked Bautista in Guardians of the Galaxy, as they’re probably a little too old now for this. Like all these kind of films, it’s for kids who still need their parents there.

Robert Downey Jr is back and for some reason he’s got an Irish accent This is more of an action-adventure style approach than usual to the classic tale of a Doctor who can talk to the animals.

The movie formerly known as The Voyage of Doctor Dolittle has had a fairly rocky journey to the big screen, with extensive delays and major reshoots and studio Universal going so far as to bring in Chris McKay (The Lego Movie) to help turn it into something more to their liking. This kind of backstage drama isn’t exactly unusual when it comes to blockbusters, but it doesn’t exactly signal a polished end product either. You have been warned.

Suitable for: kids who like talking animals and parents who like Downey Jr – if it’s good. If it’s no good: nobody.

Last but certainly not least – and the only Australian entrant this holiday season – Go! (formerly known as Go Karts) looks like a crowd-pleasing return to the kind of character-based kids drama that Australia does well.

William Lodder is Jack, a fifteen-year-old who’s fallen in love for the first time – with go kart racing. Now he’s got a mentor (Richard Roxburgh) with a secret past, and a couple of friends willing to go all the way to help him. But there’s more to winning than just putting the pedal to the metal, and if he’s to beat the most ruthless driver in the country he’s going to have to curb his own recklessness.

Suitable for: pre-teen rev-heads and every kid who needs to hear an Australian accent on the big screen.