A billionaire gambler risks it all in the new thriller directed by Russell Crowe.
Silvi Vann-Wall 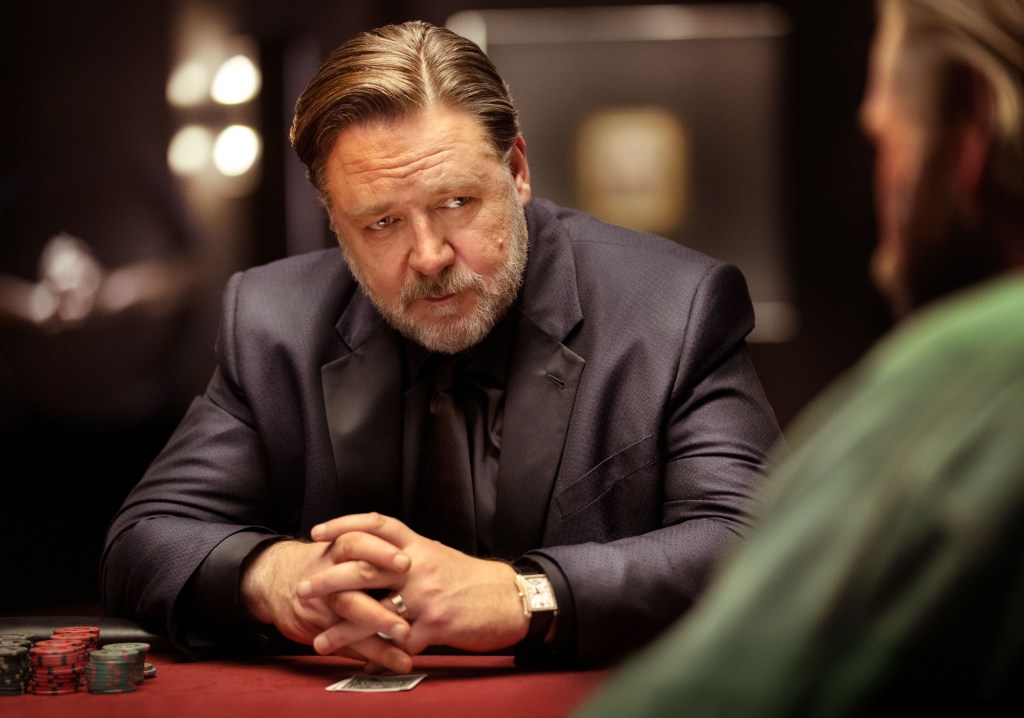 Academy Award winner Russell Crowe is back in the director’s chair for upcoming thriller Poker Face.

Set in the world of high-stakes poker, Crowe also stars as billionaire gambler Jake Foley, who gives his best friends a night they’ll never forget, a chance to win more money than they’ve ever dreamed of. But to play, they’ll have to give up the one thing they’ve spent their lives doing everything to keep … their secrets. As the game unfolds, the friends will discover the real stakes they’re playing for, the biggest stakes of them all.

Crowe made his directorial debut with 2014’s The Water Diviner, which won multiple awards including Best Picture at the Australian Academy of Cinema and Television Arts (AACTA) Awards.

Read: How Anzac movies fuel the Anzac myth, then and now

The film was shot in New South Wales and is currently in post-production. It was financed in part by NSW Government’s Screen NSW Made in NSW fund.

New South Wales Minister for the Arts, Don Harwin said, ‘Through our Made in NSW fund, the NSW Government is proud to back Poker Face, directed by and starring our very own Russell Crowe, which will be a winning hand for NSW’s powerhouse film industry, creating 250 jobs for cast and crew and bringing in over $17.7 million in production expenditure to the state.’

‘With the undeniable talent of Russell in front of and behind the camera, and the brilliant supporting cast, we are delighted to be part of this incredible project. Poker Face is a high stakes thriller with the game everybody loves at its core – it’s an edge of your seat ride we know the worldwide buyers are responding to,” said Arclight Films Chairman Gary Hamilton.