A ten by four inch piece of paper covered in calligraphy is confirmed to be a replica of revered calligrapher Wang Xizhi.
ArtsHub
[This is archived content and may not display in the originally intended format.] 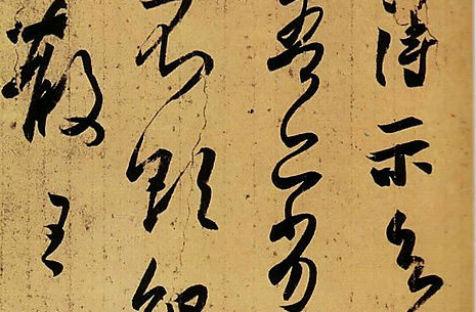 An extremely rare copy of revered fourth century calligrapher Wang Xhizi has been found in Japan. The first replica of his work found in four decades. No originals exist, despite the fact that his work was treasured by the Chinese emperors as his delicate style influenced the art of calligraphy. The precise replicas made in the seventh and eighth centuries are held as national treasures.

The artefact from over a millennium ago will be on display in the Tokyo National Museum from January 22 to March 3. The owner, a Japanese citizen remains unidentified.

The 24 characters in three lines on the page is said to contain phrases known to be used by the master calligrapher. The museum told the Japan Daily Press that it appears to be only portions of a letter containing the names of Xizhi’s family members including his son, and the phrases ‘I am tired all the time. I am living only for you.’

It was long thought to be the work of a Japanese nobleman calligrapher but a Chinese calligraphy expert saw it in the museum and correctly identified the work.

The Huffington Post World was told ‘this is a significant discovery for the study of Wang Xizhi’s work,’ by a spokesperson at the museum.

The replica was likely brought back to Japan by a diplomat when it was first written.