Palaces of Dreams overwhelmed by reality

Cinemas are vital parts of community life in regional areas with their own responses to the fires.
David Tiley 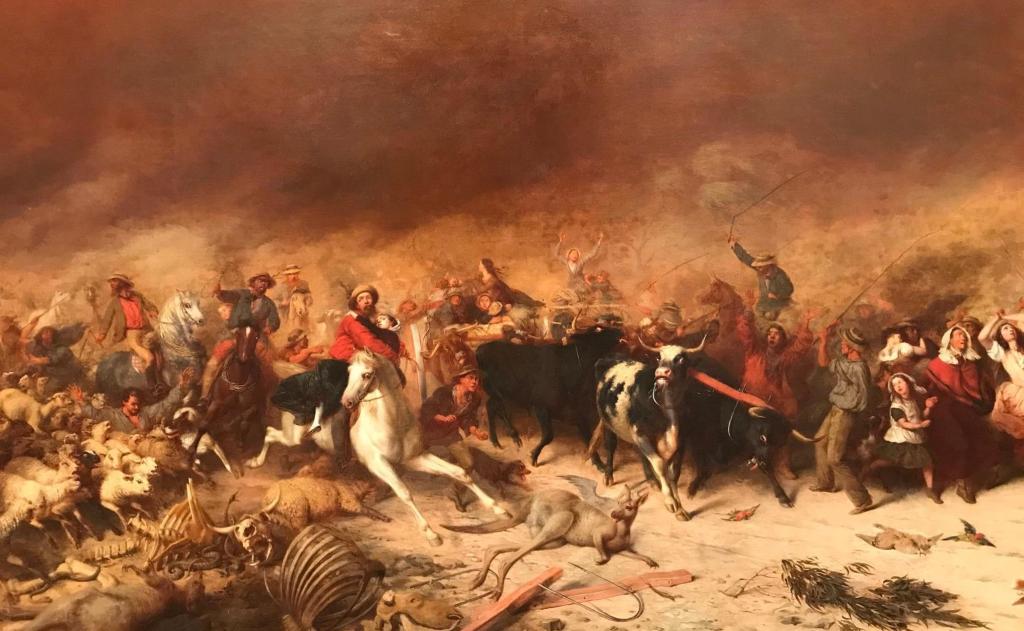 Right now, the last thing rural cinema owners want to do is talk to a nosey journalist. Fortunately Independent Cinemas Australia (ICA), the umbrella group for the indy picture houses, has been collecting information and President Scott Seddon has been assessing the detailed impact.

We know that the Mallacoota Cinema became a refuge, while the Sun Cinema Bairnsdale was transformed into an evacuation centre. No cinemas were burnt down but some owners lost their houses. The power went out, the candy bars stopped working and choc tops were given out for free as they melted.

At the minimum, cinemas have cash flow problems, but some may be in serious financial trouble. Up and down the east coast, the cinemas in tourist areas rely very seriously on their summer trade, which has disappeared completely, even if the screens are working. According to Seddon, the holiday take in some cinemas will be 90 per cent down on normal.

Like all the businesses in the fire areas, the disaster has cut into routine in the most basic way. Cinemas filled up with smoke. They stank. High reflectance screens were covered in dust and sticky carbon. Every surface needs to be scrubbed. Temporary staff have gone home or are running fire trucks. All those choc tops must be replaced, and Seddon told us that, ‘It’s easy to make one choc top but it’s an art to make fifty.’ Just grinding, crappy detail.

The movies they couldn’t run will never arrive as the late summer pictures take over. As the power is restored, and businesses come back online, local people discover they have no money for entertainment because they have been fighting fires.

When cinema cash flow is interrupted it is not possible to pick up the lost trade. It is gone forever and owners have to scrimp and trade their way back to normal. Fortunately, says Seddon, the distributors have been really understanding.

ICA is working to support small cinema proprietors by sharing news and organising deals about supply and billing.

In the cities, some members usually find their cinemas fairly quiet after Christmas, but this year audiences have increased, as the world outside is both stinking hot and very smokey.

Palace Cinemas is an independent chain but is making the same pledge. The Sun in Bairnsdale has reopened and is participating as well. The Nova in Melbourne is giving 10 per cent of its take this Thursday.

Luna Cinemas in Perth, in association with Madman, are donating all the proceeds of a screening of The Australian Dream on Australia Day and The Biggest Little Farm on 3 February – both really appropriate. Donations to help the Fire Relief Fund for First Nations Communities and Rural Aid. The website captures the spirit of these initiatives occurring in cinemas all over Australia while the country is in a foment of giving:

We are proud to be part of a nation that is pulling together to help those who have been affected by the devastating fires that are currently wracking great swathes of our beautiful country. Virgin bushland has been ravaged and many people have been displaced after losing their homes or worse, with some families rocked from losing loved ones. This, coupled with the horror of huge wildlife losses, with those that remain left clinging to life after their habitats have been destroyed, has galvanised many organisations and individuals into action. It has been heartening to see how many are supporting the charities that are helping those in the greatest need. We want to do our bit to contribute to this groundswell of support.

Meanwhile the Fire Fight Australia Concert for National Bushfire Relief at Sydney’s ANZ Stadium on Sunday 16 February has sold out. Ditto the Stand Up for Bushfire Relief gig in St Kilda on 20 January.

Artshub has been exploring the fire problems for art galleries.