Porchlight Films, a key Sydney-based company woven into the careers of so many screen people, has left the fray.
David Tiley 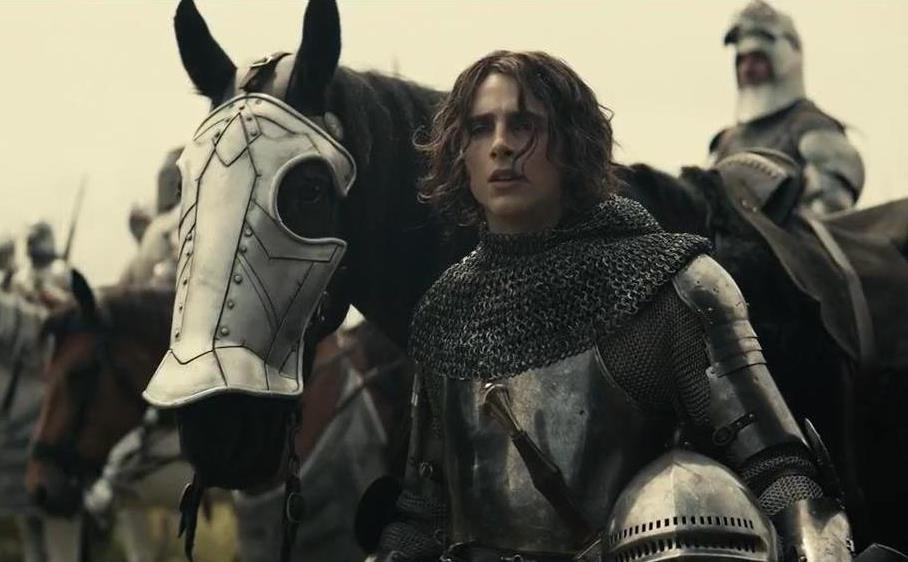 The end of a long crusade. Image: Timothée Chalamet in The King via IMDB. Porchlight was a production partner along with Plan B, Blue-Tongue Films and YOKI INC.

After a remarkable 23 years, Vincent Sheehan, Liz Watts and Anita Sheehan have shut the doors on their independent production company Porchlight Films.

According to the release:

Vincent and Liz will continue to work on individual projects currently in development, with Anita, who has been managing director of Porchlight since 2015, leaving to pursue other opportunities after a short break. Productions currently being financed will continue to be produced under the Porchlight banner into 2021 including Kitty Flanagan’s comedy series Entitled and Nakkiah Lui and Gabe Dowrick’s Preppers.

The three partners will retain ownership of Jetty Distribution, which will continue to manage the ongoing rights in Porchlight’s catalogue.

According to the public record aka IMDB, they were brought together by The Vegetable Mob, a micro-documentary funded by the AFC around 1993, written and directed by Carla Drago about her family’s passion for gardening. Vincent Sheehan produced and Watts was the cinematographer. Sheehan had already produced a short drama, Yeah Mostafa, directed by Ali Higson, known mostly in the belly-dancing industry.

At times they double tracked and swapped producer and executive producer roles on productions like Little Fish, the underclass film written by Jacqueline Perske, and directed by Rowan Woods with a dream cast of Cate Blanchett, Sam Neill and Hugo Weaving in 2005. They reversed roles on David Caesar’s Prime Mover where Sheehan produced and Watts was executive producer.

Watts also used Porchlight as a vehicle for her producing work in Jewboy for Tony Kravitz, and Tony Ayres’s early personal features Walking on Water and Homesong Stories.

Animal Kingdom, the breakout film for David Michôd, was produced by Watts with Vincent Sheehan and Bec Smart as executive producers, again through Porchlight.

By 2010 they had an enviable record of working with distinctive productions, both together and independently, with Porchlight as an effective company and a respected name. Then the trio were executive producers on Laid, which took them into television.

From then on the company made an extraordinary slate of projects. Sheehan produced The Hunter directed in Tasmania by Daniel Nettheim. Then Liz Watts produced Lore directed by Cate Shortland with a script from Shortland and Robin Mukherjee, made in Germany about the end of World War 2. She produced Dead Europe by Shortland’s husband Tony Kravitz, and then The Rover from David Michôd. Then Sheehan took Porchlight back into television (and Tasmania) with The Kettering Incident. Then came Jasper Jones, the young people’s picture.

Again the swap occurred as Watts produced the low budget series Kiki and Kitty and then Mary Magdalene with Iain Canning and Emile Sherman. She produced the The True History of the Kelly Gang, directed by Justin Kurzel along with David Michôds’ The King. Then she executive produced six episodes of Stateless and Operation Buffalo, both with Vincent Sheehan as a producer.

Read more: Putting Ned Kelly in a Dress: An interview with Justin Kurzel

Since 2009, Anita Sheehan has been involved with almost all these projects as an executive producer.

These are clumsy titles to describe many different combinations of work. The point is that the company has a valuable production reputation and is game to take risks, which has underpinned larger and larger productions. The three principals have worked individually or co-operatively under that umbrella which has enabled them to develop, produce and executive produce according to the show, the participants and the deal.

Twenty-three years is an impressive arc for one trio to work together in drama. We can imagine how it has been nurtured as it moved from indy features to substantial television deals. But we can also imagine how exhausting the last fifteen years have been, along with the growing knowledge that production works best at larger scale.

And who knows what else will happen to Jetty Distribution.