Occupation: Rainfall hits the climax of a cinematic crusade

In the search for filmmakers addicted to genre, the Australian screen sector has its fingers crossed for Occupation: Rainfall. We are about to find out if we get what we need.
David Tiley 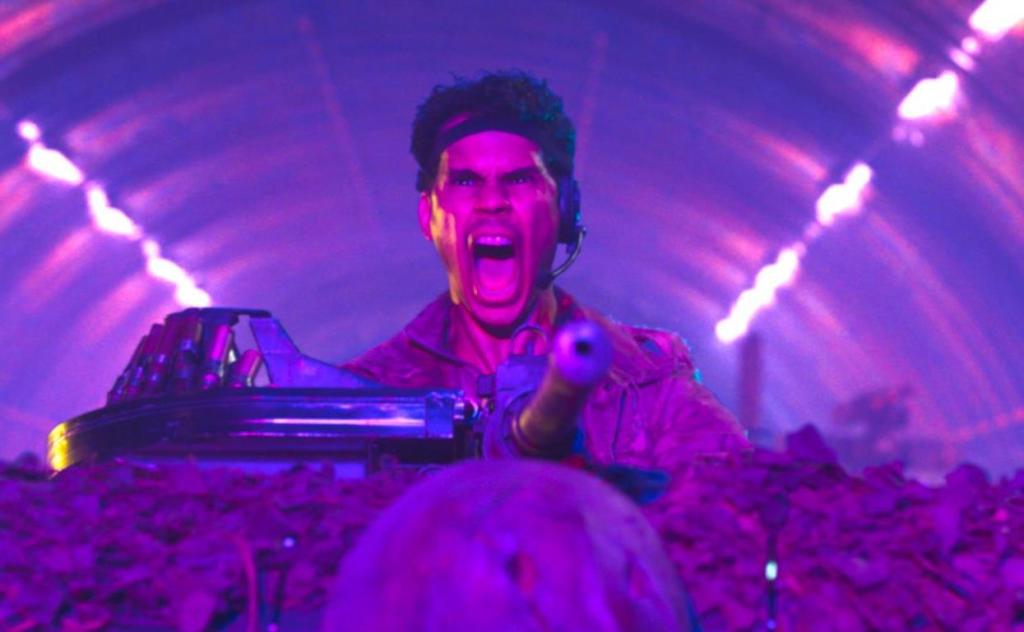 It is not fair to say that Luke Sparke is just a space opera dweeb, though he does love his Star Wars memorabilia. In fact he has much wider tastes as a writer/director, all of which are focused on mainstream entertainment.

Now he is launching Occupation: Rainfall, one of the very few indy Australian indy features with a full swag of sci-fi special effects and blockbuster quantities of fire and fury. He spent his childhood surrounded by military kit, costumes and schedules because his parents own Queensland company SparkeFilms which specialises in costume and prop hire. He has a touch of nationalism in his own makeup; as he said in our interview, ‘I want to push the benchmark of what independent films can do in this country, and also make sure that kids growing up in next generation can have an experience of a sci -fi movie, but with accents and locations they find familiar.’

This saga really started when Luke Sparke was working on props for a short film and met Carly Imrie, who was a makeup student. Nine years later they have a small child and have made three features together.

‘I never set out to be a producer,‘ said Carly Imrie. ‘I was happy on set doing makeup but I fell into it. I was never one for budgets but now I find I am at my happiest doing accounts. It’s just one big learning curve after another.’

They became a trio when Carly’s mother Carmel joined the company as they made horror film Red Billabong and moved onto Occupation, the first version of the Rainfall story world in which aliens invade Australia to face desperate defiance by a motley and multicultural crew of ornery desperados.

Pushed along by a mother’s background in sales, they are very clear about markets, a US presence and the need for support. Though they are the first to admit that version one was underdone, they did manage to sell it to Netflix, and gained a crucial selling point for their company. It was the highest rating film on Netflix in the US for its opening two weeks.

With the Americans watching, and a lot of rueful knowledge, they went back for the third bite of an impossible dream – a sci-fi blockbuster made for perhaps a fifth of a mainstream studio tentpole version of the same story.

According to Sparke, ‘It had a lot to do with Carly and Carmel who were major backers themselves. With their family and friends they probably funded half the budget through maxing credit cards or mortgaging houses. And that isn’t always the best – the saying in Hollywood is always, “Don’t spend your own money”. But sometimes you do have to back yourself.’

Carly Imre calculates they spent around $12m in cash. The effective expenditure from reinvested fees, post production support and a substantial amount of private investment was more like $20m.

As Sparke explained, ’We had lots of offers throughout the process from interested parties coming in and saying they would help us out, but they wanted to take ownership or what have you. We explored the options but in the end we passed on them all.  I just wanted to make sure  I gave the audience 100% of what I wanted to give. Doing it independently allows full creative control if you know exactly what you want the world to look like.’

For most mainstream indy producers the nub of a project is a twinned story/character entity from which everything else spins off. Genre producers can be propelled more by the world they are creating, which is really a sensory experience. This is particularly true here, where Sparke replied to questions in terms of visceral set pieces and classic moments. The audience is along for the ride and the production builds the roller coaster.

The interesting thing about the task for the rest of us was the scale – they were determined to make something much bigger than we think possible, to steal an American genre for ourselves, to secure the fun of making a space opera, and the prospect of profit.

This kind of thing has a lot of moving parts, with a big cast, three large interior setups, all done while the money was raised at the same time. They broke the shoot into three, had a dispute with the Media Entertainment and Arts Alliance which pushed the second and third parts together and gathered a myriad of people for short interlocking periods of time.

Carly Imre had a baby in block one, and worked on block two a year later with production staff helping to babysit. She was the lead hunter for cast.

It sounds casual but they were building an intricate mosaic of people who could only be there for short (and different) periods of time around which the shoots had to be structured.

As Sparke said, ‘People bring people.’ His American manager Seth Nagle was able to assemble connections, while Clay Epstein hunted for presales. Imre turned to Australian Cinzia Coassin as casting director, helped along by Carolyn McLeod in the UK and Barbara McCarthy in the US.

The cast is led out by Temuera Morrison who has done important work in New Zealand. Ken Jeong is a Korean-American actor, producer and comedian, former Home and Away heart throb Dan Gilling has been with them on all of their features while Australian-Thai Jet Tranter is building a career as an action actress with a lot of physical work.

They look like a dependable group of genre performers who have smaller roles that make them familiar in that space, with agents who push them towards quality. Jet Tranter said on Facebook, ‘My Mum is finally proud of me because I’not the bad guy or the dead guy in the background’. Fortunately genre doesn’t run on marquee stars.

Ryan Trippensee, who came here from California eight years ago to work on I, Frankenstein and never left, was the special effects supervisor for the 700 or so shots which new company Creative Cupids controlled.

‘We’re quite small. For Occupation: Rainfall, our in house team was up around 21 or 22  but then we managed five other vendors and their teams, in order to facilitate the body of work. So it was a very complex dance of data, moving back and forth between all the various vendors and our in house team. In some instances, a single shot would have been touched by upwards of four different vendors, doing a different aspect of the shot to ultimately all come together into the final piece that you will see in the film.’

‘It was a really good budget for the type of film it was, but because of the scope and ambition of course it was tight. And we had to get very creative. But because Covid had come in and work started drying up across the board we had access to vendors that we otherwise would not have had, and we had the ability to to do things in a different manner than we normally would have, and it just really all came together at just the perfect point in history for this film to be done.’

Was Luke Sparke able to think economically and simply, or was he focused on huge amounts of action?

‘For the most part, yes. One of the biggest advantages of working with him is that he knows creatively what he wants. You know what story he’s trying to tell and he has ideas of what that could be, but then he wanted to talk to you about it. He wanted your insights.

‘He was very easy to brainstorm with, and at the end of the day, as long as the story was told, and it looked awesome on screen, he was happy. And that did make our work so much easier compared with other directors I’ve known in the past.’

Released on more than 200 screens, this is by far the largest venture for Australian distributor Monster Pictures, taking advantage of the shortage of films created by Covid. No matter how much they enjoyed the premiere last week on the Goid Coast – the first time they saw it with an audience – Sparke and Imrie are now confronting their make or break moment.

Sparke has made sure they have a useful marketing budget. ‘I’d be pretty hypocritical if I didn’t have a decent P&A. I’ve been bitching about great films coming out that don’t have a P&A. So when it came to this movie, I had to put my money where my mouth is.

‘Through our family and friends, again, came to the rescue to put up a large P&A on our behalf.  So we’ve been able to have TV ads that started last weekend. We’ve got billboards and bus stops and lots of different P&A avenues. It’s been really interesting people tweeting me and instagramming me and showing me pictures of their local bus stop saying they’ve seen the poster and that’s obviously working.

Reviews have been mixed. Our reviewer Antony Lucas enjoyed himself, which is the point, the major newspapers have carried the production story, Time Out is positive, Flicks calls it a fun sci-fi mashup, while Film Bunker has problems with narrative economy, Film Ink enjoyed the action eye-candy, but The Conversation has a major blech.

Everyone acknowledges the crusade to make this film, but nobody calls it a masterpiece, not even its makers in their heart of hearts. Purists will focus on weaknesses, but anyone who thinks that cheesy can be a great adjective will tell their friends to go.

It is all about pleasure, and how many Australians going to the cinema at the moment are just out for a heap of noisy kinetic fun.