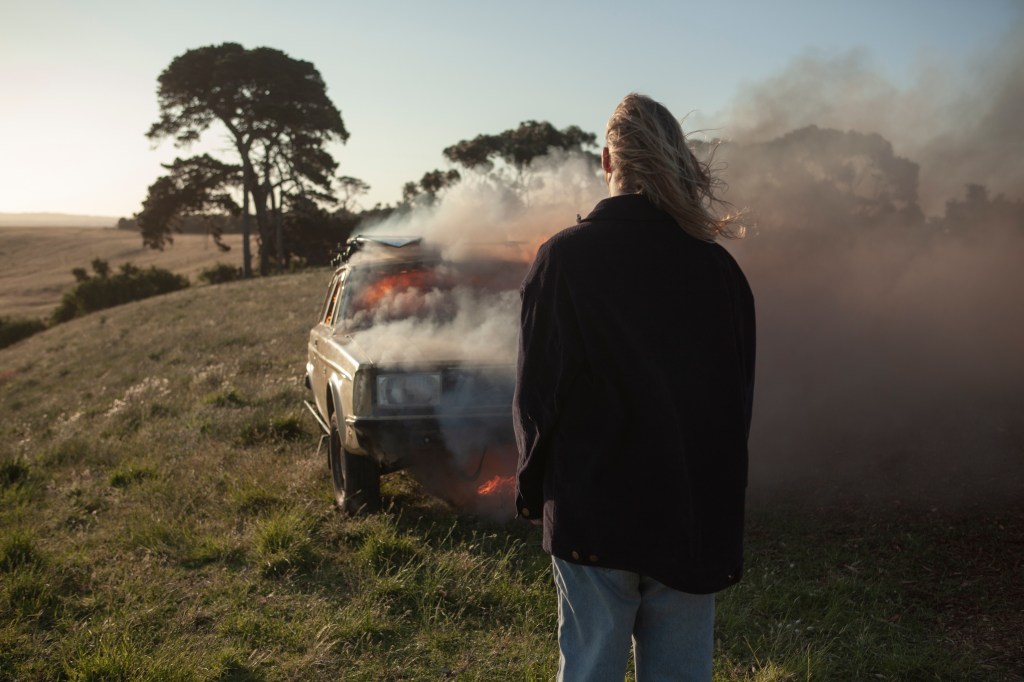 On Saturday night in Busselton in the southwest of Western Australia, the 2021 CinefestOz Film Festival had its gala closing night, where Nitram was announced as the winner of Australia’s richest feature film prize.

The CinefestOZ Film Prize comes with $100,000. It recognises excellence in the craft of filmmaking from an Australian feature film or feature-length documentary. Introduced in 2014, the prize is made possible through Tourism WA’s Regional Events Program, and past winners have included H is for Happiness (2019), Jirga (2018), and Ali’s Wedding (2017). This year, the other three other finalists alongside Nitram were Here Out West, River and The Drover’s Wife: The Legend of Molly Johnson.

Nitram, the drama thriller about the lead up to the Port Arthur Massacre, was written by Shaun Grant, directed by Justin Kurzel and produced by Virginia Whitwell and Nick Batzias. Starring Caleb Landry Jones, Judy Davis, Essie Davis and Anthony LaPaglia, depicts the lead-up to one of the darkest events in Australian history, and it premiered in official competition at Cannes this year, being the first Australian film to do so in 10 years.

On receiving the 2021 Cinefest Oz Film Prize Award, Nitram’s producers Virginia Whitwell and Nick Batzias said, ‘We feel honoured to have received this extraordinary prize for the film and thank the Jury, CinefestOZ and Tourism WA. In partnership with Justin Kurzel and Shaun Grant, we look forward to using the prize money to propel new Australian stories and support emerging and established local filmmakers.’

CinefestOZ Jury Chair Nadia Tass, who has supported the festival virtually from Melbourne this week, said, ‘The jury acknowledges the extraordinary challenges that each of the filmmakers has had to overcome to make their films in these unique times.’

The other jury members were Isla Fisher, Zak Hilditch, Judi Levine and Julia Redwood, and they were all in attendance.

Tass explained their mandate was to judge the four films from a perspective of excellence. ‘We explored many different film categories to judge – originality, the power of the story, the pacing, the structure, the memorable characters, the quality of the acting, the cinematography and how it is aligned with the narrative, and the ability of the filmmaker to create a strong and cohesive experience in the cinema.’

‘After much deliberation we agree Nitram presented a unique perspective of this story, with great use of cinematic language, depth of detail, particularly in performance and many layers of nuance.’

‘I feel extremely honoured that Nitram was selected and awarded the CinefestOZ Film Prize. Thank you to the Jury and I so wish I was able to attend. The film happened because a group of very dedicated and loyal crew and cast came together and believed in the project. A big thanks to the incredible producers Nick and Virginia who are just the most amazing people and if it was not for them we would not have been able to make Shaun’s extraordinary script.’

Chair of CinefestOZ Helen Shervington said, ‘It’s been another festival unlike any other, and I’m proud of the CinefestOZ team and Jury members for adapting to the ever-changing circumstances surrounding this year’s event.

Tourism Minister David Templeman congratulated the entire cast and crew and said: ‘The McGowan Government is a proud supporter of the WA screen industry and is committed to the construction of a screen production facility in Fremantle and of course the $16 million WA Regional Film Fund. Both initiatives will support the local industry to continue to grow and flourish into the future.’

Isla Fisher was also recognised at the evening’s gala for her outstanding contribution to the Australian film industry and named the CinefestOZ 2021 Screen Legend.

Nitram will be released in cinemas by Madman on 30 September, COVID permitting, and will also find its streaming home on Stan.