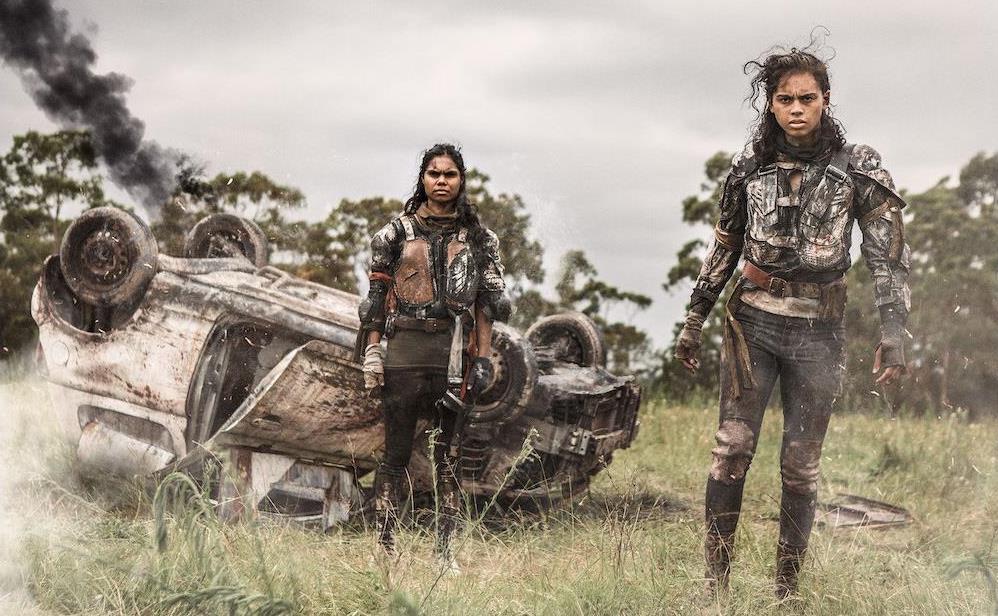 In 2015 the Roache-Turner brothers released their rough-around-the-edges zombie film Wyrmwood: Road of the Dead which rose to top spot on Netflix. Now they’ve just wrapped filming on the next instalment, Wrymwood: Apocalypse, in Sydney’s Dural, with a cast and crew of 100. The synopsis says: ‘In a post-apocalyptic world, this film follows special-forces soldier Rhys, (Luke Mckenzie), who teams up with a group of super-powered survivors to save a young woman from death. With a high-octane mix of weird and wacky tropes, the action-packed film also features home-grown talent Nick Boshier, Jake Ryan, Bianca Bradey, Jay Gallagher and the sensationally talented, indigenous actresses Tasia Zalar and Shantae Barnes-Cowan.’

Zalar is most recently known from playing Shevorne Shields in ABC’s drama series Mystery Road, while Barnes-Cowan made her debut in the ABC’s Total Control. ‘Now the insanely talented duo are coming together to dominate the living dead.’ Wyrmwood: Apocalypse is a Bronte Pictures and Guerilla Films production. Major production investment from Screen Australia in association with Screen NSW. Local distribution by Studio Canal and International sales by Arclight.

Ticket to Paradise sees QLD stand in for Bali

At the other end of the budget spectrum, George Clooney and Julia Roberts will be heading to Queensland this year for the filming of Universal Pictures’ rom-com Ticket to Paradise, directed by Ol Parker (Mama Mia! Here We Go Again).

The Hollywood A-listers are playing a divorced couple reunited in Bali for their daughter’s wedding. Attracted by the Australian Government’s Location Incentive program, the film will be shot exclusively at the Whitsundays, the Gold Coast and in Brisbane, and estimated to inject $32.7 million into the Queensland economy and create more than 1,000 jobs for local cast, crew and extras.

Shannon Murphy, the director of Babyteeth has been nominated for Best Director by the British Academy Film Awards for her debut feature. This follows a sweep of AACTA Awards, where Babyteeth won nine of its 13 nominations. Murphy will be competing against Thomas Vinterberg (Another Round), Lee Isaac Chung (Minari), Chloé Zhao (Nomadland), Jasmila Žbanić (Quo Vadis, Aida?) and Sarah Gavron (Rocks). Four of the six nominees are women. Winners will be announced on April 11.

Film Victoria brings low budget filmmaking mojo to inclusion and diversity program. Film Victoria, in association with Robert Connolly’s Arenamedia and SBS, has announced a joint development initiative climaxing in a $1.5 million low budget feature with a cinema release before a national broadcast on SBS. It is called Originate and is designed to accelerate the development of a slate of creative-led fiction features, turning early draft scripts into production-ready screenplays through a three-part process delivered by internationally renowned UK-based story developer Angeli McFarlane. Applications are open and close 11pm Thursday 15 April 2021. Visit film.vic.gov.au for details.

Sally Piper’s novel The Geography of Friendship will be adapted and developed into a 6 x1 hour series by Aquarius Films’ Angie Fielder and Polly Staniford, alongside Dollhouse’s Jessica Carrera and Rose Byrne executive producing. Screenwriter Guila Sandler will adapt the story about three female friends united after years of estrangement. Gracie Otto is attached to direct, and Krew Boylan will be a writer. No broadcaster or streamer has been announced yet.

If you have news you’d like us to consider, please email editor@screenhub.com.au.