Wringing blood from the budget stone the public broadcasters lay out their wares for the year ahead. Our fortnightly round-up of news, interviews and opinions from Australian film, TV and games.
Rochelle Siemienowicz 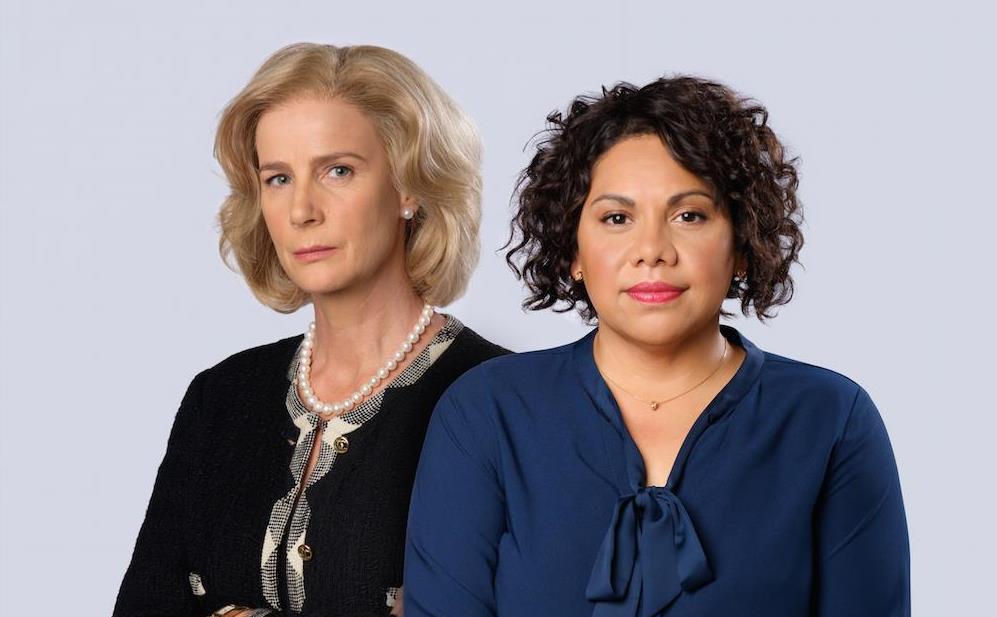 Rachel Griffiths and Deborah Mailman will return in a second series of Total Control for the ABC. Image supplied.

Yesterday the ABC announced its 2021 programming slate. There were cute and awkward pieces to camera by ABC talent and management, and despite comedian Wil Anderson’s quips about wringing ‘blood from a stone’, and Sean Micallef’s estimation that each episode of Mad as Hell costs ‘about $40 to make’, the public broadcaster is managing to look pretty good for the year ahead.

ABC Comedy is being relaunched as ABC TV Plus from 1 January 2021, and will encompass Australian comedy, religion, science, natural history documentaries, and the arts.

The ABC’s 2021 drama and comedy highlights include:

In documentary, highlights include the TV premieres of films Firestarter: The Story of Bangarra and Brazen Hussies, as well as series Strong Women and Women in Parliament. There are also a couple of COVID docs, Cracking Covid and The Invisible War. Here’s the trailer for a taste of the factual and arts programming:

Last week SBS announced its slate with five new commissioned drama series coming in 2021. There’s a fair bit of murder and mayhem in small towns or local communities from the looks of the synopses, but lots of diversity in the casts and characters. (Note that two of these are short form for SBS On Demand):

In documentary and factual, highlights include Jay Laga’aia’s Lost for Words exploring Australia’s staggeringly low adult literacy rates (for Endemol Shine); an adaptation of Jess Hill’s book about domestic abuse, See What You Made Me Do, and Jack Charles in Who Do You Think You Are?. There’s also a second series of archival documentary Australia in Colour and the 90-minute doc The Bowraville Murders.

Originally commissioned by the ABC, Endemol Shine Australia’s Old People’s Home For 4 Year Olds has won the International Emmy Award for non-scripted entertainment. Based on a UK format and narrated by Annabel Crabb, the social experiment series is executive produced by Debbie Cuell and produced by Brooke Hulsman and already won the 2019 AACTA Award for Best Documentary or Factual Program, and two awards at the 2020 New York Festival’s TV and Film Awards.

Apply Now for SPA Ones to Watch program

Applications for SPA’s much loved Ones To Watch program are closing this Sunday 29 November at midnight AEDT. An opportunity to establish ongoing industry touch points and unparalleled career opportunities, including the $15,000 SBS First Look Grant, a Silver Pass to SCREEN FOREVER, a Screen Business Essentials workshop, a series of skills focused webinars one-on-one mentoring with a leading producer.

In Case You Missed It