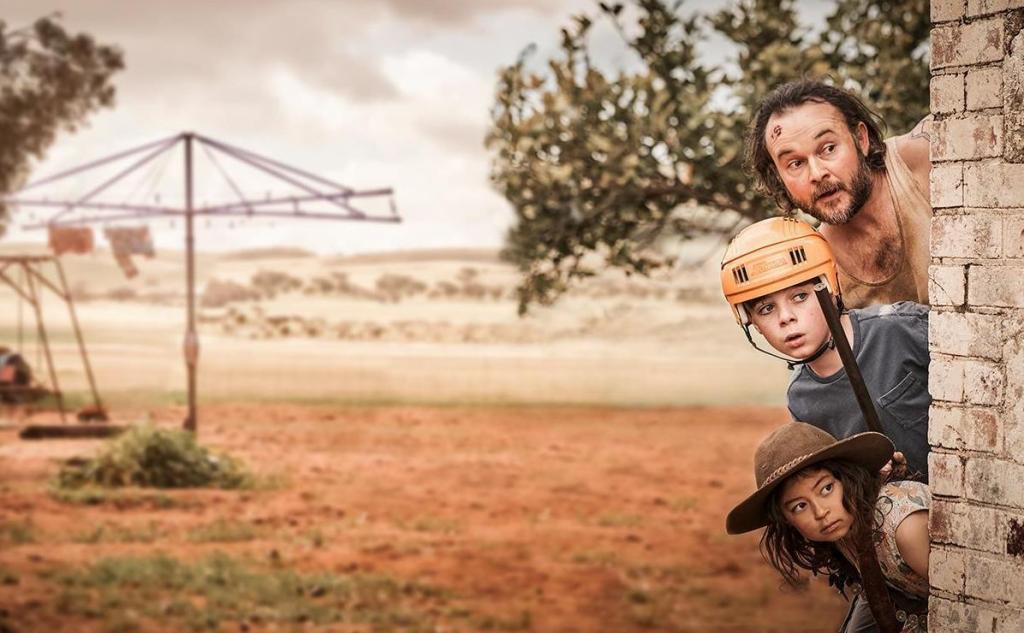 Plans are very shaky for Christmas this year, but not for Stan, who announced this week that production is currently underway in Adelaide on a new Stan Original comedy film A Sunburnt Christmas, to premiere in time for the big day.

Directed by Christiaan Van Vuuren, and created and written by Elliot Vella, Gretel Vella and Timothy Walker, the film is described as ‘a wild, hilarious and heartfelt story about a single mum and her kids doing it tough on their outback farm until a runaway criminal dressed as Santa Claus (Daniel Henshall) crashes into their property and their lives.’ Other stars include Ling Cooper Tang (The Secrets She Keeps), Sullivan Stapleton, and new talents Lena Nankivell, Eaden McGuiness and Tatiana Goode as the kids. Producers are Lisa Scott for Highview Productions, with executive producers Fiona Eagger and Deb Cox for Every Cloud Productions and Mike Jones co-producing.

With WA-shot Dirt Music in cinemas now, and Rams and Never Too Late coming out on the 29th, there’s a boom in news from the wild and COVID-free West, as outlined by the latest ScreenWest update:

Mental health webinars announced for screen industry. Following on from the documentary ‘The Show Must Go On’ comes Screen Well, a series of webinars tailored for crews, creators, performers and heads of department in film and TV.

Finally, the internet went a bit silly yesterday over the news that Warner Bros is definitely developing ‘Furiosa’, a prequel story for the Mad Max franchise, going back into the youth of the Charlize Theron character. She’s to be played by Anaya Taylor-Joy, with Chris Hemsworth confirmed to star in the movie that George Miller will  direct, co-write and produce with his longtime producing partner Doug Mitchell. Miller’s own Australian-based Kennedy Miller Mitchell banner will produce, but there’s not a lot of other detail available yet.