Netflix’s new ‘Play Something’ feature is for the indecisive

Netflix is introducing a feature that will let you put the decision-making into an algorithm's hands, if you want to.
Chris Button 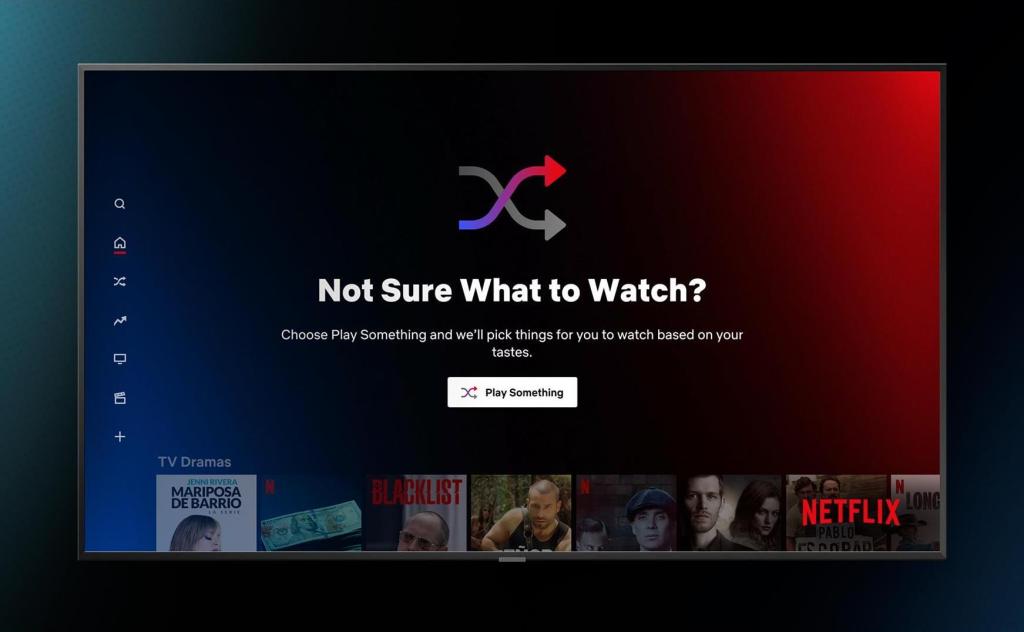 From today, streaming giant Netflix is rolling out a new feature called ‘Play Something’, which takes the viewing decision out of your hands.

After a series of trials last year, which included Netflix Direct, a traditional-style linear channel in France, and Shuffle Play among a sample of users, Play Something will be available for all subscribers to use.

With Play Something, Netflix uses its algorithm to immediately queue up a film or series you’ll likely be interested in based on what you’ve watched before. If you’re not satisfied, Netflix also lets you click again to ‘Play Something Else’ to start watching a new series or film, something from your list, or anything you’ve partly viewed.

As it currently stands, Play Something is coming to Netflix’s smart TV apps first, followed by other versions including computers and smart devices, so you may not see the new feature just yet. It does not appear to be on desktop or Apple devices in Australia at the moment.

When it’s available on your device, the Play Something button will appear either underneath your profile name, after scrolling to the tenth row of the Netflix homepage, or in the navigation menu.

Accessibility is also a factor Netflix has taken into consideration, with Play Something supporting Text-To-Speech for subscribers using screen-readers. More information is available via Netflix’s accessibility help section.

Netflix Direct was an interesting test case, as it simulated a similar viewing experience to watching traditional television channels. Conversely, Play Something retains the on-demand nature of streaming services in beginning an episode or film at the beginning so you don’t miss anything.

If you can’t wait for Play Something to roll out, there are various workarounds to try in the meantime.