The government has released hidden submissions to the last digital enquiry, so we discover how Netflix has armed itself to resist.
David Tiley 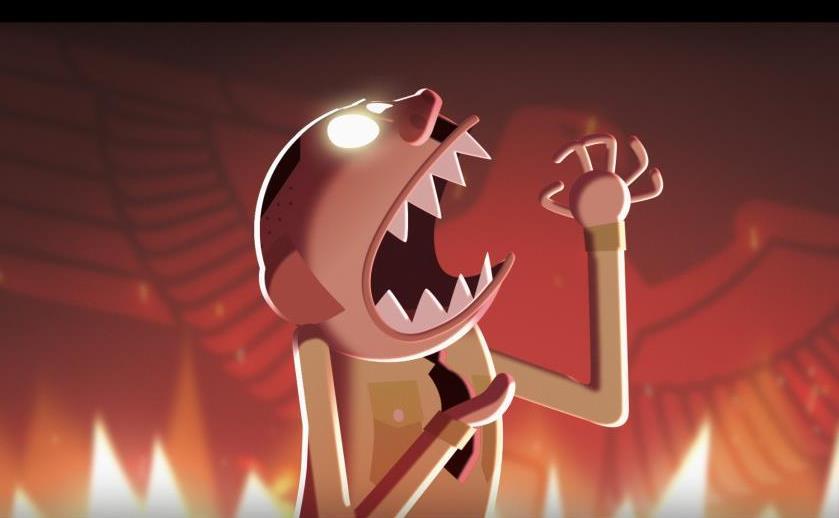 How long can we stand the fight about regulation? Love, Death and Robots is on Netflix.

Did you know that Netflix does not exist? All those binge weekends we have been staring at empty screens. Disney hasn’t arrived either, and Stan is but a dream.

In late 2017, the government asked the Australian Competition and Consumer Commission  to investigate the impact of digital platforms on consumers, advertisers and the choice and quality of news and journalism. But it did not include subscription video on demand.

The report, issued in July 2019, mentioned Netflix three times in 623 pages. It did say that the government has to include local content obligations, which covers a huge jungle of issues. Other than the SVOD hole, the document has some interesting ideas and important data.

Read More: ACC wants to regulate both media and the news

Oddly, none of the submissions on the Final Report were made public so the sector could not respond to the arguments or benefit from the factoids.

Minister Paul Fletcher committed to a response by Christmas but had to back down. Instead the government sent  Screen Australia and the Australian Communications and Media Authority off to prepare an options paper to be delivered at the end of February. This time Fletcher was in control and he wants to fix the Netflix/FTA regulation problem, so the ministerial request refers explicitly to Australian content obligations on subscription video-on-demand services. He wants to know

Fletcher went on to refer to Netflix and streaming in an op-ed, and wrote explicitly about the burden carried by domestic broadcasters which are not felt by overseas providers. It was his key example of the need for change.

At the same time, the government released the texts of the submissions which the campaigners were prepared to make public. Screen Producers Australia (SPA)  pounced on the documents and mulled over them into this year.

The absence of the big streaming companies distorted the whole discussion. Netflix, for instance, presumably takes around $500m/year from Australian subscribers. In broader terms, Nine’s income from TV altogether was $563.5m. So Nine and Netflix are operating at roughly the same scale though the costs and profit centres are wildly different. These are large amounts of money.

Government attempts to limit enquiries are legion, and individual submissions often jump the fence to introduce forbidden topics. But the submissions to the ACC enquiry were content to accept the fiction that Netflix does not exist.  Pretty well everyone just whistled and looked at the ceiling. Look more closely and we find the resurgence of an ancient quarrel which has been fought out in various forms since the earliest days of Australian cinema.

American interests work very hard to control the Australian screen industry, using exactly the vertical integration tactics which were illegal at home. Buy the cinemas, run your films, shut everyone else out, watch the local industry wither.

The legendary fixer here was the sinister Jack Valenti, who is claimed to have flown to Australia to personally pressure Gough Whitlam to limit government support for the emerging screen sector. For 38 years he was head of the Motion Picture Association (MPA), the representative organisation of the Hollywood studios, which also set up the Oscars.

The MPA still exists and it made a submission to the enquiry, which represented the mainstream studio view on the whole regulation proposal. Netflix, absent on its own behalf, is now a full member, just like Disney and Warners and Universal.

So the studios are backing the Netflix battle against regulation. It looks at the moment like a divide-and-conquer approach since the Europeans are currently setting up a quota system using the leverage of its huge market. What is more, shows they are forced to support in Europe may well be worth financing simply because they have enough appeal to make the investment back.

But the Australian market is different because it is a lot smaller and it does not have an international brand like French crime or Nordic Noir or Korean court drama. While Netflix is surely against regulation for ideological reasons and will detest the complexities, it may have discovered a more practical reason in the Australian case. It is less likely to recover the costs of a major Australian production in this market, so they will rely on international subscribers responding strongly.

Local shows are not going to make much difference to Netflix in Australia because they are such a tiny fish in the barrel. On this Stan has them up against the wall. They are not a useful branding tool, so why bother.

The MPA happily jumped on the absence of Netflix in the terms of reference, and pointed out that the situation is evolving and too hard to anticipate, etc. It reminds readers that this issue is genuinely complicated and needs more attention. It sniped happily at the way in which the government supports the local broadcasters in return for regulation. This is a clever line because the original system traded access to spectrum for socially valuable content, and overseas SVOD providers are not getting any benefits in return for regulation.

Netflix is objecting to the whole concept of harmonisation, which is pretty well accepted in the debate. That is the idea that everyone should operate by the same rules. But, says the MPA, they are simply not comparable and issues an implied threat. If the government tries to link the two, it will be faced by yet another round of yes-but technical fighting which is the last thing it needs.

‘MPA further notes that any consultation on a regulatory framework for access to Australian content by Australian audiences must be based on solid evidence following an investigation of this market sector and address a clearly articulated market failure for the production of Australian content by SVOD services, if any.’

In other words, prove it or shut up.You can’t prove it until it is working fully.

There are some nasty implications to all this. Ultimately the FTA broadcasters don’t want to be regulated at all, and the MPA will be happy to argue that harmonisation could be read backwards so that the FTAs get the ‘benefits of freedom’ which Netflix et al currently enjoy. Also, this debate is just one mess that the government has bundled into the whole digital debate though Fletcher is unpicking the issues and working through different sets of options.

However, SPA is now injecting a whole new set of comparisons into the debate. While we fuss and obfuscate, the Canadian government has been conducting an enquiry into the modernisation of its media legislation. The Canada’s Communications Future: Time to Act final report has just been issued, with a boggling 97 recommendations.

‘We heard from many stakeholders who expressed concern at the significant loss of revenues in the traditional broadcasting sector and pointed to the competitive disadvantage Canadian companies face against online entities, mainly foreign, that are deriving significant benefits from operating in Canada without any corresponding regulatory obligations. We found that a growing number of jurisdictions have affirmed their cultural sovereignty by imposing obligations on media services that provide content to audiences in their countries. We believe strongly in a fair regulatory regime in which companies that carry out like activities have like obligations.

‘Recommendation 60: We recommend that all media content undertakings that benefit from the Canadian media communications sector contribute to it in an equitable manner. Undertakings that carry out like activities should have like obligations, regardless of where they are located.

‘The CRTC has effectively been using spending requirements and levies to support the creation of Canadian content. To achieve cultural policy objectives, the Commission should be able to impose such requirements, as appropriate, on the full range of undertakings involved in curation, aggregation, and sharing.’

‘Recommendation 61: We recommend that the Broadcasting Act be amended to ensure that the CRTC may by regulation, condition of licence, or condition of registration:

They manage to make the whole thing seem so sensible, and they have already worked through the legislative pathways, while we are stuck with internecine sector fighting with players who refuse to concede the notion of the common good, which is the primal infrastructure which make all this economic activity possible.

Recommendation 61 commits the government to regulating what we call terms of trade, in which powerful entities conduct business with smaller partners. It creates the proverbial level playing field and gives the victims some muscle. SPA chews away at this all the time.

In fact, the Canadians and Australians are often thinking in parallel here even though they have very different histories of media  regulation.

In its response to the original report, the government commits to ‘addressing bargaining power concerns between digital platforms and media businesses by tasking the ACCC to facilitate the development of a voluntary code of conduct…’

That is terms of trade. It also wants privacy protection, where the code is binding rather than voluntary.

It reaffirms its commitment to harmonisation by ‘commencing a staged process to reform media regulation towards an end state of a platform-neutral regulatory framework covering both online and offline delivery of media content to Australian consumers. That level playing field concept could contain a world of pain.

Much of the argument should be about the costs and economics. Indeed, SPA has noted that several data claims are misused or simply untrue. Calling Shantaram and Clickbait Australian productions is not technically true; they are using the international attraction mechanisms of the Tax Act, not the domestic. The industry has been able to use ACMA reports to nail down the Australian broadcasters, but that information has now evaporated.

Once the broadcasters weren’t paying a license fee, the legal requirement to provide the data disappeared. It’s like our missing Netflix service. If the data doesn’t exist, how can we argue the case.

An argument without facts is just political posturing, and we may as well use custard pies.