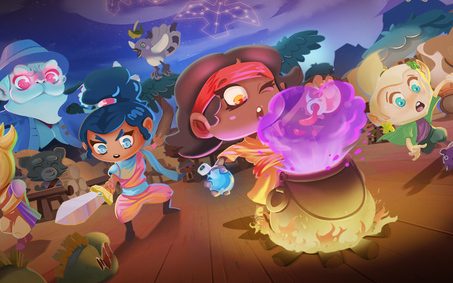 In celebration of Melbourne International Games Week 2021 (MIGW21), Creative Victoria is releasing a series of videos, with support from GamesHub, that shine a spotlight on the strength of the state’s video game development scene.

Notable shoutouts include Golding’s ABC Classic colleague Meena Shamaly for his composition work on Innchanted, which is set in a fantasy world based on Australian Indigenous mythology.

They also go to Maize Wallin for their work on Wayward Strand, and Belinda Coombes who composed the dark sounds of Ring of Pain.

Golding also speaks to his excitement about MIGW21 being a place to discover new work emerging creators in the game space, no doubt at events like Parallels, a showcase of in-development Australian games.

Golding is also one of the mentors of Wordplay, a games writing mentorship program running as part of MIGW21 in partnership with GamesHub.