The Melbourne Queer Film Festival has moved from movies to a movement as it spreads across cinemas to celebrate its 20th anniversary.
David Tiley 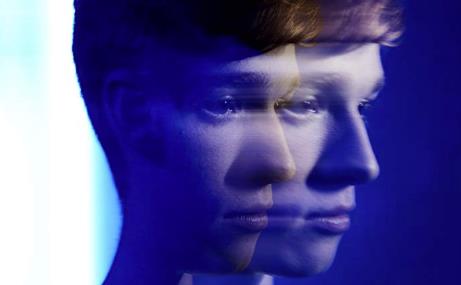 Sequin in a Blue Room – image from poster

The festival launched on Thursday 12 March with 100 films and runs until Monday 23 March, giving it the scale and organisational complexity of many international film festivals.

From a filmmaker’s point of view it is a feast of pictures which seek to merge both true cinema and popular entertainment. There are three sessions which are specifically Australian.

Sequin in a Blue Room is the debut film of Samuel Van Grinsven, who electrified people who worked on it as his graduation film at AFTRS. It also had strong support at the Sydney Film Festival where it was given the Audience Award for Best Feature before moving to the Melbourne festival. According to the program

It runs on Saturday at the Village Jam Factory, on 18 March at Cinema Nova and then 28 March in Shepparton and 18 April in Morwell.

Unsound is directed by Ian Watson, a veteran director with a great reputation in high end television. The writer is Ally Burnham, a graduate of NIDAs masters degree for writing for performance after an undergraduate degree at Griffith Uni in Queensland

Noah, a young guitarist in search for inspiration, quits his tour to return to his estranged mother’s house. Unable to deal with their complicated relationship, Noah seeks distraction at bars and nightclubs. One night, led by the strong beats coming from a party, Noah enters the community Deaf Centre where he meets Finn, a deaf trans man in the early stages of his transition, who DJs and organizes parties at the Centre.

Their mutual love for music unite them. Finn finds in Noah the support and understanding he’s been looking for. Noah finds in Finn the inspiration he needs for his music and a beautiful relationship develops.

This Australian feature provides a delicate representation of love, respect, empathy and acceptance and features singer Christine Anu in a supporting role.

Seventeen-year-old closeted Jane creates an underground event in the basement of her suburban home, all on the brink of Melbourne’s first gay liberation movement.

A lonely abalone trader is awakened by a longing he’s never explored before.

A nine-year-old closeted evangelical christian tomboy must prove her faith by vandalising an LGBTIQ+ sex shop.

Upon the retelling of his first relationship as a teenager, an older man reflects on the strength and vulnerability required in both boxing and in relationships.

Shy Lucy is keen to please her enigmatic best-friend Alice, but when a double tinder date with two older men turns ugly, she must fight to protect Alice and in the process recognises deeper feelings she has for her.

When tragedy interrupts their seaside tryst, the prospect of going public brings two men to a stand off

An emotional exploration of the complexities of ageing. Adrienne and Stewart must care for their ailing mother in the face of an apparent sexual awakening and a strict nursing home policy.

Jules walks into a music store. This could be the day that changes their life.