Meet the TV Buyers: what do they want in scripted and factual?

In two Screen Forever sessions, some key buyers in factual and scripted talked about what's rating and the gaps they're looking to fill.
Rochelle Siemienowicz 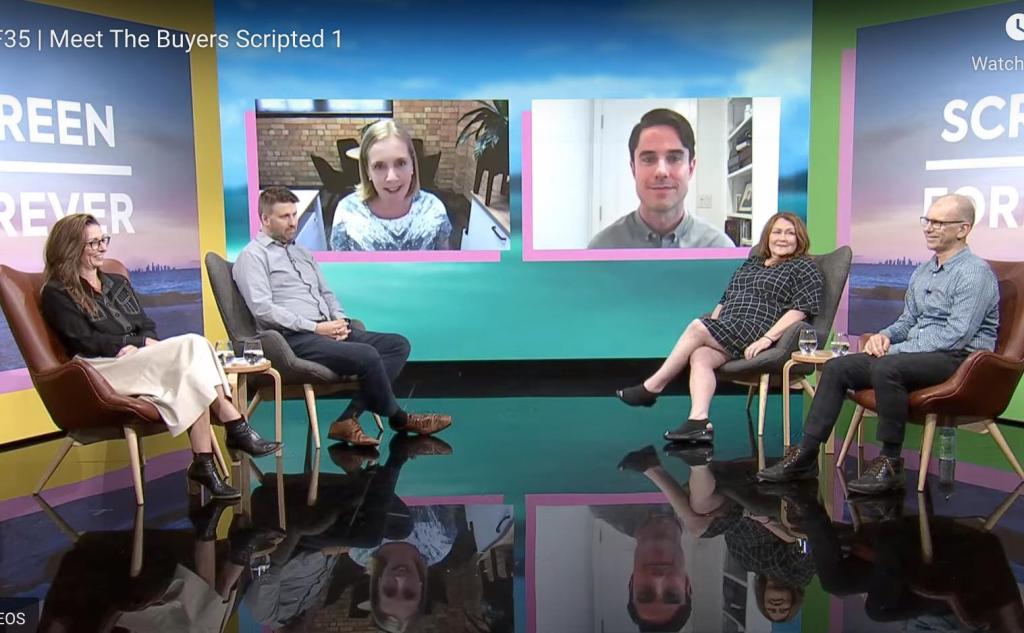 The Meet the Buyer TV sessions at Screen Forever this year were  great for writers and producers looking to suss out the market, understand local TV tastemakers, and find the right home for their pitch.

On the panels were people responsible for acquiring the shows. They talked about their particular audiences, what’s doing well for them and what gaps they’re looking to fill. This kind of panel is necessarily vague and tricky with a bit of witch-doctoring always involved. What’s hot right now soon won’t be, and the next big thing often comes out of nowhere.

On the other hand, it helps to know if your audience for drama is predominantly female and over 50. Exactly what that means is up for discussion.

These buyers also talked about how to best contact them. There were no hard and fast rules but they were all theoretically open to ideas. It turns out emails are still good, pester power can work (if you’re not too obnoxious), but being connected to established producers and experienced teams is still the golden key. Unattached newcomers with great ideas are encouraged to keep trying.

In the Meet the Buyers: Scripted 1 session, moderated by Jo Dillon, Chief Creative Officer of Screen Queensland, we heard from some of the key decision makers shaping our local drama landscape.

Who are the audiences and what do they need?

Sally Riley said the ABC audience for broadcast skewed older (apart from Wednesday nights, which was a youthful comedy lineup) but was generally  ‘over 50s, but groovy older 50s who will take on challenging content and come on the ride with us.’ On iView it skewed much younger, around 20-45, but something like Mystery Road pulls everyone in.

The dramas at the ABC really drive the audience on iView, so they have to be great and they have to be ‘an event’. Recent successes include Total Control and Harrow. What they’re looking for next are more event dramas for the 8.30pm Sunday slot, and shows that give a real emotional journey for the audience, and now more than ever, ‘a sense of hope and connection’.

On Nine, Andy Ryan said the audience was about two thirds women, so dramas with female appeal were key, especially if they were a good match with lead-in reality, for example The Block leading into Doctor, Doctor, or Married at First Sight leading into the upcoming Amazing Grace. Acknowledging the difficulties of the last five years in terms of audiences having so much choice, Ryan said Nine is trying to turn it into opportunities, and they’re looking for shorter run event quality dramas that add ‘texture to the slate’ and ‘create noise’ in terms of subject matter or cast.

On Stan, Nick Forward also said they were looking for emotional journeys, citing the recent hit series It’s a Sin about the UK AIDS crisis in the 80s. ‘It was great to have an excuse to cry,’ he said, likening it to last year’s hit Normal People, another weepy. He said it was too difficult to define audience age at Stan. ‘Anything between seven and 60’ was the go for the diverse slate of drama series and feature films, though they probably skewed younger than the broadcasters. Because of the nature of the streamer, there’s no requirement for one show to flow to the next.

In scripted, Stan have also been acquiring local features like I Am Woman, Relic, which did incredibly well for them, and True History of the Kelly Gang, and also experimented with the lightning quick turnaround (4-months) of A Sunburnt Christmas. ‘We’re looking for worlds to escape into,’ said Forward. He mentioned Bump as a show that’s hit exactly the right note at the right time.

On Amazon, Tyler Bern said their audiences were so broad it was impossible to give age or gender generalisations and this was a reflection of the content, from big global originals like The Boys and Jack Ryan, to UK shows like Fleabag.

Bern said that the biggest change at Amazon over the last 12 months had been their move into features after the shutdowns of movie theatres. ‘We’ve gone out and bought a number of features that were premiered exclusively to our customers and had a lot of success with things like Borat 2 and Palm Springs.’ He mentioned The Very Excellent Mr Dundee and upcoming I Care a Lot, with Rosamund Pike. ‘This success with features is really informing Amazon’s development slate for Australian features, with the aim to launch features in the next 12-24 months.’

At Seven, McGauran said that the audience for scripted was definitely women over 40. But on 7+ shows like Home and Away were huge and went younger. (Long running vintage hospital soap All Saints is apparently still attracting an audience.) They’re looking to commission good stunt event dramas, might be 90 minutes or 2×90, especially true stories, some 6-8 parters but nothing too long run. ‘True stories are where we should be looking.’

Focusing on factual and documentary content for television, this session was moderated by Ben Davies, Producer and Founder of Ronde Media.

The move away from one-off documentaries on television is not news to anyone in the sector. Never say never, of course, but recurring series and formats are what the buyers want.

The move away from one-off documentaries on television is not news to anyone in the sector.

Joseph Maxwell at SBS said producers had to keep in mind the station’s charter as the nation’s multicultural broadcaster, and its mandate towards social cohesion, though from a factual TV point of view, ‘hate is interesting to us.’

‘Our strategy is to very much look at big social issues that can often be quite divisive, and that heat is interesting for us because as a smaller channel we want to find ways to get the nation talking.’

SBS is looking for series and formats about big issues that have national import. Poverty, literacy and homelessness have been winners in the past, but also they need new ideas that ‘aren’t too worthy or too nice’. They get lots of the same thing, so be creative. They like stunts, like slow TV, and they have some money to spend, ‘absolutely’.

At SBS’s sister station NITV, Kyas Hepworth said commissioning was completely independent from SBS, though some shows crossed over, like their huge hit last year, Warwick Thornton’s The Beach.

The audience at NITV is specifically Aboriginal and Torres Strait Islanders but the idea is to have broader appeal for other Australians too. ‘I want entertainment that’s provocative Blak content,’ she said, advising producers to look carefully at what’s already out there. You need to look at your finance plan and of course have Indigenous key creatives! Two out of three, to be precise. And ask yourself, Is it the right time to tell this story?’

Bringing some of your own funding is always a nice thing, no less for NITV, and ‘look out for our initiatives where we partner with agencies like Screen Australia,’ Hepworth said. (She added that they weren’t looking for one-off feature docs ‘unless they’re amazing’.)

Read: Playing with Sharks: beauty, art and a life redeemed

At Discovery, Darren Chau said they also want factual programs that are returnable, and they have to be in Discovery’s very specific editorial style, so have a look at what they do before you go there. This editorial style also means Discovery is more likely to work with the producers they’ve always worked with.

Speaking of what has worked well at Discovery, Chau used some fun format describers like ‘Soaps for Blokes’ and ‘Difficult Jobs’. You know, the kinds of shows about ambos and firefighters. Unique characters and unique Australian locations were on the wishlist. A clever finance plan is ideal. But just to flip everything he’d said on its head, Chau said they’re are now looking to diversify and want to get content that trends towards women, even if it’s still sport or true crime.

Sarah Thornton at Ten made the surprising (to me) observation that, ‘We as Australians are under-served for returnable precinct-based ob docs,’ like the phenomenal Bondi Rescue for instance. She said that’s the kind of thing Ten is looking for. It must have strong characters, unique approach and broader social relevance. They want conversation-generating hi spec factual that could fit into the 7.30pm slot as one of their franchises, like the original Big Brother, or something like Bear Grylls on the Island. ‘That kind of upscaled factual that is a bit of a genre fusion is the kind of thing we’re looking for. She also mentioned Lindy: The True Story as an opportunistic one-off that had social relevance. ‘The questions for us around ob docs are around morality and asking ourselves questions as a viewer.’

At the ABC, Julie Hanna said commissioning unique contemporary Australian content was at the heart of what the ABC did and that they were committed to continuing to work with the independent Australian production sector, which must have been a relief to producers watching, with the fear always that the cash-strapped ABC will bypass them. Making content that worked across multiple platforms and took risks with subject and form was also part of the brief.

Hanna said the ABC was open to all ideas, but producers should ask, Why now? and Why the ABC? They were looking for things to fill the Tuesday night 8-8.30 slot, but also how things would work on iView too.