As conferences quit for lack of funds Adelaide's Media Resource Centre fights back with the power of poverty.
David Tiley
[This is archived content and may not display in the originally intended format.] 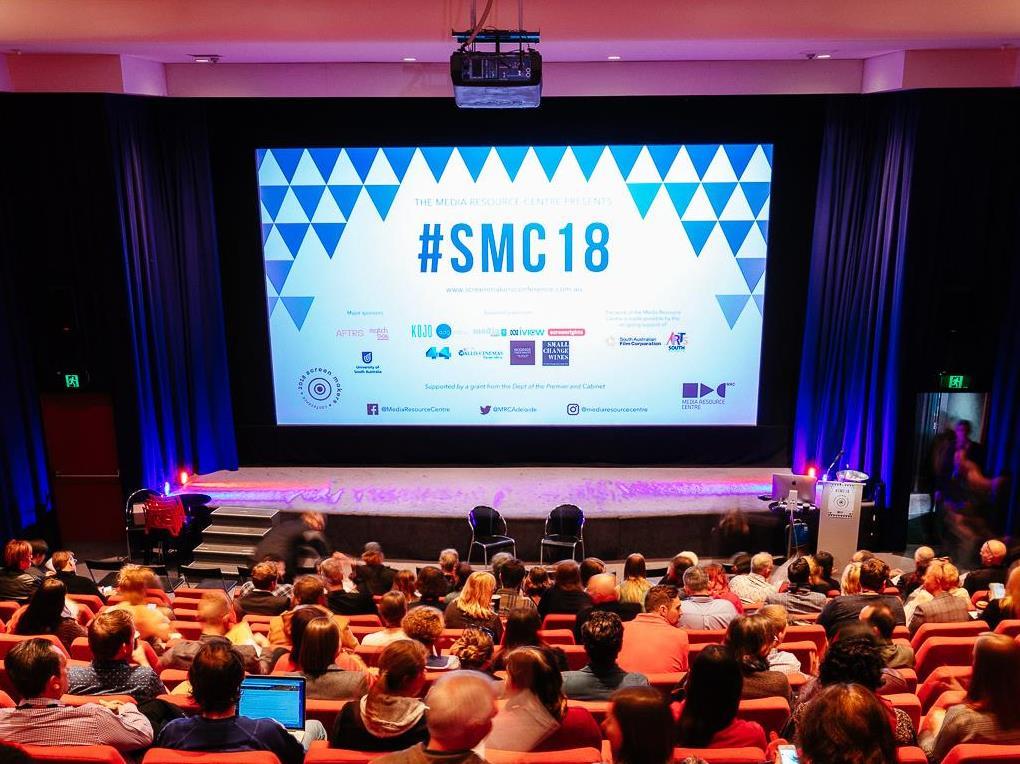 That is a fair roundup of the usual suspects with a direct professional concern for the non-traditional sector. In addition, Foxtel’s Head of Drama Carly Heaton was joined by Andy Ryan the Co-head of Drama at Nine. Ten was there too, with Azar Marashian, the Head of Acquisitions and Development Manager.

Madman’s Paul Wiegard was there, with Pam Barnes from FremantleMedia and the amiable Paul Walton representing Princess Pictures, while Matchbox and Screentime provided their local executives. Along with masterclasses delegates could pitch and join roundtable sessions. This is looking like a market which is pushing to engage creative people from new parts of the ecosystem.

‘It was very successful’, said Gail Kovatseff.  ‘We were overwhelmed by the amount of wellwishers and positive notes that came in afterwards, from the delegates through to all of the speakers.

‘So far we have focused on the regional and small cities market because access for them is always harder. We are  in early discussion with the interstate bodies about how we can involve even more interstate emerging practitioners.’

How the conference sector has changed

Producers travel overseas to conference/markets as varied as the Hong Kong Filmart, The Asian Film Market in Pusan, Kidscreen, the American Film Market, the Shanghai TV Market, Hotdocs and MIPCOM. And that is just a few.

As Gail Kovatseff pointed out, these opportunities are essentially vertical, enabling production companies to reach out to a larger market, to ultimately grow as enterprises. There is another approach to conferences which is horizontal, where practitioners share their craft and experiences as professionals.

The AIDC is a hybrid, but the purist horizontal approach has basically collapsed. The days of the Writers Conference run alongside the Australian Writers Guild have gone, the Australian Directors Guild has withdrawn, and SPA Fringe has been subsumed into Screen Forever.

Each one of these had a special magic, driven by common craft needs, and the opportunity to bring together a scattered community. Here, more than anywhere else, experts opened up and told the truth about the true nitty gritty of their work and lives. But they were expensive to run, there is little sponsorship money, and Screen Australia baulks at the cumulative bill. They are also not a good solution to diversity and regionalism because delegates have to grit their teeth over travel and hotel costs.

The ADG very consciously decided that it would replace the national system with seriously curated local events. The Writers Guild has indirectly stepped into the development process. Smaller Guilds are running local events which are really valuable. AFTRS, mostly in Sydney, hosts excellent specialist encounters with working professionals.

So there is plenty going on, but it’s not focused or strategic. In the meantime, the industry has been transformed by the tidal wave of digital change which touches us at every possible level. Just one example: every organisation runs its own newsletter which is a valuable way of dealing with a scattered industry and bringing people to events.

What happened to the emerging sector?

The big question is: what about the amorphous jellylike thing that used to be called The Emerging Sector in bureaucratic documents? Once upon a time the key figures were producers on a career path to conventional production, now nestled in the SPA Ones to Watch program. Broadly speaking they managed directors and writers who came from the tertiary education sector heavily spiced with filmmakers moving sideways from acting, writing and technical crafts.

The Screen Resource Centres skittered around a continuous development approach for a generation, but eventually ran foul of Screen Australia’s declining resources. Cut a federal agency and it turns essentialist, going back to core business and dumping everything else out with the cat. QPIX in Queensland, the Film and Television Institute in WA, and Metro Screen in Sydney were ground into extinction. Open Channel in Victoria exists in name only at the moment.

On the way, Open Channel and the Media Resource Centre both created a version of the local mini-conference which was pretty successful. People travelled interstate and some experts presented via Skype. The Open Channel conferences, supported by Docklands Studios and the larger Melbourne community were impressive.

Even here, these events moved on from the purely horizontal. They created their own marketing strands into the evolving indy landscape.

Experts as diverse as Screen Australia CEO Graeme Mason and indy producer Robert Connolly have been arguing that we need very different models which set budget levels at a realistic level to recoup, which have the right script support, and can be exhibited in some way. That is a beautiful sentence. Underneath it is the idea that different productions need different models and different exhibition opportunities.

This tells emerging creators that there are other ways of visualising, making, financing and reaching audiences. While they make an end run around constipated conventional structures, they also pioneer new opportunities. Screen Australia continues to fund digital solutions, the ABC runs the iView option and state agencies develop low budget feature programs.

How do we take advantage of this ferment by coalescing teams, creating new genres, finding new audiences and turning this into shared learning?

One solution is totally commercial. The web citizens now have Vidcon, an annual festival-conference in Melbourne which captures Youtubers with a more ambitious sense of their future, while Screen Australia has a variety of deals with Google and Youtube.

The net as catalyst is now very familiar. Learn from it. Stream and share. Make webseries. Storm the fortress of broadcast television.

Conferences work well but we all know the costs are prohibitive at the experimental/community/entry level. Who has a spare $1000 and that is just for the ticket? Those numbers are inevitable because big conferences are expensive to run and the organisations create classes of tickets to try and soften the blow. It is just a very big problem, creating a fence around the democracy of ideas.

But the Media Resource Centre has its own venue and experienced staff who work across both film development and events. This year the SA government came on board to grow the event. MRC alumni like The Racka Racka Brothers and Dario Russo from Danger Five brought their national profile to the sessions. The MRC decided not to use the conference as a profit centre and committed itself to a price under $200.

The MRC argues that this signals a new approach which is consistent with the SA tendency to back experimental practice through both the Adelaide Film Festival and the South Australian Film Corporation. That relates to a very old idea in the screen infrastructure: that filmmakers could work with community activists to create programs which were authentic to lived experience and real cultural flashpoints. In Adelaide, always a touchy-feely town, that idea never disappeared.

As Kovatseff said, ‘We bring a long distinctive history of community activism in this state which we still support in programs addressing social isolation.’

That community activism is a specialist area of expertise, which the MRC has brought sideways in a time of industry ferment. ‘We have become a community of industry practitioners, and we extend our community-building skills into the professional industry which really helps with the conference.

‘In the age of following and not joining, we are one of the few arts organisations with a growing membership-base.’

As far as she is concerned, this makes the MRC a national base for an emerging-oriented, diversity-inspired regional conference with national value. The evidence so far is that she is right, despite the obstacles.