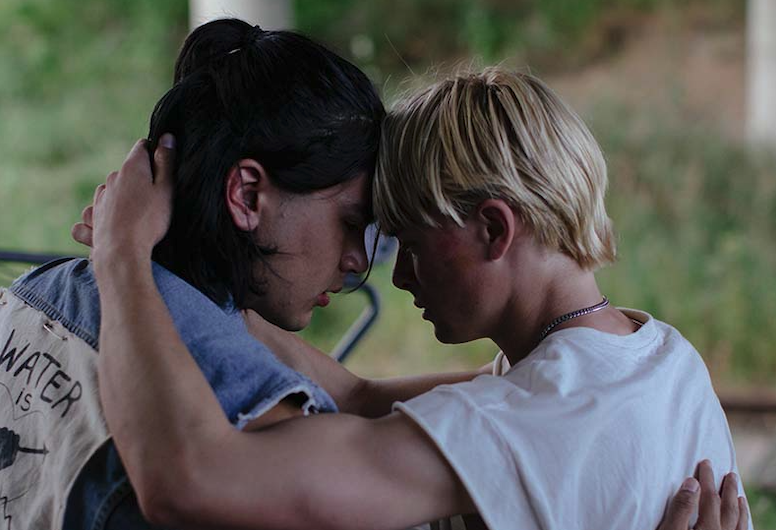 The pick of LGBTIQ+ storytelling from around the globe is coming to Sydney once again, thanks to Queer Screen’s 29th Mardi Gras Film Festival. This year’s selection features a lineup of 119 films from 37 different countries, delivered across 14 days. And the best thing about it? With new live streaming options, you’ll never have to leave your couch.

With a focus on global First Nations storytelling, the opening night film Wildhood depicts the tale of a two-spirit youth named Link who, together with a pow wow dancer named Pasmay, sets out on a journey across Canada to find his birth mother and reclaim his Mi’kmaw heritage. The Opening Night Gala takes place on Thursday February 17 at Event Cinemas.

The festival will also highlight several political activism documentaries in its program ‘Rebels With A Cause’, including an expert profile of Australian-born activist Peter Tatchell in Hating Peter Tatchell (in cinema), showing Sunday February 27 at Event Cinemas.

Festival director Lisa Rose says that these two main strands of the festival ‘honour stories of queer strength and resilience, be they factual or fictional. They shine a light on people with the resolve to survive and thrive in all possible circumstances.’

Among the many Australian films showing at the festival is Romp (in cinema), an episodic follow-up to Love Bytes. Three queer housemates in their thirties throw themselves at the dating scene, and chaos ensues. Showing Tuesday February 22 at Event Cinemas.

Also in the program is My Queer Career: Australia’s richest queer short film prize and eight entrants – including animations, coming-of-age tales, comedy, documentaries and more – are in the running for more $16,000 worth of cash and support.

Another 18 short films produced in Australia are set to premiere at the festival.

No Straight Lines: The Rise of Queer Comics (On Demand & In Cinema) features LGBTIQ+ creator Alison Bechdel and charts the hidden history of queer creators in comics – an industry dominated by straight, cisgender men. Showing Tuesday 22 February at Event Cinemas.

Finlandia (In Cinema) is a magical realist drama following a group of muxes – the indigenous Zapotec peoples ‘third gender’ – as they heal from their individual battles. Showing Thursday 24 February at Event Cinemas.

Death and Bowling (On Demand & In Cinema) is another film to watch out for. It mixes magical realism with John Waters surrealism and an (almost) all-trans cast and crew. Showing Sunday 27 February at Event Cinemas.