Make a film in 48 hours? No problem, says Adelaide

Australian input to the global 48 Hour Film Project is back, at least in Adelaide with a crazed weekend of massed production.
David Tiley 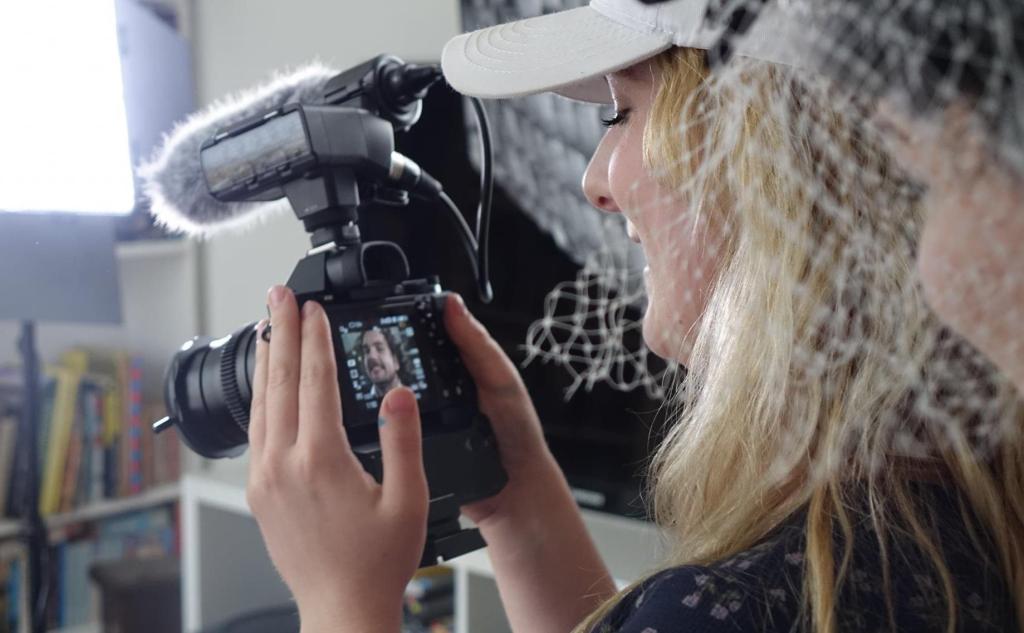 Do you need another take? Every second counts! Image: Adelaide 48 Hour Film Project

Despite the pandemic, the annual 48 Hour Film Project is proceeding in some 130 cities around the world over 2021 involving a claimed 60,000 people. In Australia its most consistent centre is Adelaide, which is running its sixth weekend between 30 April and 2 May.

The weekend usually rolls out around the world over October-November. The Adelaide event is delayed until now; there are producers in Sydney, Melbourne and Brisbane, who may emerge at some unspecified time later in the year.

Each film must be between 4-7 minutes in duration with wiggle room around credits. The teams gather on Friday night at art bar Arthur Inc and a common line of dialogue, a specified character, and a prop is announced. Just as the contestants recover their breath, a representative draws two genres from a hat and then chooses one. There are 30 of these which change from year to year.

Then the fun begins. Veterans will tell you that two days and two nights is just short enough to survive without sleep but sanity is impossible. They come back to Arthur Inc at 7.30 on Sunday night to drop off their films which are judged by the proverbial panel of industry experts. A short list of nominees is screened at the prize night on Saturday 5 June and awards go to the overall team, cinematography, directing, editing and writing.

This year around 40 teams are expected to nominate. A batch of previous contestants sets the bar pretty high. So far, 150 films have been finished and entered over five years.

The project started in 2001 and has grown to a clever system covering several art forms. Ticket sales and registration fees provide income, though filmmakers may receive some distribution income in return.  The point is, obviously, the fun.

The city winners are presented for a final round of judging at Filmapalooza which moves to a different US city each year. Finalists participate in four days of parties, panels, masterclasses and screenings at the ‘Film Olympic Village’. There is a very clever touch to winning – the film is run in the Court Metrage, the Short Film Corner at the 2022 Cannes Film Festival. This is not one of the many satellite events around the city but a genuine part of the official festival.

The Adelaide version was started in 2015 by Kristen Hamill, who moved to Australia from the US and is a filmmaker and  former manager and campaigner for community TV Channel 44.  “I did it as a way to connect with other filmmakers,’ she said. She competed twice and eventually attended the finale held in Hollywood at Grauman’s Chinese Theatre.

She is joined by local videographer and animator Laura Franklin who has also competed four times herself.

She won at her first attempt. ‘I went to Filmapalooza,’ she said, ‘where I probably had the worst film.’ But the whole thing was a hoot.

She explained that the participants are really varied, and teams can be small and focused or large and unruly. There are really two kinds of contestant – people who are have a high octane week of raucous pleasure and focused crews playing with their craft and exercising artistic control. Last year they had over 400 participants which is no mean feat.

Laura Franklin pointed out that teams do not have to come from Adelaide. But a physical person does have to draw the genres out of the hat, so there must be some contact with the city. The early bird entrance fee is $150 team while procrastinators will pay $170.

The organisers are offering Indigenous and Multicultural Filmmaking grants:

‘To encourage diverse storytelling as part of the Adelaide 48 Hour Film competition this year, we are pleased to offer the 48HFP Indigenous & Multicultural Filmmaker’s Grant. This grant is open to Aboriginal, Torres Strait Island and Culturally and Linguistically Diverse filmmakers residing in South Australia to enable them to participate in the competition. Four grant recipients will receive up to $500 in total to support production and registration costs. Grant applications are
now open here and close on 5 April.‘

The 48 Hour Film Project is running in Adelaide from 30 April.