This is our first look at the well-guarded production of George Miller's upcoming flick, starring Anya-Taylor Joy as the titular Furiosa.
Silvi Vann-Wall 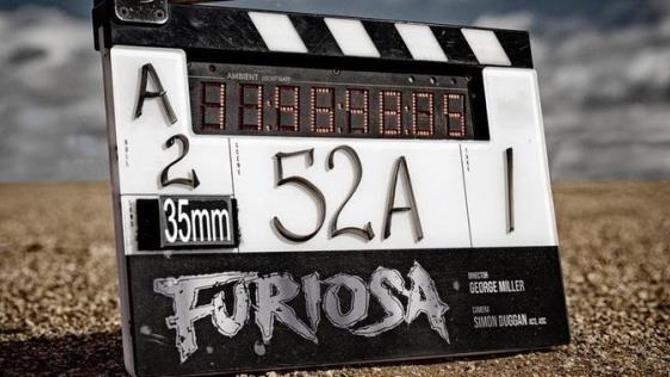 An epic set has been constructed in a former NSW sand mine. Image: Warner Bros.

George Miller’s upcoming feature Furiosa has begun filming in NSW – and if the photos that leaked today are anything to go by, we’re in for one hell of a ride.

Not much is known about the sequel/prequel to Mad Max: Fury Road, except that it will focus on the origin story of the renegade warrior Furiosa (portrayed by Charlize Theron in Fury Road, and now being played by Anya Taylor-Joy).

The early plot synopsis is as follows: ‘As the world fell, young Furiosa is snatched from the Green Place of Many Mothers and falls into the hands of a great Biker Horde led by the Warlord Dementus. Sweeping through the Wasteland they come across the Citadel presided over by The Immortan Joe. While the two Tyrants war for dominance, Furiosa must survive many trials as she puts together the means to find her way home.’

It’s also the fifth film in the Mad Max series, and will co-star Chris Hemsworth and Tony Burke.

To view the photos, head to the South Coast Register website.

The filming is currently taking place on a former sand mine in the remote suburb of Kurnell, just 33kms south of Sydney’s CBD.

The set has been guarded 24/7 to avoid major story leaks, but it looks like the local press has dodged security to share these elusive snaps with the world.

Principal photography began on 1 June, 2022. The film is being produced by Miller’s own Australian-based Kennedy Miller Mitchell banner, together with Fury Road partners Warner Bros. Pictures and Village Roadshow Pictures.