From shoot to release in six months flat, La Brea is an exercise in fast-motion production.
David Tiley 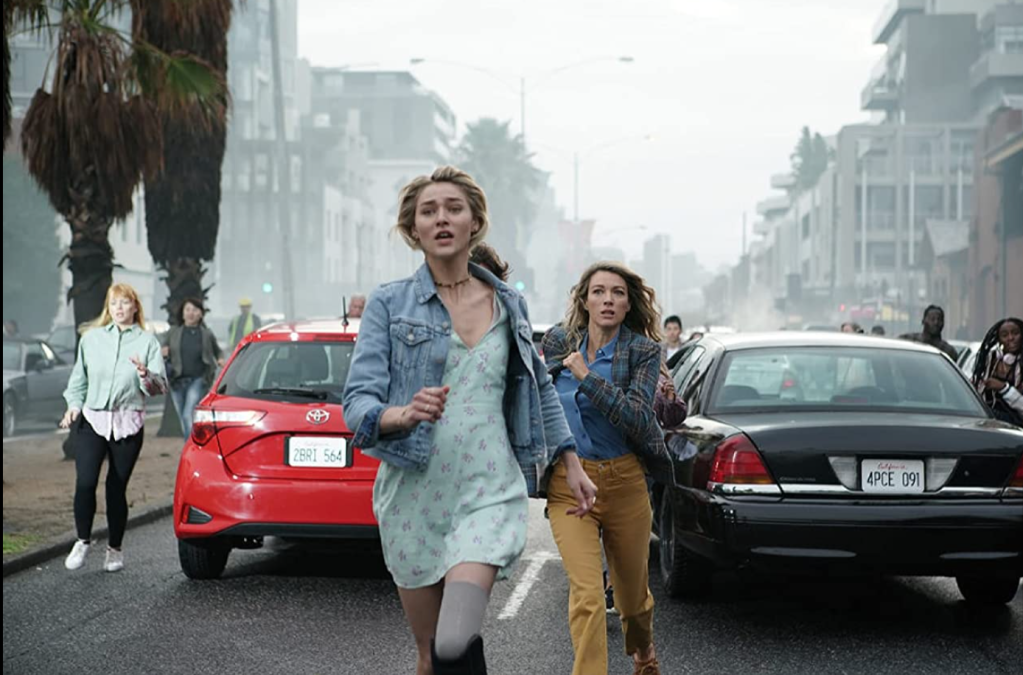 A classic disaster movie trope. This time they are escaping a giant hole in the ground.

‘Part of the family finds itself in an unexplainable primeval world, alongside a disparate group of strangers. They must work to survive and uncover the mystery of where they are and if there is a way back home,’ reads a description of La Brea.

Yes, an Australian crew has conjured an American city again, seemingly at high speed if the official announcements bear any relationship to reality.

La Brea is a science fiction series created by writer/producer David Appelbaum, the setup director is Thor Freudenthal (who really deserves a run at Marvel), the company is Universal Studio Group and Keshet Studios.

In a welcome move, the principal photography happened in Melbourne, along with the post production and visual effects. Local actors, directors and editors have been involved, getting employment in Victoria during some very tricky locked down times.

We now have the first five minutes. Here it is.

Various American commentators have bagged La Brea as derivative but that sounds like sheer hypocrisy to me. Updating English colonial literature is a time-honoured strategy. Roll on Professor Challenger.