Karina, Christmas and the immortality of grace

How to deal with times of intense change? Let Anna Karina show you the way to a life beyond language and moral certainty.
David Tiley 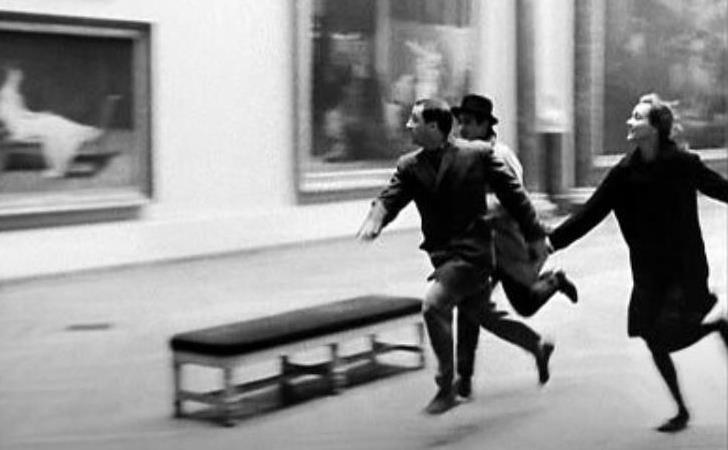 Running through the Louvre in Band a Part, in a frame taken by Florencedisdero for a study of the scene, presented on Flickr.

Anna Karina was a Danish-French actress who burst onto the independent French scene just as a bunch of critics broke free of classical aesthetics and invoked a decisively new sensibility. It was called The New Wave, with a bunch of masculine heroes like Godard and Truffaut. Karina was an icon of the era.

Billions of words have probably been written about this, which few of us are equipped to understand. Let’s just say that it broke free of wartime trauma, and allowed us to feel a different way of being alive. Fluid, spontaneous, guiltless, young and very, very cool.

Anna Karina was a living, breathing embodiment of that freedom, based on consummate skill in the relationship with her body.

She was fated to die young on a motor scooter or old, of cancer. She made it to 79 and died on December 14.

She worked mostly for Godard, her husband in the early sixties, though she was important in more traditional cinema as well. One of her most delicious scenes comes from Bande a Part, in which the narrative broke open with a dance scene which is full of insouciant joy.

Art is the dream to which we must surrender.

And we have this untranslated clip of the shoot. Bear with the Alpha Godard in the middle.

And a New Yorker article from Richard Brophy discussing the scene.

While the cineastes like to concentrate on the distilled essence of their sense of self in the people, the clothes, the streets and the offhand disintegration of narrative, I love the way these films took advantage of new lighter equipment, with better blimps and faster film. They were made by very skilful people.

Here is cinematographer Raoul Coutard, who shot the dance scene, talking about Alphaville. [There is more on youtube if you get sucked in.]