Winning for Directing on The Crown, the New Zealander gave a heartfelt speech that's worth a watch.
Rochelle Siemienowicz 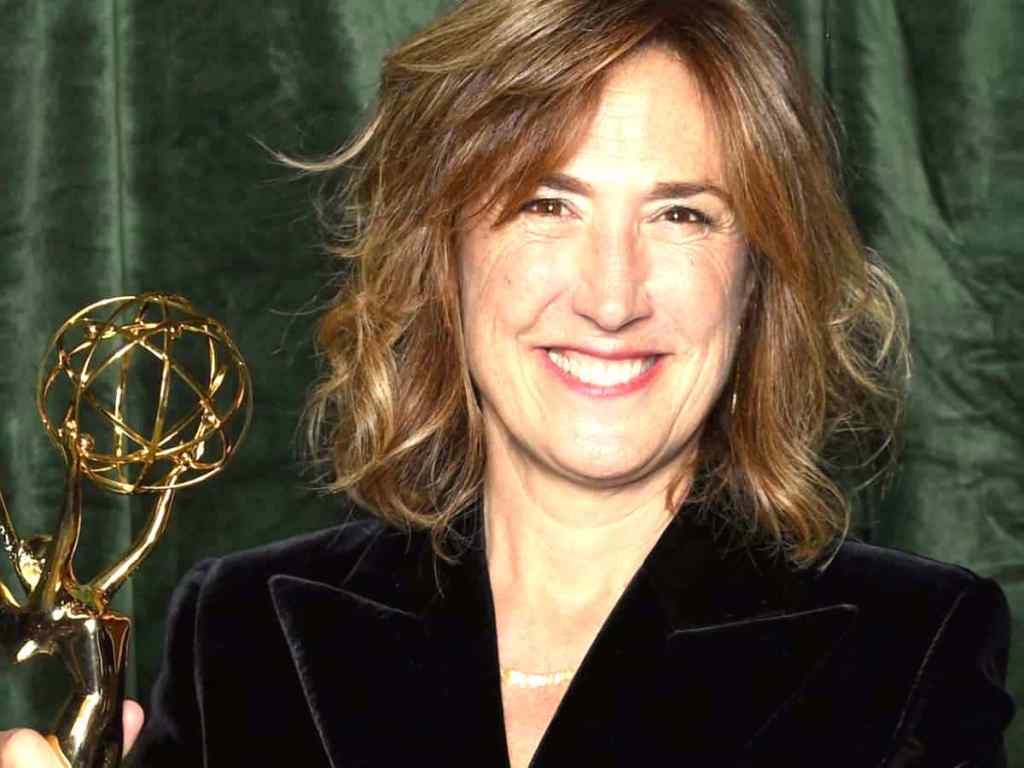 Jessica Hobbs holding her first Emmy for The Crown.

Christchurch-born director Jessica Hobbs forged her career in Australia, making a name for herself with nuanced intelligent television drama including Love My Way, The Slap, Tangle, Rake and Devil’s Dust. In the last decade she’s been in the UK, working on Broadchurch, The Split and several series of The Crown.

It was for her work on Season four of The Crown (the episode ‘War’ depicting the breakdown between Charles and Diana) that Hobbs took home the Emmy Award for Outstanding Directing For a Drama Series at the 73rd Emmy Awards. She was up against fellow Crown director Benjamin Caron, as well as Bridgerton‘s Julie Anne Robinson, The Handmaid’s Tale‘s Liz Garbus, The Mandalorian‘s Jon Favreau, and Pose‘s Steven Canals. Three of the six directors were women.

‘Not a lot of women have won this award, so I feel I’m standing on the shoulders of some really extraordinary people and I’m very grateful for the path that they led.’

This year’s ceremony was held at the Microsoft Theatre in Los Angeles, but Hobbs accepted the award to a standing ovation at a very fun-looking intimate satellite event in London. In her lovely New Zealand accent, she thanked series creator Peter Morgan as well as Netflix’s Cindy Holland, the Television Academy, her husband and kids, and most notably paid tribute to her mother, Aileen O’Sullivan, ‘who at 77 is still directing’.

‘Not a lot of women have won this award, so I feel I’m standing on the shoulders of some really extraordinary people and I’m very grateful for the path that they led,’ she said. It’s well worth a watch.

Of course this led us to look up O’Sullivan, whose credits include the series Killing Time and documentary The Russians are Coming. This delightful biographical note also made us wish we could ask Hobbs what her mother taught her growing up – almost certainly the first and foremost lesson being that it was possible to be a working director, a woman and a mother. Hopefully those things won’t be notable in the next generations.

This is Hobbs’ first Primetime Emmy Award, though she was also nominated in 2020 for The Crown. She is also the recipient of two AFI Awards (for Answered by Fire and Love My Way).

If you’re interested in learning more about Jessica Hobbs’ career, including her big break from a long stint as a First AD on Heartbreak High to directing, there is this excellent and extensive interview she gave to Ben Mizzi in 2014. It’s instructive reading for anyone thinking of a career in television directing.

In other Emmy news, The Crown dominated the drama categories, finishing with seven of the main awards, including Outstanding Drama. Netflix was also celebrating the win for The Queens Gambit in the category for Outstanding Limited or Anthology Series.

It was also a big night for Apple+’s Ted Lasso, which had four wins, including Outstanding Comedy and Best Lead Actor for co-creator Jason Sudeikis. Hannah Waddingham and Brett Goldstein won Supporting Actress and Supporting Actor In A Comedy Series, respectively. And if you’re in any doubt about whether to check out the cross-cultural comedy about an American coach and a British football team (don’t worry there’s not a lot of sport!), read George Dunford’s recommendation below:

Read: You should watch Ted Lasso on Apple TV+

The streamers dominated the event, to nobody’s surprise. HBO Max’s hugely popular comedy/drama Hacks and HBO drama Mare of Easttown each had three wins. Visit the Emmy Awards for a full breakdown.