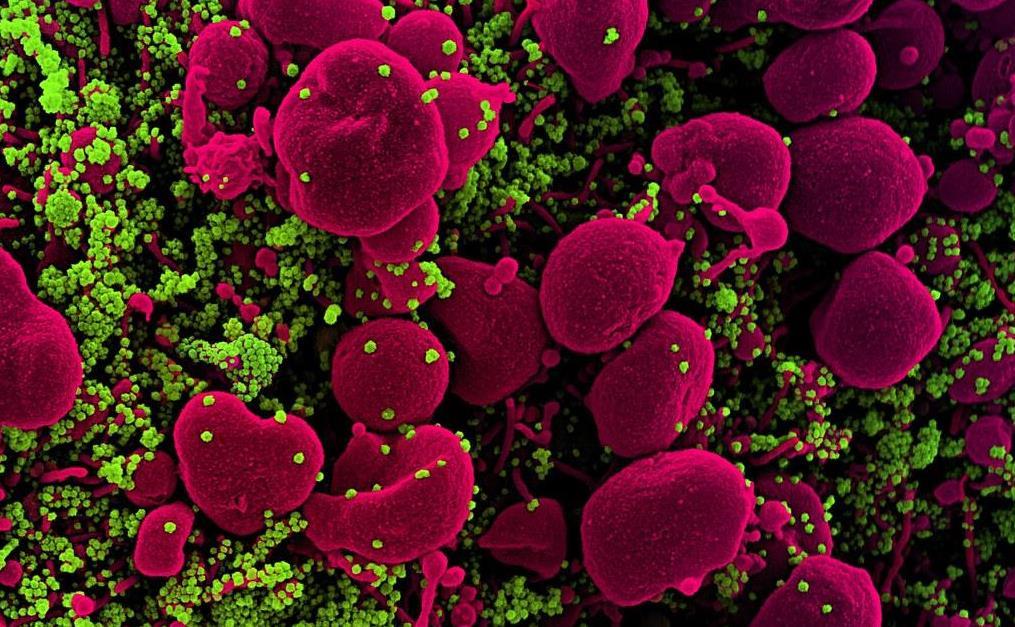 For insurers, this is a terrifying sight. Image: COVID-19 on Flickr

Insurance has become a nightmare in the Australian screen sector, perhaps the single biggest problem in restarting the sector. It follows in the tracks of COVID like a sinister beast of the night.

What is the problem?

Producers can’t finance a show which is not insured, because the banks need their money back if the production fails. An enormous amount can go wrong: international shoots, bad weather, equipment problems, drug-addled stars, a huge number of people around heavy machinery, a product which can be lost, right through to customers who won’t take possession of the show.

Productions already financed before COVID are already protected by contracts, as many deals do not have plague exclusion clauses. Even if they do, the signatures are already on the contracts.

A pile of local shows that are ready to roll can’t complete their deals without COVID clauses; the international productions are covered in other jurisdictions and are not the responsibility of the Australian system.

But a pile of local shows that are ready to roll can’t complete their deals without COVID clauses; the international productions are covered in other jurisdictions and are not the responsibility of the Australian system.

The risk management elements of the screen sector are based on paranoia, on imagining the worst that can happen. What can go wrong? THIS can go wrong. Then they all run around screaming.

There is a well developed system for mitigating risk, called the completion guarantor, a company which anticipates and advises against problems, minimises them when they happen and then cleans up the mess. They and the producers are dedicated to minimising the impact on the ultimate insurers.

Despite this, the insurance industry sees COVID as toxic in the screen dealings. As the Association of British Insurers claims, ‘Unfortunately, no country in the world has an insurance market that is able to offer widespread pandemic cover. Forcing insurance companies to pay for risks that aren’t covered in contracts would be a shortcut to their insolvency.’

Nick Murray and Emile Sherman were key figures in an industry response backed by Screen Producers Australia which sent a proposal to Minister Fletcher in the federal government some seven weeks ago. They want the government to be an insurer of last resort against COVID, using the same approach as the government’s arrangements about terrorism.

So far, according to Murray, the government is being positive.

The same plans have been put by PACT in the UK and SPADA in New Zealand. Again we turn to the UK insurers who say, ‘Given the sheer scale of economic impact, extensive pandemic insurance cover can only happen with some form of government support, and we need a debate about how this can best be achieved in the future.’

The Australians are not asking for much. The actual period of time when production companies are most vulnerable is brief. They need to have shot a fair amount, and closed down, and discovered that they can’t restart. Everything else is covered by other insurance policies—generally around six for most shows.

I’ve been told that the real problem is overseas stars hired on local shows who are vital to completion but don’t come back after closure.

I’ve been told that the real problem is overseas stars hired on local shows who are vital to completion but don’t come back after closure.

That is a pretty small window of danger, and the screen sector believes the government can simply modify a system already in place to deal with the risk of terrorist attacks. The real problem is not COVID but the sheer eccentric complexity of the screen sector in which there is no product which can be recovered to be sold to recoup losses. The sector mostly deals in sales rather than licenses.

Murray is also quick to point out there are really two problems, not one. The second is about getting overseas stars and crews into Australia. While it should be routine from a health point of view, with a mandatory quarantine period of two weeks, the government has now published guidelines which say producers cannot apply for a period more than three months in advance. So all the ducks are not in a row for the financiers to sign contracts.

Read more: Safety protocols for COVID-19 and the fight for global production share.

For insurers, this is a terrifying sight. Image: COVID-19 on Flickr