Hearts of Gold triumphant – an excursion into another world

Heart of Gold is the biggest rural film festival entirely dedicated to short films, which run over four days. There's a lot to learn by simply hanging out.
David Tiley
[This is archived content and may not display in the originally intended format.] 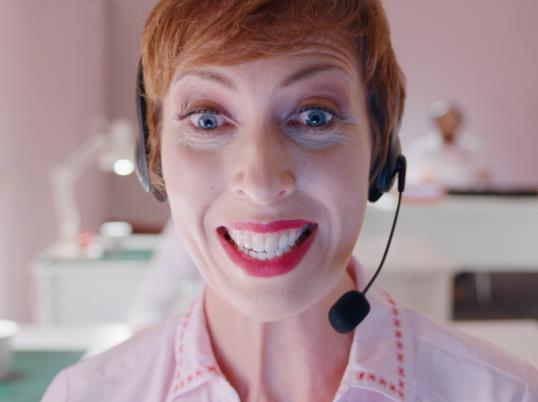 Image: Your Call is Important to Us.

There was a moment at the Gympie Heart of Gold Short Film Festival where I had to introduce the script award sponsored by Meerkat Mufflers. Afterwards, proprietor Peter Hetherington told me why he was involved.

‘I only do bike mufflers,’ he said. ‘No cars. When you design custom-made mufflers, the shape makes up a journey. And then at the end you decorate it. I reckon that is like writing a film.’

For ten years now social media experts have been telling the screen community to get out of the bubble and relate to our audience. The exhausting process of self-distribution is a powerful education as audiences respond openly to films.

But the Gympie festival goes much further. From a town of around 21,000, the festival gets a healthy audience to fill two cinemas in the civic centre in a stream of sessions from nine in the morning to late at night over four days. For guests this is true audience immersion. For the locals, it is another chance to volunteer.

The festival has a definite value system, all about films with heart, which is broadly interpreted as a protest against nihilism and slaughter. There’s nothing cute about the favourite films, but they won’t leave you in despair.

Artistic director Emily Avila combines festival organising with production work for companies with making her own films, produced by her and Jackson Lapsley Scott, also the program manager for Heart of Gold. Her latest film, Fitting, ran out of competition, covered grim territory with exquisite performances and held its audience really well.

The sometimes cold, indifferent experience of taking films to major festivals has shaped her approach to this one. She is determined to put the filmmakers at the centre of the event, and give them a chance to engage with the audience and each other. There’s nothing quite like a conversation on a sun-filled verandah over breakfast as Chester waits for the sprinklers to come on. Chester is a dog.

Spend time in the crowd and you feel an unspoken criticism of our collective world view. Compared to audiences who have no preconceptions, who view films expecting to find the fun and delight, screen audiences in our world are picky and small minded. We don’t have a sense of proportion.

We are on our guard against fake emotions and sentimentality. We have good reason for this because the emphasis on identifying a product and reaching an audience is a recipe for cynicism.  Let’s face it, television gets great audiences by pandering to their basest instincts.

The jury consisted of Catherine Scott, a veteran documentary maker who is now taking her film Backtrack Boys around Australia, and Meg O’Connell, a producer from Ludo Studios in Brisbane. She produced Emmy Award winning Doodles and has a digital slate including an eight part psychological thriller. Further from the coal face was me, bringing a broader and script driven perspective and Claudia Grimshaw, who has been with the festival since the beginning.

The festival ran two longer documentaries. The Island of Hungry Ghosts, about Christmas Island, is pretty challenging, focusing on the nightmare of the detention centre and its ramifications as a centre of evil, and comes with an auteuristic deliberation which is pretty slow. There were a few snowy heads that nodded, but the audience hung in. They were thoughtful rather than cranky which is part of my point.

Catherine Scott brought Backtrack Boys, along with a couple of young participants, a pair of dogs and Bernie Shakeshaft, a truly remarkable youth worker helping to rehabilitate very damaged kids and young men. Big Akubra hats on small heads, wonderful dogs, a red horse in the creek – it is a hymn to physicality as a part of human nature and a celebration of country life. It went down an absolute treat.

The technical side was held down by the family of Tfer Newsome and Michael Mader, out in force with their kids. LCR Film Sound is a modest outfit in Brisbane but they are smart, unassuming and generous. Also their first child is nine years old, has been studying architecture via Minecraft, and built a medieval tower from cardboard and bits of stuff in the kids’ morning on Sunday, care of a screening of Bluey from Ludo and the Sherbert Rozencrantz team of Natalie van den Dungen and Nicole Coventry. It truly was that kind of festival.

Mader pointed out that the very first step in curating a short film festival is to comb through hundreds of shorts on Vimeo, looking for filmmakers who are then encouraged to enter. In Gympie, the first cut is done by Emily Avila who parcels the films out to local groups who spend four months of each year watching eight to ten films once a week in someone’s home. They love the opportunity to talk with each other about films and to make new friends.  They score the films according to a standard form, and the results are collated to create the final nominations.

Who won? By and large there was a great deal of agreement between the community selectors and the jury.

The winner of the Best Short Film Category was Facing Mecca, an Austrian film directed by Jan-Eric Mack. it was universally acclaimed. ‘What a beautiful, heart warming yet heart wrenching piece of film,’ said Gympie local Bambi Gospell on Facebook. ‘Yes I cried.’

Best Cinematography went to cinematographer Michael McDermott for Judas Collar, directed by Alison James and produced by Brooke Tia Silcox. That was a gutwrencher too, and there was fierce competition, but the skill here is very evident.

Your Call is Important to Us won both the Script and the local Screener’s awards. Written and directed by T.J. Power, it is a masterclass in deft writing and a bold style which flows through every element of the film. As local Nicky Garrett commented on Facebook, ‘ So funny and wonderful being in a room with other filmgoers and being part of a universal ‘yes that’s it’ moment. Hilarious!!’

Best Sound Design, presented by Tfer Newsome who was conveniently nearby, was given to A Modest Defeat, directed by David Barr and sound designed by Lauren Cooper.

The Gympie Gold Award, presented by the mayor Mick Curran BM, was won by Shakespeare in Tokyo, directed by Genevieve Clay-Smith through Bus Stop Films. ‘The scene: Tokyo. The plot: an Australian fan of Shakespeare with Down syndrome who sets out on a solo adventure to discover the city and escape the watchful eyes of his domineering older brother.’

Tamta Gabrichidze was probably the most surprising visitor. She arrived from Georgia with The Trader, a short documentary about an itinerant swapper who sells toys and second hand cloths in remote villages on the fault line between classical Asia and Europe. He quotes his prices in kilos of potatoes, entices children with toys and sends them off to badger their parents. It is fabulously atmospheric and strongly based on her relationship with the villages. She has an exquisite feel for telling shots catching people suspended in a state of boredom and longing.

Her sister worked for five years in the Georgian embassy in Australia and kept urging her to come here. But her journey was cut short by needing to shoot scenes in her next film, so she flew in and out in three days, prepared for any weather, constantly claiming her English was bad, clutching a packet of Georgian cigarettes.

Three years ago a stranger called John Farrell went to see some films and was so impressed he endowed a competition category called Most Inspiring True Story, which he presented in person. He died suddenly a week before the festival, and some of his his family came up from Newcastle to present it instead. The award went to The Tables, directed by Jon Bunning from the US.

The Tables from Jon Bunning on Vimeo.

Perhaps the most satisfying award for many of the audience was the Young Filmmaker Competition. The screeners told me the entries from well-resourced schools across Australia were very good, but Brainstorm, directed by Ande Foster and Sally Haxton and produced by Gaylene Johston, won both the regional and overall awards.

It is about never giving up, and came from the Gympie Flexible Learning Centre which teaches teenagers and young adults who have fallen out of the normal education system. They worked with the local Collaborative Network – Mental Health Group; 33 students were involved altogether and 27 of them are on the screen.

Here is the film. You will see why its local audience cares.

Like the screener crews, the jury members enjoyed the process of discussing the films immensely, complete with some good natured clashes about our different world views. Meg O’Connell sent me this note to add to the article.

Heart of Gold is a perfect little film festival. It bucks all expectations and is just itself — full of character, eccentricity and difference. Emily Avila and her team, along with countless volunteers, have somehow managed to render the heart of Gympie in a film festival — so warm and generous of spirit that you’d be silly not to go next year.

Disclosure: David Tiley went to Heart of Gold as a jury member. The festival provided air fares and accomodation. And breakfast with Chester the dog.