Hear My Eyes with Haydn Green: ‘People said it couldn’t be done’

Whether it's a cerebral thriller or a sensory drama, Hear My Eyes is determined to change the film-going experience to something sonically wondrous.
Silvi Vann-Wall 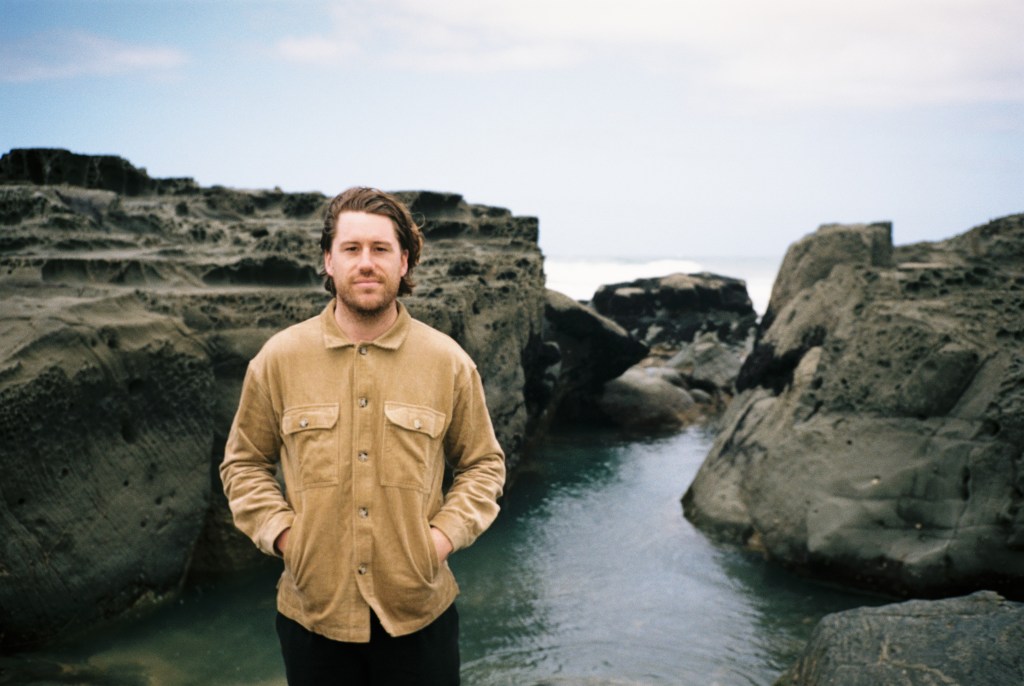 As previously reported by ScreenHub, Hear My Eyes (HME) is returning for MIFF’s 70th edition with Andrew Dominik’s classic crime drama, Chopper, which will screen alongside a brand-new original live score from acclaimed musician and member of the Bad Seeds Mick Harvey. Performing with Gareth Liddiard (Tropical Fuck Storm/The Drones), Jim White (Dirty Three) and Chris Abrahams (The Necks) as ‘Springtime’, Mick Harvey and band have composed a fresh take on the infamous story of Mark ‘Chopper’ Read – in the film that shot Eric Bana to global stardom.

After HME’s MIFF run, the show will take to Sydney for one night only at the Sydney Recital Hall on 26 August, with more cities to be announced as part of its national tour.

HME is run by Haydn Green, a film programmer, events manager and creative director who has worked with the Human Rights Arts and Film Festival (HRAFF), and the Melbourne International Film Festival (MIFF) .

We spoke to the creative director and founder of Hear My Eyes for a special insight into how these immersive events operate.

Read: Chopper to be scored by Hear My Eyes at MIFF 2022

Hi Haydn – for people like me who’ve never been to one of these before, how does a Hear My Eyes event work?

At its most basic, it’s a film screening with live music. So you walk into a cinema or an arts venue, and there’s a group of musicians on stage performing live, similar to events like the MSO performing a live score to Lord of the Rings or Star Wars. The point of difference with HME is we don’t lean towards orchestral scores – we work with contemporary musicians.

I like orchestral scores, but I feel like they unfairly dominate the film world. I think that there’s a lot of really interesting genres of music out there that are not really being used for film scores. I find it really interesting working with contemporary musicians that don’t have backgrounds in film composition, so that’s what we do.

It’s ultimately about a shared communal experience. I’ve grown up going to MIFF and the Astor, I love the feeling of a full cinema, and the addition of the live music on stage really adds a lot. Cinema is already such a powerful emotional medium, and the power of a live gig is something I’ve been trying to put into words for years – I don’t think I’m any closer to it, but I know this combination works really well. I think it makes us more present.

Where did the idea for Hear My Eyes first come from?

I was living in Berlin when I first had the idea – I had gone to the Babylon theatre to see Fritz Lang’s Metropolis with a industrial techno DJ playing over it, which was really cool. That was the first time I’d seen any film cut to a different score. It ignited this idea of re-contextualising cinema through different types of music.

Obviously, industrial techno wasn’t around when this film was made [in the 1920s], so there’s this really interesting fusion between the genre of music and this film, and I found it really worked because of the industrial, electronic nature shared by the new sound and the original movie.

When it comes to what we do at HME, I’m not a devotee to silent cinema, so even though they are easier to rescore due to being out of copyright, I relate more to films of the last 30-40 years. So I take it upon myself to try and rescore newer films only.

People have said it couldn’t be done, that I’m an idiot for trying. And sure, it’s a lot of legal work, and effort, and money in getting this together for a one off, ephemeral event. But there’s something exciting about that as well. Ultimately it is a passion project, and it’s not particularly profitable. I don’t think there’s any point doing this in halves, we have to go all out into making HME a really seamless and exciting experience for everyone in the room. At the end of the day, that’s what I’m really proud to deliver.

How do you decide on which films get the HME treatment?

Ultimately it comes down to the films that I really love and admire. I mean, I’ve been doing this for eight years, and for the first four years I don’t think I did an English-speaking film. The first film we ever did at HME was The Vanquishing of the Witch Baba Yaga, which is all about Eastern Europe folklore. And we’ve done Uncle Boonmee Who Can Recall His Past Lives, which is an incredibly spiritual film. Early on, I was choosing what I deemed as ‘essay’ films, or thought-provoking films. In later years, it’s been exciting to have access to bigger films like No Country for Old Men and Drive.

I often get drawn towards darker and more challenging content. So, to look at why we chose Chopper this year: initially it came out of the fact that it’s MIFF’s 70th anniversary festival, and they’ve got a Melbourne-focused program. I was chatting to Al Cossar [the artistic director for MIFF] and he said, ‘You know you’ve never done a Melbourne film? If you would like to do one that would be great for this year’s fest.’ So I took him up on the challenge and spent some time thinking about different Melbourne films.

We arrived on Chopper for a number of reasons. Firstly, I love Andrew Dominic’s work, Assassination of Jesse James and Killing Them Softly are superb films, and I really like his his style of filmmaking. Secondly, Chopper is a great Melbourne film.

There was a connection there for the musicians as well. I’ve worked with Gareth Liddiard before and have had conversations with him about how Chopper is his favourite film of all time, and he had just recently started this new band Springtime with Jim White and Chris Abrahams.

Their style is like a long form jazz that’s really interesting and hypnotic, and I was really excited to work with them. So we’ve got a great landmark of Australian cinema, that fits in with the MIFF theme, and a band that’s been waiting to work on it forever.

What do these events tell us about film scores and how integral they are to the storytelling of a given film?

Sometimes I think that Hear My Eyes is a love letter to film production. People don’t often talk about everything that happens behind the scenes in film, unless you’re a cinephile. By altering one thing like the score, you’re highlighting what it was before, and now what it’s like in a different state. I think it educates audiences – because while these events usually are for cinephiles, we also get a lot of the general public coming to these events. It makes me happy to imagine they might be becoming familiar with the role of film music for the first time.

I think changing a score changes a film dramatically. I’ve always found Chopper to be more sad than funny, so I wanted the score to reflect that. I really like the idea that the French film theorist Michel Chion posited, which is that film and sound are inextricably linked, and you can’t have one without the other. With a film and its score, you form a certain relationship with it as a viewer.

When we get the score removed by the production house, and we’re sent a version of the film without the score, I form a new relationship with it. And then we commission a new score, which steers it in a new direction again. Having the score performed live means that relationship is in flux. It’s a really fun creative process.

Should we watch the film beforehand to prepare or go in blind so to speak?

I really don’t have a strong opinion either way. A lot of people come to HME events without having seen the original films, so that experience forms their first relationship to the content – and then there’s other people that have seen the film dozens of times, and they’re coming in to see it reworked.

It really works both ways. I personally think I’d re-watch Chopper before going into this one. I would like to spot the difference and see how it’s been changed. But doing that means you’ll potentially be more critical and less emotionally engaged with the event. So it depends what kind of experience you prefer: something cerebral, or something sensory.

What’s next for HME?

I’ve got about half a dozen films contracted, and I’m working on pairing them with music artists. None of them are fully confirmed in a way that I can talk about and share, unfortunately.

Chopper x Hear My Eyes will screen for two shows on 17 August at The Astor Theatre, Melbourne. It will also show in Sydney at the City Recital Hall. For tickets and information, head to the Hear My Eyes website.