Government claims no cuts made to the ABC

Senate Estimates 2020 led to a strange question: does the government or the screen sector live in the real world? One or the other but it can't be both.
David Tiley 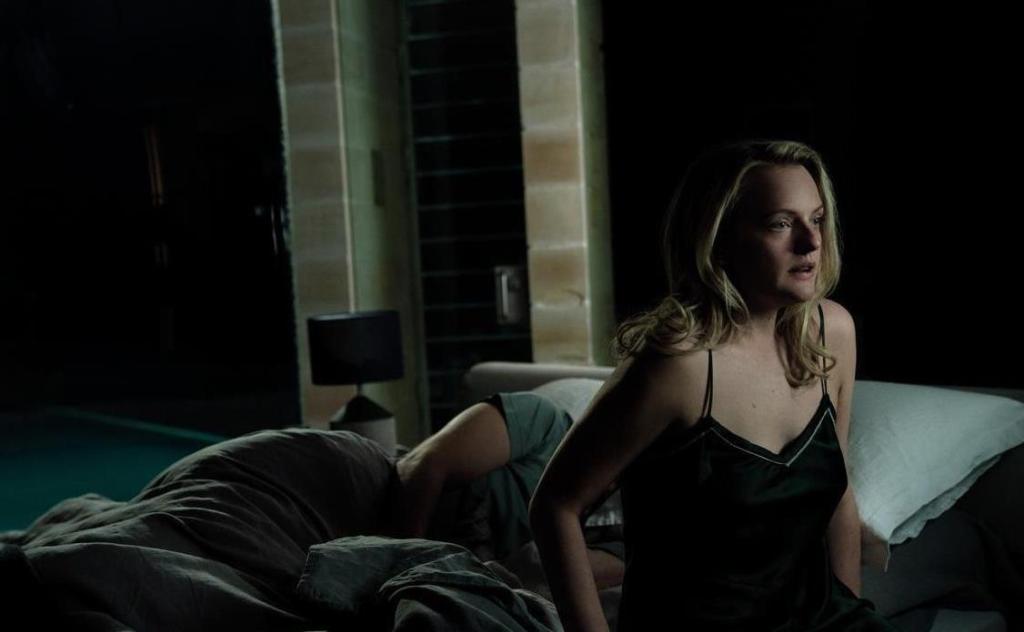 Honey, is that the Treasurer in the room? Elisabeth Moss senses The Invisible Man, created by Leigh Whannell. Image: production still.

Paul Fletcher’s Department of Communications and the hidden arts slipped into view at the Senate Estimates hearings this year, to allow the government to make an extraordinary claim.

On the morning of 3 March, Senator Nita Green made her presence felt for the first time. She is 36 years old, a new ALP senator from Queensland, a lawyer with a bachelor of creative arts and a former organiser for the Australian Manufacturing Workers Union. She turned out to be indefatigable, harassing Senator Margaret Reynolds standing in for Minister Fletcher.

The ALP won’t let the government forget the six years of enquiries which have paralysed communications policy, nor even the fact that the current ACMA/Screen Australia policy document is sliding behind its due date already. The government members seem to have patronised her by offering her documents already in public.

But Green did get Reynolds to say this titbit:

… and they  [the ABC] certainly have the flexibility to make choices about their money. I’m not saying they shouldn’t; I’m just saying that they do. The funding is stable at $1 billion per year and, as I’ve said, it is sort of increasing. They have choices about what they do with their $1 billion a year.

The Liberal Party is denying that the ABC is facing cuts; Reynolds refused to admit the existence of the efficiency dividend.

In a slippery exchange, Green then tangled with Reynolds about a daft proposal from Nationals senator James McGrath to turn the ABC into a subscription service, or take ads and also ‘the ABC’s headquarters in Brisbane, Sydney and Melbourne should be sold and those staff moved to the suburbs or the regions’. The first two are not government policy said Reynolds, refusing to say they are off the table. Responding to the allegation that Fletcher has written to the ABC about its real estate,
Reynolds said it was a matter for the ABC.

At around 2.45pm the managing director of the ABC, David Anderson tabled an opening statement which has been reproduced on the ABC’s website, an unusual step in itself. He called for new legislation to protect journalists from the likes of the federal cops’ raids on Dan Oakes and Sam Clark.

But as I said last week, we don’t believe we can litigate our way to reforming fundamentally bad laws. Australia’s regime for issuing warrants fails to adequately protect whistle-blowers and public interest journalism and makes us look antiquated when compared with other western democracies.

He pointed out the value of the broadcaster in the fires and used it highlight cuts.

This commitment and need to be increasingly flexible in the face of natural disasters amounts to significant budget pressure across the entire ABC….

…. To summarise the ABC will have to absorb cumulative budget cuts that amount to $105.9 million per annum by the time we reach the 2022 financial year. This is an extraordinary strain on our ability to meet community expectations.

This is all since 2014, across three Prime Ministers, and was not relieved in the first budget of the current government.

Anderson said he has asked Paul Fletcher to end the indexation pause. And then he added that Ita Buttrose, the ABC Chair, and he had raised the issue with Scott Morrison himself.

…. and I’m pleased at the positive nature of that conversation.

Further questions to David Anderson revealed that this was about the funding of emergency broadcasting. He acknowledged the letter, which he said restated the ABC’s position on indexation. Then Green turned to the departmental secretary Mr Atkinson.

I do have some questions about what that will mean for the ABC. Secretary, a few hours ago I was asking you about funding to the ABC, and you said that funding continued to go up. How does that line up with the real reduction that is being spoken about by the managing director of the ABC now?

Mr Atkinson: What we said is actually completely consistent. I was talking about the nominal dollars that are published.

Senator Reynolds: In the budget.

Senator Reynolds: In the budget.

Mr Atkinson: I was just saying that their actual budget, as published, goes up year on year.

Senator GREEN: Mr Anderson, will the real reduction in funding to the ABC mean cuts to programming?

David Anderson is about to release the ABC’s five year plan, which means staff will be told about cuts before the end of the month. Caused by the budget squeeze which the government claims does not exist.

We could be forgiven for thinking that Atkinson is a public servant and not a government minister. He has chosen to wear the slippery skin of a politician rather than the mantle of an honest advisor.