Nominations for the 78th Golden Globes have been announced, with Netflix cleaning up, nods for Australian actors – and some notable exclusions.
Jini Maxwell 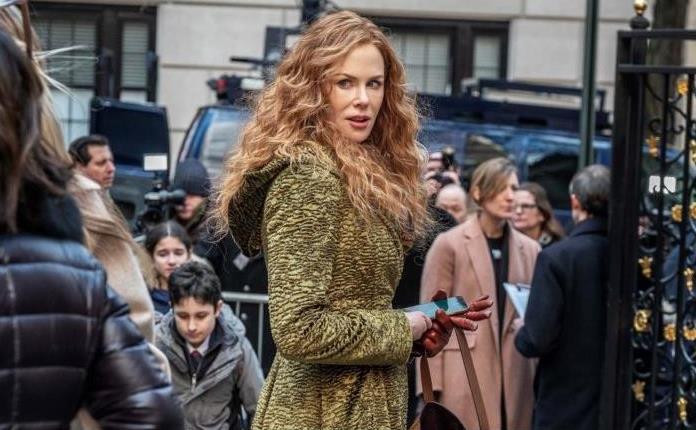 Nicole is one of the Australian actors honoured by a Golden Globes nomination for her role in The Undoing. Image via HBO.

The nominees for the 78th Golden Globes have been announced, and after a year of pandemic, it seems the era of streaming is well and truly here. Netflix alone picked up over 40 nominations across categories for Mank, The Queen’s Gambit, Ozark, Ratched, and, controversially, Emily in Paris, which had been universally critically panned. The fluffy sitcom, which follows a fashion buyer who is given the opportunity to move to France picked up a nomination for Best Television Series, Musical or Comedy, and leading lady Lily Collins got the nod for Best Performance by an Actress in a Television Series, Musical or Comedy, alongside Catherine O’Hara, Jane Levy, Elle Fanning, and Kaley Cuoco.

The small screen nominations also shone brightly on Australian actors. Nicole Kidman picked up a nomination for Best Performance by an Actress in a Limited Series, Anthology Series or a Motion Picture Made for Television for her work in the limited series The Undoing, currently streaming on Foxtel Go and Binge and produced by Australian Bruna Papandrea’s Made Up Stories (The Dry, Penguin Bloom). In The Undoing, Kidman plays the starring role in the tense whodunnit, as a New York therapist who gets embroiled in a murder case. The six-part HBO series is currently the most-watched series on Foxtel, which each episode garnering an average of 670,000 views since its release.

In the same category, Cate Blanchett garnered a nomination for her role in the historical drama miniseries Mrs America. The series dramatises the feminist political movement leading up to the Equal Rights Amendment in the US, as well as the unexpectedly passionate conservative backlash led by Phyllis Schlafly, chillingly played by Blanchett.

Women dominated the Best Director nominations, with Emerald Fennell getting a nod for Promising Young Woman, alongside Regina King, nominated for directing One Night in Miami and Chloé Zhao, for Nomadland. These three are nominated alongside Golden Globe darling boys David Fincher and Aaron Sorkin. Fennell and Zhao also got nods for Best Screenplay, alongside Fincher’s late father, Jack Fincher, for Mank, Sorkin for Trial of the Chicago Seven, and Florian Zeller and Christopher Hampton for The Father.

The celebration of women directors at the Golden Globes may seem like an exciting break with tradition, but there are some ingrained features of the ceremony that have caused outrage this year. Lee Isaac Chung’s Minari, a US production, was deemed ineligible in every category but Foreign Language, because the majority of the dialogue is Korean. Many have criticised the rule as outdated and exclusionary, with director Lulu Wang tweeting, ‘I have not seen a more American film than Minari this year. It’s a story about an immigrant family, IN America, pursuing the American dream. We really need to change these antiquated rules that characterizes American as only English-speaking.’

I have not seen a more American film than #Minari this year. It’s a story about an immigrant family, IN America, pursuing the American dream. We really need to change these antiquated rules that characterizes American as only English-speaking. https://t.co/1NZbkJFE9v

Another omission was Michaela Coel’s critically lauded I May Destroy You, a series that follows a woman’s piecing together the facts after a sexual assault.

Even Emily in Paris writer Deborah Copaken wrote to the Guardian expressing her dismay at the omission, writing: ‘how anyone can watch I May Destroy You and not call it a brilliant work of art or Michaela Coel a genius is beyond my capacity to understand how these decisions are made.’

Due to the pandemic, the ceremony itself, which will take place on 28 February, will be hosted on two sides of the country by Tina Fey and Amy Poehler. The comedy pair will respectively host from The Rockerfeller Centre, New York City, and the Beverly Hilton Hotel ballroom, Los Angeles, with the winners expected to accept their awards remotely.

The ceremony will air on 28 February on Foxtel. Watch the full nominations announcement livestream below.