First moves on Coronavirus for exhibitors and production community

Letters to the government, audiences kept apart from each other in the dark - COVID-19 is warping our world.
David Tiley 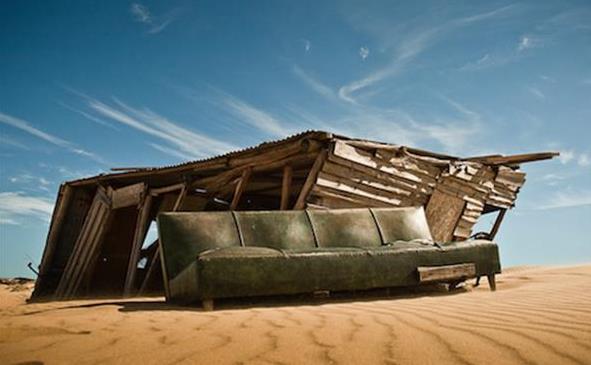 We will be back, no matter how long it takes. Image: Juan Pablo Colasso on Flickr

The entire Palace Cinema network has now shut down as the government closes non-essential gatherings of more than a hundred people for the next six months. The Leederville cinemas in WA are still functioning while the Nova in Melbourne, also a Palace partner, has adjusted seating to create a four square meter per person zone, and changed screening times so less people gather in the foyer.

Given that Palace has already flagged a possible equity sharing arrangement which reduces the family’s financial burden, we can expect a lot of hard thinking behind closed doors. As we keep saying to each other, the unthinkable is now possible.

Village Roadshow has lost almost 80% of its share value in a month, is faced with a quadruple whammy as it runs theme parks, owns cinemas, distributes films and does production deals. It is currently vague about the extent of visitor losses in all its areas. For once a major company is tightening its belt by cutting senior salaries as well as operating expenses.

The big chains are reducing the number of seats or keeping adjacent seats empty, which at least will reduce their income as punters endure a certain loneliness with the sweet, cheap smell of hand sanitisers at the ends of rows.

Eddie Tamir’s Classic Cinema network in Melbourne and now Sydney is hanging in with reduced sales as well, plus a lot of cleaning and non-touched faces.

Wallis Cinemas in SA is focused on hygiene but has made no changes to its seating maybe because each screen is small.

Independent Cinemas Association President Scott Seddon has written to the prime minister, as detailed in this release:

The Independent Cinema Association (ICA) has today called on federal and state governments to provide tax relief and immediate cashflow injections to ensure independent cinema businesses survive and 17,000 staff can be supported as the industry struggles for survival in the wake of the COVID-19 pandemic.

In a letter to the Prime Minister, ICA President Scott Seddon, has also asked for Parliament to encourage landlords, banks and utilities to provide immediate relief to help small businesses survive through the difficult months ahead.

‘We are already working closely with distributors, exhibitors and suppliers to manage the long-term impact of Covid 19 but everyone is impacted and more help is needed.

‘Exhibitors are facing turbulent times alongside everyone in our community”, said Mr Seddon. “Our first concern is for the health of our patrons and staff. We are following Government guidelines closely and have in place measures that help make your cinema visit a safe and comfortable one. But the reality is that some cinemas have had no choice but to close in response to the latest Government restrictions protecting the most vulnerable in our communities.

‘We are already seeing significant reductions in numbers.”

Audiences have dropped between 55 and 76% in the last week against the same period last year. The global situation has caused major films to be postponed or pulled from our schedules. An average week would see more than 1,600,000 Australians visit the cinema.

‘This will have a far reaching and significant impact on our regional economy.

“There are 154 ICA member cinemas across Australia and they are unique community resources providing employment, entertainment, family outings and social cohesion.  They are one of the few places our older citizens can go safely either together or alone and keep company with like-minded patrons enjoying a cuppa and a great film.”

The cinema industry employs tens of thousands of people in Australia and we are confident that when this crisis is over the sector will recover very quickly.

‘There will be lots of people with who will be looking forward to getting back to normal and enjoying time with friends – but the majority of independent cinemas are small businesses and many are in regional areas and in order to restore those tens of thousands of jobs we firstly need to survive.

Independent Cinemas will need support from the government and from the banks and we welcome it urgently’, said Mr Seddon.

Meanwhile the directors and writers guilds, the producers association and the industry union have banded together with a similar request. Besides the general reminders about the scale and vulnerability of the sector it asks the government