It's back to the future as the government lays out plans for two new media sector support funds, extracting cash from the streaming companies, and nagging the government broadcasters. All without paying for it.
David Tiley 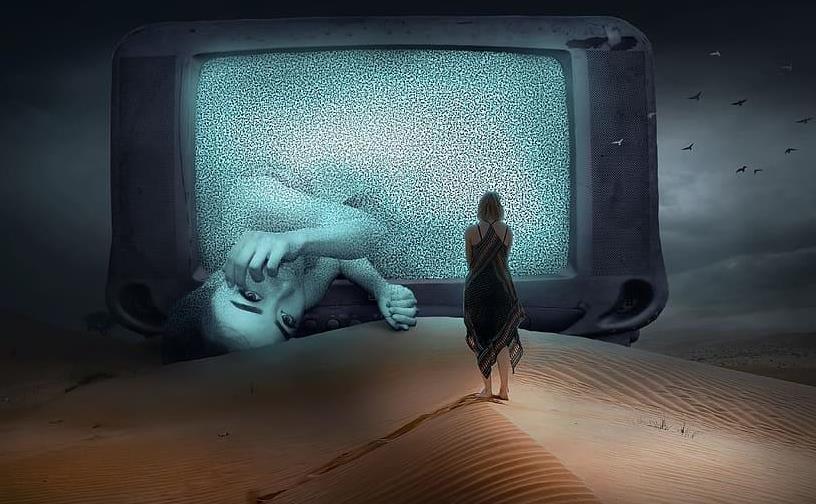 New funding tools coming from from the past of television – the sale of spectrum, the first and greatest resource of broadcasting. Image: pxfuel.

The government today announced a green paper about further ‘reform’ of the television sector and its obligations to broadcast Australian content. At the very least, we are going beyond the same old same battlefields.

The trigger, according to the paper, is this:

The commercial broadcasters license fee system will be changed. It is a policy approach we have already seen several times, in which the entities can continue as before, or take up a new option. Here the government wants to introduce a different kind of license, which has no fee at all but the broadcaster agrees to use less spectrum, or they continue with the current deal. We have to repeat the same old message – the government has been shaving the license cost for a decade on the grounds that it hurts the poor broadcasters. Cynics would call it a succession of bribes from both sides of politics.

Some 84 MHz of Ultra High Frequency (UHF) spectrum, within the 600 MHz band, is expected to become available. It will be auctioned off, mostly for mobile phone usage according to the government. This can only work if two commercial networks take up the new licenses in each market, which would trigger the ABC and SBS’s involvement as well so they will have to move to a shared multiplex arrangement.

There is something very nerdy about this whole package of changes, because they are triggered by the arcane provisions of spectrum reform, which will liberate real money and free the government from the obligation to pay for the changes.

Some of this money could be used to capitalise funds which would provide the Create Australian Screen Trust (CAST) to support  Australian drama, children’s and documentary content. At the moment it is directed towards funding productions and production companies.

The government wants CAST to be administered by Screen Australia with funding recommendations run first through representative trustees. There will be two pools:

• one pool to support projects of cultural significance (that is, broadly the same criteria as are presently used by Screen Australia in determining whether to fund productions); and

This looks a lot like the old Australian Film Commission and the Australian Film Finance Corporation. The Commercial Television Production Fund had the same structure, with a board responsible to the AFC.

The money from the spectrum sale could also be used to create PING, the Public Interest News Gathering Trust. Again, there would be a board, with equity and grant programs but no editorial control. According to the document:

The PING Trust could consider applications from organisations to provide support the provision and distribution of existing public interest journalism across the television, radio, print and online media, new initiatives developed by existing businesses and new entrants into the market in regional Australia.

The government wants to set ‘the percentage of their Australian revenue which SVODs and AVODs are expected to invest in Australian content, in the form of commissions, co‐productions and acquisitions.’ It will function like the current NEDE scheme which compelled Foxtel to spend 10% of gross revenue in certain genres on production until it was reduced to 5% in the last budget. One difference: it will cover all income from Australia, rather than income from specific genre strands.

The government will legislate the formal authority to ‘implement formal regulatory requirements on an SVOD or AVOD service that failed to meet expenditure expectations for two consecutive years.’

They will report to the Australian Communications and Media Authority. The proposal neatly sidesteps the sticky issue of how these regulations will be enforced by making the threat of enforcement the punishment itself.

There will be an eligibility test, for what the government calls:

A content service whose primary purpose is to provide professionally produced scripted content delivered over the internet to Australians.

There will be a minimum audience, probably of one million with a gross annual revenue of $100 million, which includes subscriptions and advertising.

The proposal suggests that 5% of gross revenue will be spent on new Australian content with no limit on genres. If they don’t want to commission for themselves, streamers could simply put the 5% into the new CAST fund.

The government is also proposing what should obviously be called the STAN Exemption or STANE:

It is proposed that the obligation would not apply to an individual SVOD or BVOD owned by the holder of a broadcast licence or a subscription television licence.

This has come back to bite the ABC and SBS on the bum after a long period of chiselling by a variety of stakeholders. Indeed, the report reminds us that some version of output requirements for the ABC and SBS is suggested by the commercial broadcasters (surprise), by the Media Entertainment and Arts Alliance, and Screen Producers Australia.

The government calls this ‘enhancing the role of the national broadcasters in providing Australian content’, which sort of ignores the idea that the simplest way of doing this would be to give it money. It says:

The Government proposes to amend legislation to establish a clear and explicit requirement for the ABC and SBS to provide new Australian programming, in line with the obligations imposed (or proposed) for other sectors of the Australian media industry.

The Government also proposes to require the ABC and SBS to provide information about their investment in, and provision of, new Australian programming to the ACMA annually, again, in line with other media organisations.

This will produce a fabulous conniption fit across Australian political life, mostly because the ABC and SBS are not like commercial networks at all, and the government, the ABC and SBS and the commercial broadcasters have displayed a marked lack of good faith at various times around this argument.

As the green paper sorts through the options and their supporters, it seems that the most likely outcome will be a requirement by the ABC and SBS to report to Parliament annually on their expenditure and hours on Australian television.

The legislation is expected to go before Parliament in the second half of next year with the ‘reformed’ model worked out by May. By then the streaming companies are asked to report voluntarily on Australian content expenditure and availability.