Feathers in cap for Penguin Bloom at TIFF? 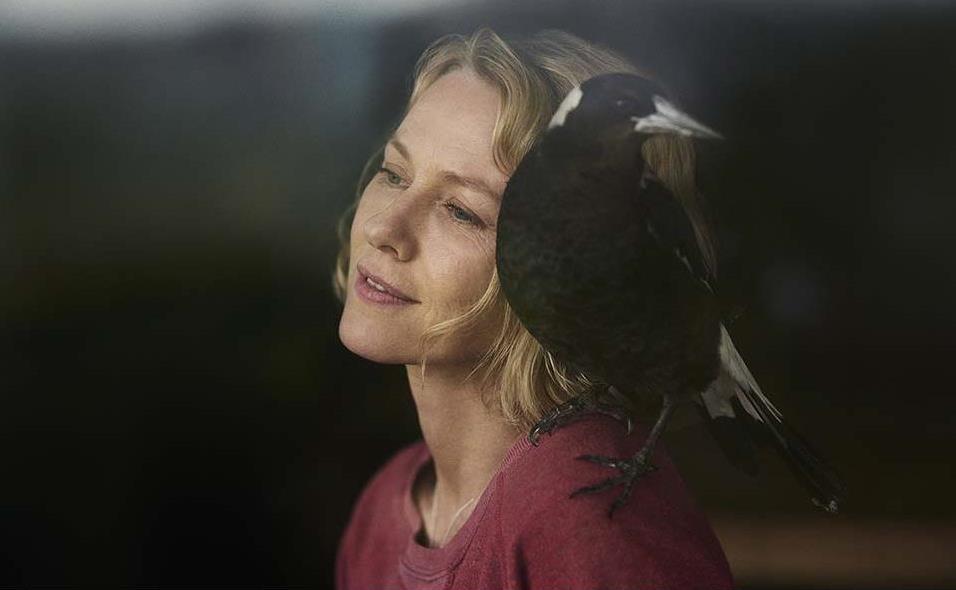 Penguin Bloom might not charge into our shameful cultural history, but it could make friends across our popular culture. Premiering at the 2020 Toronto International Film Festival, the feel-good film stars Naomi Watts as a a disabled mother who develops a profound emotional connection with a magpie.

While it has divided its reviewers around the Toronto screening, none would query the quality of the film’s cast and crew. Director Glendyn Ivin excels at distilling truths about loss and pain from stories and performers in a culture that prefers to go surfing than have a good honest cry. Working with Harry Cripps, writer Shaun Grant started with a film in which the family dog is shot (Snowtown), and found his way eventually to Jasper Jones and then The True History of the Kelly Gang, so he knows a lot about emotional range. And working with strong directors. The producers are Bruna Papandrea, who knows how to work with US popular culture, Emma Cooper, Steve Hutensky, Jodi Matterson and Naomi Watts.

TIFF ran a Q&A via Zoom.

Collider swoons over the feathered talent and is hooked totally by Naomi Watt’s performance.

No matter what’s going on in the world, when I come home and see my cat Dewey, it immediately brightens my day. Penguin Bloom feels like a heaping dose of that sensation. Release plans have yet to be announced, but should Penguin Bloom get a 2020 debut date – in theaters or streaming – I’d truly be shocked if it didn’t wind up being a favorite of the year.

Indiewire is also a sucker for a good warbler, but plugs into its wider virtues as well.

Nearly a decade later, it’s time for another: Give an Oscar for the bird(s) that star in Glendyn Ivin’s dramatic real-life story, “Penguin Bloom.” That’s not to diminish the work of the human actors — including a stirring Naomi Watts and a breakout performance by young actor Griffin Murray-Johnston — but there’s a reason why this gentle Aussie drama is named after its sole winged character. Based on the book of the same name by Cameron Bloom and Bradley Trevor Greive, Ivin’s latest feature tracks a familiar enough story about injury, grief, and resilience, though one wonderfully fluffed up by the unlikely heroine at its heart.

The Guardian is delighted that it gives Naomi Wattts a great role and finds the good stuff in a slightly more measured way.

Like the symbolism at its centre, it’s not a particularly subtle film but on its own simple terms, it’s one that mostly works. Sam’s tentative connection to Penguin is believably choreographed, echoing her desire to care for her children, to look after a creature even more vulnerable than she is and through some slick wrangling, we can sense a growing chemistry between them. The bird itself is hard to resist, tottering around as if slightly inebriated, winning us over at the same time as the Bloom family, sneakily stealing innumerable scenes from the human cast.

Hollywood Reporter goes at it with the pursed lips of true industry cynicism.

But those films were obviously aimed at adults and also were less clunky than this one, which, though based on a true story, hammers a bit too hard the idea that the matriarch and the bird are in the same boat — with dialogue like “She doesn’t want to be stuck inside, does she?” and “It must be weird to have wings, but not be able to fly,” along with multiple shatterings of glass.

Penguin Bloom, which was written by Shaun Grant and Harry Cripps and counts Watts and Emmy winner Bruna Papandrea (Big Little Lies) among its producers, is an example of a perfectly fine and well-meaning film that may nevertheless struggle to, well, take flight, in awards season or otherwise.

The HR review is kinder and acknowledges its audience is not voting for awards, but still has some reservations.

Naomi Watts and Andrew Lincoln bring dignity and seriousness to what might’ve been a painfully sappy tale of rebirth, and their star power offers the Aussie import’s main hope of connection with audiences. But this is hardly the complex material cinephiles hope for at festivals, whether they attend them remotely or in person.

Variety has a moment of cruelty.

Still, it’s thanks to Watts’ measured performance that Glendyn Ivin’s based-on-a-true-story film — about a recently disabled Australian woman learning to navigate her new reality — mostly avoids the pitfalls of dated and offensive inspiration-porn movies of yore that supply nothing but uplifting fodder to the able-bodied.

If we want to be schematic about this project, it belongs in the category of Australia pet-based family films with an edge of tragedy. It is not a huge category though it includes Storm Boy, Oddball, Red Dog and Ride Like a Girl.

Read More: The most anticipated Australian films of 2020

These films align with the values of their filmmakers which tend to direct them towards the children’s sector. So they often have real feels under the artifice. There is a continuing determined industry push to family films, which may not play hugely in overseas cinemas but have steady ancillary sales. And now great streaming potential.

Who knows how this film will play out? One thing is sure — the Australian public will be reminded that corvids are very smart creatures.They are deep in our culture.

And here is a sweet colour story piece about the real family, the real book and the actual bird. There are lots of challenges in a project like this, which belong to a genre that walks a fine line between the mawkish, and moments that can make an audience’s heart soar as they snuggle up with their kids.