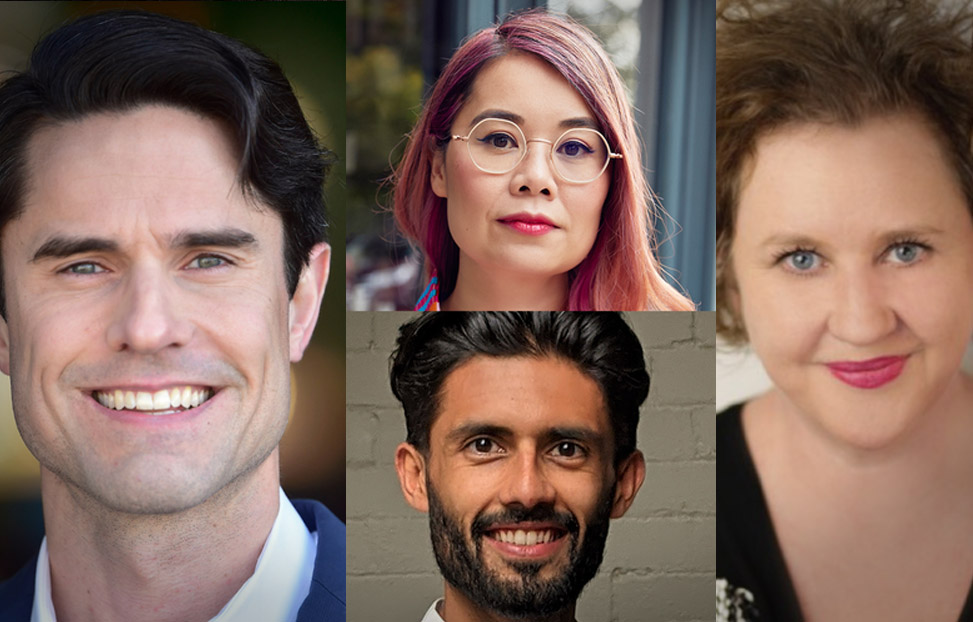 These three streamers are actively pursuing Australian content and will each conduct a webinar giving producers a specific brief highlighting their current slate requirements, providing insights into what they’re looking to commission in the future.

The commissioners participating in the Pitch on Demand information webinars, which will be held next week on 3rd, 4th and 5th November are:

Following the webinars, SPA members will have the opportunity to submit one project in response to each streamer’s commissioning brief, with applications closing on 17 November, and online pitches to the streamers taking place 13 & 14th December.

Projects submitted must be market-ready and have sufficiently developed project materials ready to share if selected to go to the pitch stage. Evidence of chain of title may be also requested, so get your ducks in a row if you’re interested.

SPA will facilitate the pitch meetings between shortlisted applicants and the streamers. The organisation says it hopes these pitch meetings will result in Australian screen businesses having the opportunity to secure vital investment for Australian productions.

It hardly needs stating that this attractive opportunity will bring new members to SPA in order to participate.

SPA CEO Matthew Deaner, who has long called for more investment by the streaming sector in Australian content, said:

‘SPA is creating an efficient, targeted way for commissioners to connect directly with high potential content producers who can deliver to the needs of their audiences. Pitch On Demand will cultivate new business relationships for the mutual benefit of producers and streamers. We are striving for a healthy, sustainable, and diverse Australian screen industry and the inaugural Pitch On Demand is a catalyst for this.’

Read: Ones to Watch, and support and get to know, care of Screen Producers Australia

‘It’s crucial for creators to find the right home for their content to engage audiences. We’re proud to partner with SPA on this initiative to connect producers directly with commissioners at Netflix, Amazon Prime Video and Stan and help create a more accessible industry. It’s an exciting time to see Australian stories reaching audiences across the country and all over the world on these platforms and we look forward to seeing the distinctive local projects that come through this program.’

‘We are in an exciting time for Australian content and Amazon Prime Video is proud to have invested $150 million in local productions, resulting in more than 2,500 jobs across Australia through 14 local productions so far. Australians are amongst some of the best storytellers in the world and I am excited to uncover fresh, unique and authentic stories from this year’s Pitch On Demand initiative. We are always on the lookout for new talent and, if you have an idea, I would encourage you to submit your project.’

In 2020 Netflix reported a 23.3% rise in paid streaming customers. Australian content on Netflix including Love on The Spectrum and Clickbait have spent lengthy periods on the ‘most popular’ lists around the world. Upcoming original commissions including Heartbreak High from Fremantle Australia, Werner Film Productions Surviving Summer and Byron Baes from Eureka Productions.

Netflix’s Director of Content (ANZ) Que Minh Luu said: ‘We at Netflix ANZ have been boots on the ground, working directly with stellar local producers and creatives to empower and supercharge Australian storytelling. We invest in creative vision, and the Pitch On Demand initiative connects us with talent and ideas we can help bring to the screen, for our members both locally and throughout the world.’

Stan is Australia’s leading local streaming service and has delivered over 20 Stan Originals to date, with nine new projects on the way. Stan is committed to significantly ramping up its first-run slate from original productions. Previous Stan Original commissions include Bloom, Bump, The Commons, Eden, The Gloaming, The Other Guy, Romper Stomper and more.

Stan’s upcoming new slate of locally produced content includes the Jamie Dornan led drama The Tourist, a co-commission with BBC and HBO MAX; the Made Up Stories series Wolf Like Me with Peacock, starring Josh Gad and Isla Fisher; Bad Behaviour from Matchbox Entertainment, produced by Amanda Higgs and directed by Corrie Chen; the Hoodlum Entertainment feature Christmas on the Farm; two more seasons of the highly acclaimed Roadshow Rough Diamond drama Bump; as well as new features, including Gold from Deeper Water Films and starring Zac Efron, and the award-winning Nitram from Good Thing Productions.

Stan’s upcoming new slate of locally produced content includes the Jamie Dornan led drama The Tourist, a co-commission with BBC and HBO MAX; the Made Up Stories series Wolf Like Me with Peacock, starring Josh Gad and Isla Fisher; Bad Behaviour from Matchbox Entertainment, produced by Amanda Higgs and directed by Corrie Chen; the Hoodlum Entertainment feature Christmas on the Farm; two more seasons of the highly acclaimed Roadshow Rough Diamond drama Bump; as well as new features, including Gold from Deeper Water Films and starring Zac Efron, and the award-winning Nitram from Good Thing Productions.

Read: Film review: Nitram is hard to pin down

Stan’s Chief Content Officer Cailah Scobie said: ‘As Australia’s unrivalled home of original productions, we look forward to partnering with SPA and Screen Australia on this new initiative as part of Stan’s ongoing commitment to support the Australian screen industry – and to hearing directly from some of the country’s best storytellers.’

Find out more about Pitch On Demand.