Ride Like a Girl is hunting for broad audiences, and one of its best weapons is its steadfast celebration of our culture. Producer Richard Keddie is betting on it.
David Tiley 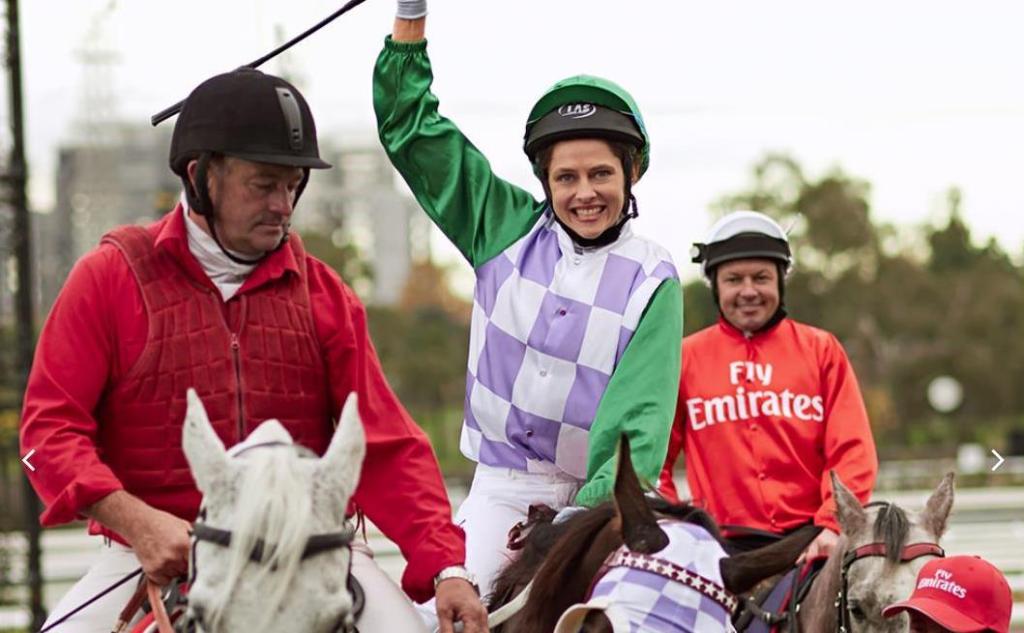 Teresa Palmer in Ride Like a Girl, hoping to triumph like the real thing. Image: Screen Australia

Interviewing an Australian filmmaker with a family film is a distinctive experience. Each one turns strange in the same way, and Richard Keddie, producer of Ride Like a Girl, offers a perfect example. They begin with the usual origin stories and casting decisions, and end up talking about Australian values and national identity.

This is Keddie’s third film with those broad intentions, following on from modern media musical Goddess, and dog feature Oddball. Along the way, the producers of these films include Andrena Finlay, Stephen Kearney, Sheila Hanahan, Rachel Griffiths and Suzie Montague-Delaney, all of whom understand the particular charm of family films.

‘I think it’s a miracle what we achieved considering the risks and a first time director,’ said Keddie. The risks being a huge film with highly strung horses and a budget somewhere north of $10 million which does not buy a stupendous amount of hay, and the director being the bankable veteran actress and independent thinker Rachel Griffith.

‘It’s an Aussie classic,’ he continues. ‘It’s an old fashioned movie but it is about a wonderful family and their incredible values and it represents the best of what Australians are. They are so humble, they are self-effacing and they get on with it.’

Here is the crucial line: ‘I want to shift the culture from negative storytelling to talking truly about who we are. We are all hopeful, we aspire and we love our families.’

Mad Max, Snowtown, Ned Kelly or The Nightingale this is not. It is kin to Crocodile Dundee, Red Dog and Last Cab to Darwin.

Richard Keddie got here by working on a lot of documentaries and  features, often with Andrew Wiseman and Apollo Films. He does not rely solely on drama because he makes commercials, is deeply involved with the Australian Labor Party and makes campaign material.

Now this public concern for the common people is full blown and calling for audiences. It was not easy. ‘You’ve got to fall in love with it because the process is murder,’ he admitted. ‘We had to deliver it and protect it. I fought off the wolves.’

The casting was a juggle. Teresa Palmer was home for it, Sam Neill left his farm in New Zealand and the casting agents had to collate a family of ten children both as children and then as grown-ups. Scriptwriters Andrew Knight and Elise McCreadie had to juggle this huge herd of horselovers, a long time frame with several gaps, and a large bag of exposition mixed with heart-on-sleeve moments.

The touchstone, according to Keddie, is Steve Payne, the brother with Down Syndrome who truly did get a job as a strapper in the stables and plays himself in the film. ‘Steve is the heart and soul of the film,’ he said, though the part was small. ‘To have Steve in the film grounded us and grounded the truth of the story.’

The finance came from the traditional agency sources, the Producer Offset and private finance, which was secured inside the racing industry. ‘Racing people are incredible risk takers,’ Keddie said, ‘and the movie business is about risk. We found people who owned racehorses who love the story and wanted to bring it to life.’

The biggest problem in the shoot was probably the 37 horses who needed to race their hearts out over and over again. The production put skilled racing people at the heart of the process to keep them positioned, available and fresh to race. Limited by regulation they were allowed eight takes a day and each animal could only be worked for three days in succession.

Horse racing films are a particular genre which work on a very limited trajectory. ‘I got every racing movie I could find and studied them all. They are all about the horse and not the jockey, there is no strategy and the horse always ends up running last and then passes everyone and wins.

‘I wanted you to feel the danger and put a young woman in the centre of that.’

‘No-one has grasped the danger, which is never seen in horse riding. I wanted you to feel the danger and put a young woman in the centre of that. Horse racing is the only level playing field sport in the world, the only one that puts everyone on an equal footing.

‘I felt you had to be in the race. We used cameras on riders and on jeeps, but we took the internal workings of drones and put them on sticks and the jockeys held them. We controlled it from the base. We blocked the race and walked the track. There was lots of preparation and the shoot was really complex and scary but we didn’t hurt anyone or any creature. Safety was insane.

‘We had a lot of fun with the special mics. John Wilkinson bought special 360 degree mics. I think he almost as much as anything puts you in the race. It’s unbelievable. It’s terrifying. I was holding my breath every take.’

Originally the shoot was split in two with the family story and the racing kept separate. But the schedule meant that both crews had to shoot simultaneously. The people scenes were shot by Martin McGrath who brings the same immaculate eye he first displayed in Proof and Muriel’s Wedding to television series like Rake and Jack Irish. The horse work was shot by Jamie Doolan.

Keddie is very happy with distribution company Transmission. He claims that the two companies were able to fuse his expertise on the film and its intentions and Transmission’s knowledge of the cinema market. They were armed with over fifty short clips about the production process ranging from seven seconds to a minute to place on social media.

‘We gave reviewers no screeners,’ said Keddie. ‘They had to see it on screen with other people. It is a movie that moves people. On the TV it doesn’t work the same way. To appreciate the film you have to see it with an audience.’

Reviews are split. Word of mouth around the traps is excellent but the major Australian critics resist the sentiments and tend to go sideways into the ethics of horse racing and the role of the industry in the finances. Those opinions are unlikely to make much difference to a school holiday audience.

The producers need good figures in Australia because they give international distributors confidence in the audience appeal. Though Michelle Payne is well known here, she has no recognition outside Australia so they are starting from ground zero. However, they have sold to a dozen territories, which Keddie claims is very good in a lousy market.

They are heading to a deal in the US, their entry into China is fabulous and their deal with Germany is described as ‘really good’.

There is one common factor in all these deals. ‘The first thing they say is the film is very Australian. But that is who we are.’