Scott and Charlene are coming back to Ramsay Street (just don't tell them about property prices in 2022).
Paul Dalgarno 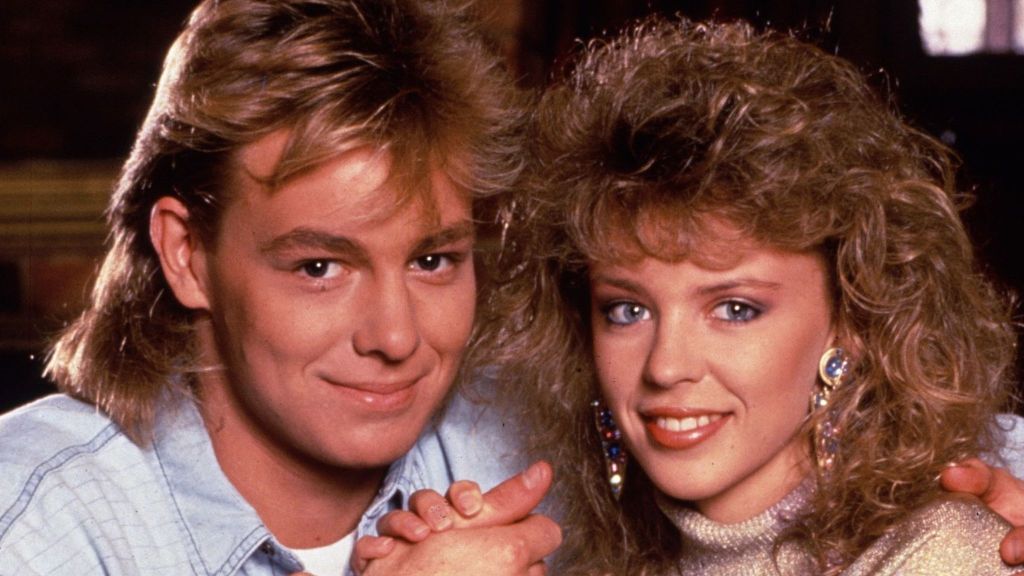 Coming home isn’t always what it’s cracked up to be.

Who can forget the wedding of Scott Robinson and Charlene Mitchell in Neighbours in 1987? Well, anyone born after 1987 for a start. But now, after 30 years away, the pair, played by Jason Donovan and Kylie Minogue, will return for the show’s finale – hoorah!

Their confirmed walk down Memory Lane/ Ramsay Street comes after it was announced that the 37-year-old soap will end this year following a decision by Channel 5 in the UK to drop the show from its schedules.

Scott and Charlene were a firm favourite with viewers before their departure in the late 1980s, and Executive Producer Jason Herbison has tweeted that the pair will play ‘a very special part’ in the show’s finale.

In an episode that brought tears to glass eyes the world over, the couple’s wedding drew more than two million Australian viewers and almost 20 million in the UK – an emotional highpoint that was nearly, but not quite, surpassed only by Bouncer the dog’s dream in 1990.

On racking off from the show, Donovan launched a career in music, with hits including Especially for You – his duet with Minogue. He played the lead in the stage show Joseph and the Amazing Technicolour Dreamcoat in the 1990s and has continued an off-on career in pop and musical theatre in the years since. Minogue, of course, has since achieved global fame as a music and fashion icon, and is the most successful Australian female recording artist of all time with more than 80 million records sold worldwide.

The soap, which also launched the careers of singers Natalie Imbruglia and Delta Goodrem, and film stars Margot Robbie, Liam Hemsworth and Guy Pearce, has aired on Channel 5 for more than a decade, having previously been broadcast on the BBC.

When the channel announced it was dropping Neighbours from its schedules earlier this year the show’s producers said they had no option but to ‘rest’ the series.

But before then, if only one more time, we have a chance to remember just why, exactly, neighbours become good friends.