eOne – Screen Forever asks what use is it now?

eOne has a lot to say about the screen industry's key problem - how to do niche, nuanced, excellent and modestly budgeted?
David Tiley 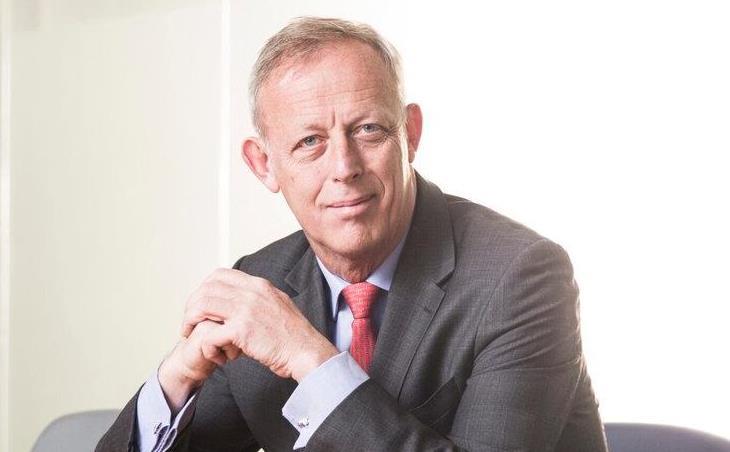 Fifteen years ago, eOne was a music and home video distribution company in Canada called Records on Wheels which absorbed a chain of record stores in Halifax, and with it acquired Darren Throop as VP of Operations. He ended up as President and CEO of the whole shebang. He is behind everything that followed.

That dinky but determined business acquired a taste for content companies, was bought out by an equity investor outfit, and went on an acquisitions rampage. Its logo appeared on Australian screens, it got to know the management team at Hopscotch and bought most of it in 2012. Co-owner Troy Lum was trooped into eOne as well, the company bought many excellent businesses, invested in Australian productions and then centralised its management back into Canada.

His advice was to buy the best minds in the business and to build contracts on a win-win basis. ‘The other side does have to be left breathing,’ he said. He believed the industry was moving towards premium, so eOne had to own its IP which needed to be the best possible.

In two sections, the company bought out Mark Gordon Company. ‘That really was where our ambitions and our scale took off. Because Mark is a phenomenal super producer in the real sense. In his first year he produced Designated Survivor for ABC. And, you know, suddenly, instead of having Canadian shows in a million dollar budget we were doing a $5 million show for ABC. And suddenly our profile in the market just took off.’

They were offered a Netflix deal and turned it down, because they needed to build broader relationships around the international buyers. Mark Gordon deserved a top class international distribution company around his product, and they built this over eighteen months.

‘We think the market today is really quite dangerous. There is a lot of inflation and shows are getting more and more expensive. You have to be fresh, original and premium. And what goes with that is quite expensive. Or you have to be more nuanced and niche,’ Baxter said.

‘The danger ground is right in the middle, if you aspire but don’t execute to the very top.’ There are around 800 productions per year made around the world, and many don’t sell. This is a new, grimmer reality.

As the company grew ferociously, Baxter was at the heart of an organisation that was producing to fill a slot, developing its own shows to pitch or retail, and brokering deals that brought exactly the right creatives, properties and customers together. You can imagine the whirl, the masses of intelligence to digest, and the frightening bets on flakey, feisty, slippery human beings.

‘We can’t necessarily compete as a smaller company with the size of the checkbook. So we have to be different. So we said, we’re going to focus on transparency, and service and relationships and quality of execution.’ In five years they have gone from turning over US$40m per year to US$400m, and they have outgrown ITV, FremantleMedia and Shine Endemol.

After all, they bought UK animation powerhouse Astley Baker Davis, which had a small show in development called Peppa Pig.

Among his growing staff, he ‘brought in people who were used to working the studio world, because studios are incredibly rigorous and analytical. And I needed some of the rigour and some of that sort of technical capability. But I wanted to keep, you know, the heart of an indy. We have a tagline in the company that we seek the scale of a studio but the heart of an indy, and we really do make that work.

‘We’re all entrepreneurs, we’re all builders, we’ve all worked in small, some of us have worked in big but our passion is common amongst all of us.’

Baxter acknowledges they are dealing in frightening numbers, even at their present scale. The Deputy, starring Stephen Dorff from True Detective, cost US$5.6m per hour in the US, Fox put up the usual network price and eOne is betting big by deficit financing the balance. ‘You don’t need to be a genius to know that’s a huge bet,’ said Baxter. ‘Across thirteen episodes in season one, that is US$40m which we hope to get back.’

The bet is defrayed against David Ayer, a creative director, producer and writer they really believe in, based on films like The Fast and the Furious as writer, Suicide Squad as writer and director and Bright as director and producer.

The Australian perspective on eOne

We had watched the Hopscotch name turn into eOne, and former owner Troy Lum move off into the bigger organisation. Then eOne signed its distribution business here over to Universal, dissolving the Hopscotch feeling for niche into the much broader studio company.  It looked as if the former Hopscotch business, a jewel in our crown, had been melted into a big bureaucratic ingot overseas.

As Baxter pointed out, there still is a distribution business here, but the Universal deal was made to reflect international policy. eOne wants to get out of infrastructure and focus on activities that give them intellectual property.  However, eOne also took over Jude Troy, another partner in Hopscotch, and she became Managing Director of eOne/Hopscotch Home Entertainment.

‘She brought a comedy project that Stan was starting to develop and said “Would we co fund that?”’ The show was The Other Guy.

‘We assembled a team working with Aquarius, Jude’s company Wooden Horse and Stan. Matt Okine, who’s the lead and star is unbelievable. It’s quirky, it’s fun. It’s where we talk about more niche or more nuanced, but actually punches above its weight. And it’s very contemporary, and we felt we really liked it. So much so we’ve just done season two.’

They are involved in other Australian productions too. Upright, with Tim Minchin and Jason Stephens was already commissioned by Foxtel and Sky, so eOne came in as international distribution partner to deficit finance the rest of the budget. They are already talking about season two.

So eOne is still doing business on Australian productions, bringing what they claim is their sense of niche and nuance to their judgement.

‘It is a portfolio we are trying to run. We don’t want to have shows which compete in the same space so we are building a complementary slate. Clearly, we’d much rather come in as early as possible, because we can influence and see the creative and understand its evolution. Where we really love the show. We will coming later as a distributor as well.

The general problems? There is a bottleneck around excellent writers, and a shortage of known talent to headline shows for international audiences. Baxter acknowledges we have a deep pool of Australian actors, but they really only work on the posters for ensemble productions.

That is already a disadvantage in a marketplace which is becoming more hostile. As he said of the big international markets, ‘People frankly, are buying fewer and spending more than money on fewer bigger projects.’

That brings us back to the issue of smaller projects, on lower budgets, which still glow with quality.

Meanwhile, the Australian independent sector is still left with a hole. Hopscotch was once a potent and appreciated force in financing and distribution, and it lost that role once eOne came in. The old company is still missed.