'Disney: The Magic of Animation' comes to ACMI in May, bringing over 500 unique Disney artworks to Australia for the first time.
Jini Maxwell 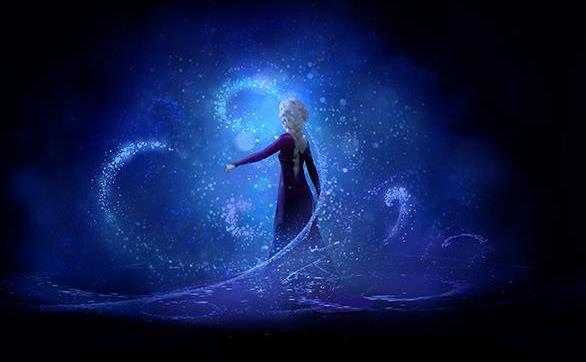 ACMI (Australian Centre for the Moving Image) is back with a bang after its two year closure. Melbourne’s own museum of the moving image is bringing the internationally acclaimed exhibition Disney: The Magic of Animation to Australia for the very first time.

From 13 May, ACMI will host this exhibition of all things Disney as part of Melbourne’s Melbourne Winter Masterpiece series, supported by Visit Victoria.
Comprised of work from the Walt Disney Animation Research Library, the exhibition collects over 500 unique artworks, including sketches, paintings and concept art, that tells the story of almost a century of film artistry. The exhibition starts at the very beginning, with concept art behind Disneys’ first talkie, Steamboat Willie, released in 1928.

‘Whether it is a series of appealing line drawings, shot in sequential order to create a believable character, or complex digital imagery rendered to create a magical effect, animation has the power to transport the viewer into a world of imagination and beauty.’

And the collection doesn’t stop at the hand-drawn. The exhibition also covers Disney’s recent hits, delving deep into the studio’s CGI creations, including never-before seen artwork from Disney’s latest, Raya and the Last Dragon.

For Mary Walsh, the Library’s Managing Director, the exhibition is a stunning tribute to the art of animation, and to ‘the filmmakers and storytellers at Walt Disney Animation Studios have been creating, producing and pushing the boundaries of animation for almost 100 years.’

Victoria’s Minister for Creative Industries Danny Pearson described the Melbourne-exclusive exhibition as ‘a huge drawcard for ACMI and Victoria this winter,’ praising its role in ‘bringing more visitors into the heart of Melbourne and igniting the magic of Disney for kids and families across our state.’ After a year of hard Covid lockdowns, this high profile exhibition will appeal to crowds of all ages as Victorians continue to gain confidence in the social sphere.

READ: Rebooting the museum of the moving image

A story sketch from The Jungle Book. Image supplied.

‘Whether it is a series of appealing line drawings, shot in sequential order to create a believable character, or complex digital imagery rendered to create a magical effect, animation has the power to transport the viewer into a world of imagination and beauty,’ Walsh added.

Disney: The Magic of Animation is a strong return to form for ACMI, after their extended renovations.

The museum has been part of the annual Melbourne Winter Masterpieces series since 2007, and has showcased major international exhibitions such as David Bowie Is… and Hollywood Costume exclusively to Melbourne. ACMI’s own touring exhibitions like Game Masters and DreamWorks Animation: The Exhibition have also attracted more than 5 million guests across four continents.

Disney: The Magic of Animation opens at ACMI on 13 May. Tickets are available now.