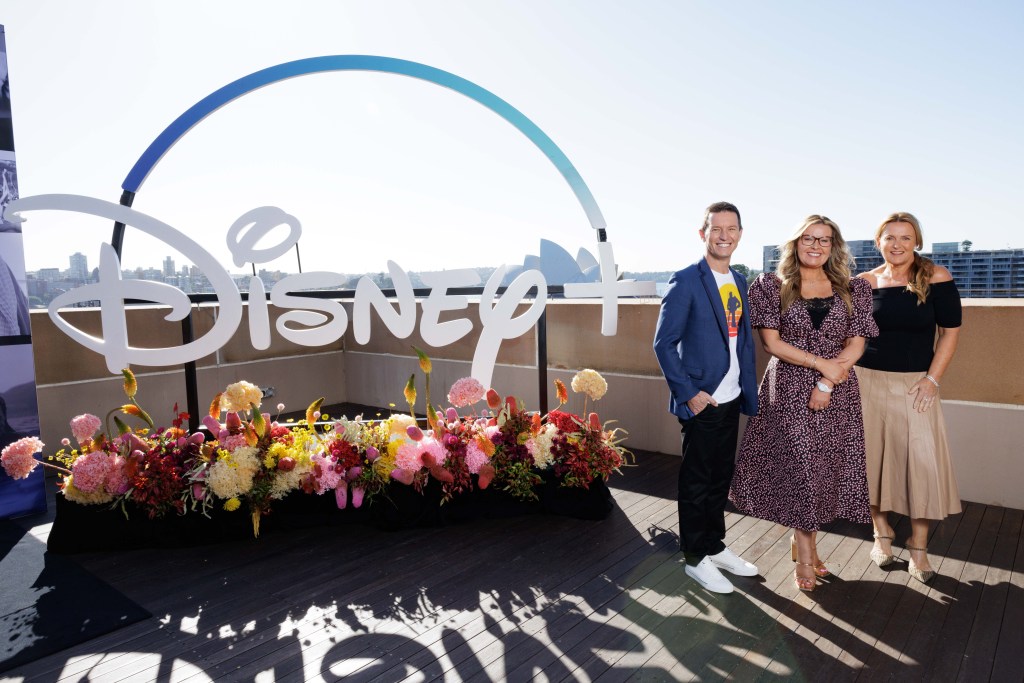 The Walt Disney Company in Australia and New Zealand has announced its first wave of local content commissions and acquisitions for Disney+, with nine Australian originals launching in 2022/23.

Kylie Watson-Wheeler, Senior Vice President and Managing Director of The Walt Disney Company in Australia and New Zealand said: ‘The Walt Disney Company is thrilled to be bringing home-grown, premium Australian originals with familiar faces and places – not only to Aussie screens, and those across the ditch – but also to the world stage that is Disney+.’

‘Our storytelling and commissioning approach is unique and overlays local culture, mindset and humour – adding to the deep emotional connection that The Walt Disney Company is renowned for and that our audiences expect.’

The initial slate of Disney+ local content includes the following:

Based on JP Pomare’s novel In the Clearing and inspired by the real-life Australian cult The Family and its founder Anne Hamilton-Byrne. In this eight-part psychological thriller, a woman is forced to confront the nightmares of her past to stop a secret cult intent on gathering children to fulfil its master plan. Produced by Wooden Horse’s Jude Troy, in association with Egeria. Created and written by Matt Cameron and Elise McCredie alongside co-writer Osamah Sami.

A character drama set in 1850s Australia. Across eight episodes, the scripted series explores the adult double life of Charles Dickens’ famous prince of thieves – Dodger – now a surgeon, but who can’t shake his predilection for crime. The inspiration for two of his most famous characters, Fagin and Jack Dawkins aka The Artful Dodger, were transported to Australia for their crimes. The series takes place 15 years on from the events of Oliver Twist and is set in the frontier colonies of 1850s Australia.

Last Days of the Space Age

An eight-part dramedy series set in 1979 Western Australia, when Perth was at the centre of the world’s headlines. A power strike threatens to plunge the region into darkness, while the city hosts the iconic Miss Universe pageant and the US space station, Skylab, crashes just beyond the city’s suburbs. Against this backdrop of international cultural and political shifts, three families in a tight-knit coastal community find their marriages, friendships, and futures put to the test.

Fearless: The Inside Story of the AFLW

A world-first look at the AFL Women’s Competition (AFLW) and the powerhouse movement it has become for women in sport. The six-part series spotlights four clubs: Adelaide Crows, Collingwood, GWS GIANTS, and Western Bulldogs. With the AFLW at the forefront of celebrating diversity and inclusion and redefining gender norms, the series will explore the journey, sacrifice and history in the making, as the trailblazing women of the AFLW pave the way in professional sport and help change the sporting and cultural psyche of Australia. Cameras were rolling in April 2022, capturing the historic victory of the Adelaide Crows – taking their third AFLW premiership.

Produced by JAM TV Australia with filming taking place around Australia. Michael Venables directs, with Anne-Maree Sparkman as Executive Producer. Becky Taylor serves as Series Producer. Production is underway and has been capturing the action from the AFLW.

Matildas: The World at Our Feet

A docu-series going behind the scenes of the popular Australian national sporting team, the Matildas, and tracking the rise of women’s sport through incredible and immersive storytelling. Cameras have been following the Matildas as they prepare for the FIFA Women’s World Cup 2023 on home soil alongside co-host New Zealand, with the story starting in the lead up to the first match of the 2022 AFC Women’s Asian Cup. The six-part docu-series chronicles the highs and lows as well as the extraordinary teamwork, trust and spirit required – as the squad looks to create history and leave an unrivalled legacy for the sport in Australia and abroad.

Production is underway, led by Executive Producers, Steve Bibb of Barking Mad Production and Christopher G. Cowen of STATION 10 Media, with Katie Bender Wynn as Director. Fremantle and Boardwalk Pictures are lending services on this global production, with filming around Australia – from Townsville to Canberra – and across the globe in France, Sweden, Dubai and London.

A six-episode docu-series centred on a group of highly-skilled divers and underwater filmmakers – Captain Ash Sutton, Andre Rerekura, Nush Freedman, Johnny Debnam and Ryan Chatfield – along with expert maritime archaeologists from the Western Australian Museum, Dr Ross Anderson and Dr Deb Shefi. In each episode the team embark on an expedition to a remote location off the vast coast of Western Australia to uncover long-lost shipwreck secrets and make some world-first discoveries.

Produced by VAM Media and Terra Australis Productions in association with Barking Mad Productions. It is Directed and Produced by Brendan Hutchens with Steve Bibb serving as Executive Producer and Katherine Barrett as Series Producer.

An eight-episode docu-series exploring the unique surf culture of Japan, highlighting the dramatic push and pull between convention and innovation. By chronicling the lives of both the trendsetters and the traditionalists, the series paints a captivating picture of the global surf industry – from Australian-Japanese surfer Connor O’Leary to freestyle surfers, Olympic hopefuls and businesspeople trying to make their mark.

The locally managed series is currently in post-production and is produced by Boardwalk Pictures with Jason Baffa serving as Director and Executive Producer Christopher G. Cowen.

A four-episode series produced and hosted by Australia’s food and lifestyle icon Donna Hay. Bringing to life stunning but simple recipes for entertaining and feasting. With Benjamin Jones directing, the best-selling author, homewares entrepreneur and food stylist serves up a quintessential Australian Christmas menu. The series will showcase Donna’s Christmas against the backdrop of Avalon Beach and its picturesque surrounds on Sydney’s Northern Beaches.

An eight-episode factual series being developed with Australia’s Rove McManus. The new original competition format series will see teams of kids and grownups show off their skills at creativity, innovation and storytelling as they bring their own toy stories to life. It will feature a Pixar-inspired set and embrace many elements of the franchise. Hosted by TV legend Rove McManus, What’s Your Toy Story? is being developed with Guesswork Television and Roving Enterprises.