Deanne Weir: ‘There’s no point filling the pipeline if we don’t address distribution’ 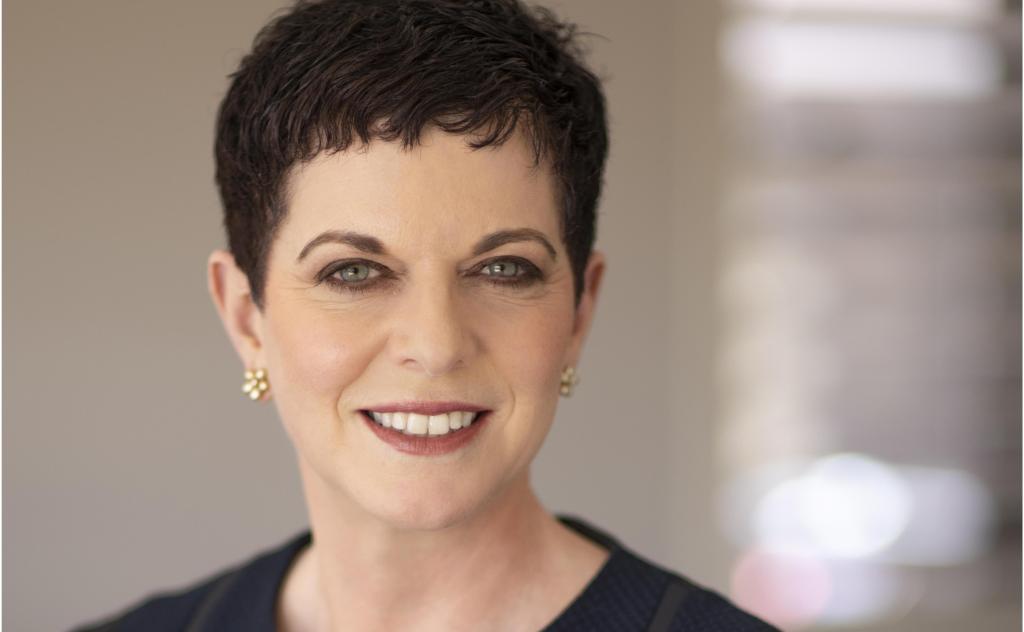 Deanne Weir has become one of the prime movers and shakers in the Australian screen landscape, particularly where gender matters are concerned. A former media lawyer turned producer, investor, philanthropist and company director, she was a board member of Screen Australia for eight years until 2016, and was instrumental in developing the actual Gender Matters program, where she’s still a member of the taskforce.

Now Weir is part of a new global initiative, Attagirl, a ten-month intensive development lab designed to assist 12 teams of female-led and non-binary filmmakers to make features with good pathways to global audiences. Teams can include men, but above the line talent must be majority female-identifying. Six of the 12 teams will be Australian.

Supported by Screen Australia’s Enterprise and Ideas program, the lab was created by feminist filmmaker, activist and general powerhouse, Sophie Mathieson, who is Executive Director of advocacy organisation For Film’s Sake (FFS), where Weir is also a very active Chair.

The number of participating organisations supporting Attagirl is significant, including the British Film Institute, Telefilm Canada, the Swedish Film Institute, Screen Queensland, Screen NSW, Film Victoria, South Australian Film Corporation, Screen Canberra and Screen Territory. The program includes three intensive workshops, two of which will be run online and the third, hopefully in person, pandemic-permitting, in partnership with the Sydney Film Festival in 2021.

Speaking on the phone to Screenhub, following a full day of back-to-back meetings with her other ventures, Weir said Attagirl was close to her heart, a source of genuine excitement and so she didn’t mind an after-hours interview. She was eager to get the word out about the program’s upcoming submission deadline (16 August), as well as explaining its rationale, the reason why it costs a team a minimum of $20,000 to participate, and the reassuring fact that successful Australian applicants will, in most cases, be financially supported by their State’s film body.

‘The odds are stacked against female teams structurally, and there’s no point just filling the pipeline if we don’t address the distribution challenges…’

‘Gender Matters has been great in terms of helping to fill the pipelines, and give more opportunities for development of female led projects, but it’s not enough to just do that,’ said Weir. ‘The odds are stacked against female teams structurally, and there’s no point just filling the pipeline if we don’t address the distribution challenges which have been made more difficult by the rapid changes in the global distribution landscape.’

‘This is about how we actually help female-focused teams with the tools and insights to understand better the changing pathways to audience, and actually be able to work with international colleagues to learn from each other, and to learn from amazing mentors over the course of the next 10 months, and really make a slate of projects that are the best they can be.’

Weir said the mentors will be paid appropriately for their expertise and time, and significantly, the male mentors have volunteered to receive 17 per cent less than the female ones, ‘a not so symbolic recognition that women on average earn less than men.’ For Film’s Sake is a not for profit organisation.

Even before the pandemic razed the theatrical exhibition landscape, distribution organisations had come under huge pressure in the last five years, said Weir. ‘The sorts of guarantees that they would previously have been putting on the table, those numbers are reducing as a percentage of budget, both your domestic and international DGs [distribution guarantees]. And this creates an even bigger gap.’

‘On the other hand, you’ve got the change with streaming platforms coming on board and wanting to buy up global rights, which is totally understandable from their point of view, but it does change the nature of the economics of the project and what would have been the traditional plan. So we have to think about how we fund the film, but also what the paths to audience are, and how can we find ways to actually grow an interest and cohort for your product before you even make your film?’

Are Australian filmmakers aware enough of this change distribution landscape?

‘I think it varies across the sector, and this is one of our challenges, that we need our film producers – and directors, everyone who wants to get a project up – to understand that they’re not just creative people, but they have to be creative business people as well. They need to bring those skills to bear themselves, or they need to find others to work with who have those skills. You need to think about what’s happening in the environment that surrounds you. This is an opportunity to build that muscle and expand that thinking among our cohort.’

Mathison designed the lab based on her 2018 Churchill fellowship research, which identified a need for supported distribution strategies as one of the essential keys in achieving greater participation of female and marginal filmmakers. The labs will focus on three main strands: Story, Audience and Market.

As Weir said, ‘No one’s pretending that they’ve got all the answers, because this is very much an evolving environment, but that’s the power of the global lab. In the Australian context, we are still somewhat isolated. It’s much easier for the Europeans to tend to work together, and I think this is an opportunity for us to try to grow those relationships. With my Sydney Film Festival hat on, we’ve obviously been doing that over the last few years by working with the European Women in Film, and the lab is extending that.’

Investing in Australian films: the passion and the tears

On a very personal level, Weir understands the challenges female-led Australian feature films face. With her company WeirAnderson, she’s made significant direct investment in three films releasing in this very fraught year: Babyteeth, Miss Fisher & the Crypt of Tears, and I Am Woman.

How does she decide which films to invest in? ‘I’m kind of experimenting a bit. I started a few years back with my Foundation – through DAF and Good Pitch, just making small donations to documentaries. I’ve been looking at the sector and learning about it over the years and talking to filmmakers and I’m very passionate about feature films and I want female-driven stories.’

‘When I invest, of course potential financial return is one element, but I also take a broader view where I’m looking at talent development and cultural impact, and it’s got to be driven by a great team. It has to have a story that resonates. With I am Woman, Babyteeth and also Miss Fisher and the Crypt of Tears, they’re three quite different projects and that mix was actually me trying to have exposure to some different types of films.’

‘When I invest, of course potential financial return is one element, but I also take a broader view where I’m looking at talent development and cultural impact, and it’s got to be driven by a great team.’

‘Baby teeth was an Indie film based on a pre-existing play (I’m also quite passionate about theatre), and a first time director but with the incredible Jan Chapman as EP and I’m privileged to know Jan because she’s on the board of the Sydney Film Festival with me. I had the opportunity to discusss that project with her, loved the script and supporting Alex White as a producer of her first feature, Shannon’s as director, and Rita Kalnejais’ first film as writer. It was an incredible team. Incredible cast. What’s not to like?’

‘And then with I am Woman, I’m a big fan of and friends with the team at Goalpost. As a child of the 70s, Helen Reddy inspired me and I think that’s a really important story. Again, I loved the script, Unjoo Moon as director, and I’m happy to support that team under producer Rosemary Blight. What’s not to like?’

‘With Miss Fisher I was really fascinated in it as something coming more from the television space, to see a story that had an inbuilt global audience from the series. How to transition to a big screen. Again, great producer team and some other interesting elements about the finance side of it that I wanted to explore.’

‘It’s been an absolute delight to be involved with those three projects. One could be heartbroken – and as my husband said, “great time to start investing in feature films the year the cinemas close!” – but you know, with all three of those films, whatever happens to them in terms of cinemas, they’re going to continue to be watched for 20 or 30 years to come.’

‘Sometimes people just want to sit down and have an emotionally satisfying experience within a two-hour period.’

In recent years feature films have become the poor and unloved cousins of the more popular narrative art of series television. For Weir, this is unfortunate. ‘Sometimes people just want to sit down and have an emotionally satisfying experience within a two-hour period. A story with a beginning, middle and end. The film format can do that. I really want to help female creatives and producers who want to do that.’

Finally, it has to be asked, does she get sick of having to hustle and shout about gender diversity, after all these years?

‘Oh my god yes. I was the founding convener of the Victorian women lawyers association in 1996. Women have been graduating from law school in the same numbers as men since the early 80s, yet weren’t tracking through in terms of career progression. We were like, “Okay, we just need to have a short sharp focus on this for the next few years and we’ll have it turned around.” And you know, it’s still an issue in the legal profession, and across society. And quite frankly I am sick of it! ‘

‘It’s more important in the screen industry than anywhere, because screen content is the most pervasive influence of our time. It’s everywhere. If we don’t tell our stories from the perspective of our diverse society, then we’re not telling everybody’s stories. And that’s a loop that keeps going around and around. We have to look at diversity in all its manifestations, but given that gender is more than 50 per cent of the population who identify as female, then that’s a pretty good place to start.’