Crack Hollywood before you leave home – here’s one approach

Writers trying to open a door to Hollywood are offered support systems in many different shapes and sizes. Here's one which comes with a clear rationale.
David Tiley
[This is archived content and may not display in the originally intended format.] 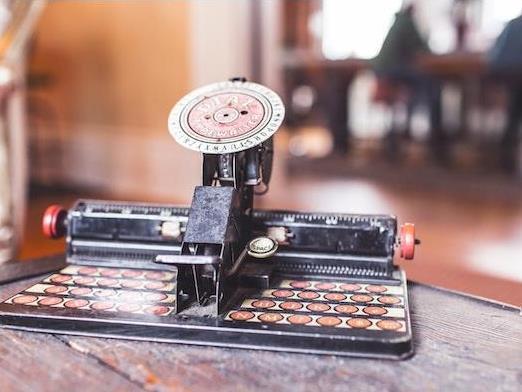 When you travel, be sure to take your favourite keyboard. Image: Gratisography

Australian screenwriters have responded to the limited pool of opportunities in Australia by trying to build global careers.

Carmen Knox and Melissa Azizi, a pair of development executive stroke producers who have worked in Hollywood, have built a new entry point for writers to Hollywood called In Dreams.

They are asking screenwriters from all over Australia to submit feature or television scripts, which are ‘vetted by a team of industry readers who each have a strong track record providing coverage for top-tier Hollywood companies and agencies’, according to their release.

‘Five semi-finalists will be notified and asked to submit a short video introducing themselves and their screenwriting dreams and ambitions.

‘The winners will be invited to participate in a fellowship program that facilitates a curated series of virtual introductions and meetings with key Hollywood industry professionals.’

The two winners will participate in a six week teleseminar called Storywise by Jen Grisanti, described as ‘an acclaimed story/career consultant, a former 12-year studio executive and the Writing Instructor for NBC’s Writers on the Verge program.’

The program is a way of doing the early meeting stages in Hollywood on a trajectory which Knox and Azizi have prepared from their experience in Los Angeles. But the writers do not have to leave home.

‘I was a business graduate from Monash with a major in Japanese moving into the finance industry and I was classically bored,’ Carmen Knox said. ‘My days were not fulfilling. I moved to New York in my early twenties.’

She became an associate producer on a New York feature which was ready to go when the director absconded with the budget. After this crushing moment, she was encouraged to go to Los Angeles, created a niche at assistant level and went on to work in scripted development for studio Insurrection Media before coming home to Melbourne in search of a balanced life.

Melissa Azizi was already in Los Angeles, following her partner who was studying screenwriting, and was admitted to the UCLA producer course and found a love of a craft which outlasted her physical affections. After eight years she is still there, having worked closely with senior producer Gail Mutrux, before forming her own production company, Sparkwood Films.

The two became a team, researching the problems of Australian writers going global, and talking to every person they could find going through the process. They developed an interesting take.

As Knox said, ‘It feels like we have a multitude of unheard voices. These writers are out there, just without a real platform to stand on. There is a gap for an initiative to connect writers to reach global opportunities.’

Those opportunities are run by agents and managers in a vast professional empire of their own. But there is a preliminary stage in which writers need to make the connections, attract interest and learn how to write proposals and spec scripts which are credible.

A question of vision

Really, this is about mindset. Australian writers are mostly developed by executives who work to a domestic market, so they are not providing support and experience on globally focused projects with a more expansive storytelling vision.

Development executives and producers in Hollywood are learning in a huge, neurotic empire dedicated entirely to hooking an audience. They may be horrible people with terrible ideas and sick imaginations, but they are infused with a particular ecology. We are a sea people, while they are all creatures from the same jungle.

What is more, there is a huge queue to get inside. Going to Hollywood is expensive, and mostly a long game – just like any other screen market. Outsiders face daunting competition from locally trained people with fashionable degrees and a history of attachments.

There are a swathe of initiatives from government and the Australian Writers Guild that showcase talent and help to acculturate writers. They are valuable and they chip away at the problem. But Knox and Aziza’s research suggests that project based support and attachments provide intense learning for short periods of time, and drop people just as they need a longer infrastructure. One development deal for a project which will probably collapse is not enough. Before these approaches can really work, writers need to be tuned to a certain kind of vision.

They argue that Hollywood and the global production system is fundamentally market driven, in which people compete for resources from investors who want to maximise profit. In this system, credible producers are able to judge the marketplace value of a project. Everyone knows that is a crap shoot, but the game is played with dice and numbers.

Government and non-profit agencies are driven by wider objectives which dilute the relentless power of investment driven decisions.  In a sense they come to the game with a bag of fish. Better, in the Knox/Aziza view, to learn the rules of the dice.

They claim their approach works on acculturation, on raw marketplace competition, and credibility. Ironically, the Grisoni approach relies partly on touchy-feely stuff like developing a personal voice, which is the language of Australian agencies. As Azizi said, ‘The two fellows’ meetings will be tailored to their voices’. The whole program is a globalised version of the new screenwriters’ schemes which have reached out to the wider pool of Australian writers down the years.

But, they say, their program is happening at a specific time. Supply lines have been disrupted by the current dispute between the Writers Guild of America and the talent agencies. The market is also greedy for new shows. Hollywood is now firmly dependent on global audiences and voices outside itself to survive.

‘I first went to New York in 1999’, said Aziza, ‘and I was blown away by the diversity. As an Australian child of the 80s, my TV screen did not present these stories to me. We’ve come a long way since then, and our fellowships are open to any Australian voices, no matter who or where they are or their personal experiences.’

That Australian spirit is the bit we take to the world. Thinking of the screen sector like that is an intriguing way to frame the push to put domestic writers onto a world stage, which would make an enormous difference if it becomes part of our sector’s DNA.

Feedspot has a meta-list of the most popular blogs about screenwriting, kept up to date by analysing search frequencies and social metrics.

Australia’s own Karel Segars has a lot to say and a useful approach called Immersion screenwriting.

Filmdaily has a list of the most useful screenwriting competitions for 2019; there are great opportunities which allow you to see the In Dreams program in context.

We should never underestimate the possibility of scams. Hollywood Reporter has some salutary stories and knowledge as of last year.

Scripted Ink is a valuable tool for Australians as well.