Cinefest Oz shorts awards reveal a passion for the fantastic, from outer space to the world's strangest pet, and the true origins of public servants.
ScreenHub 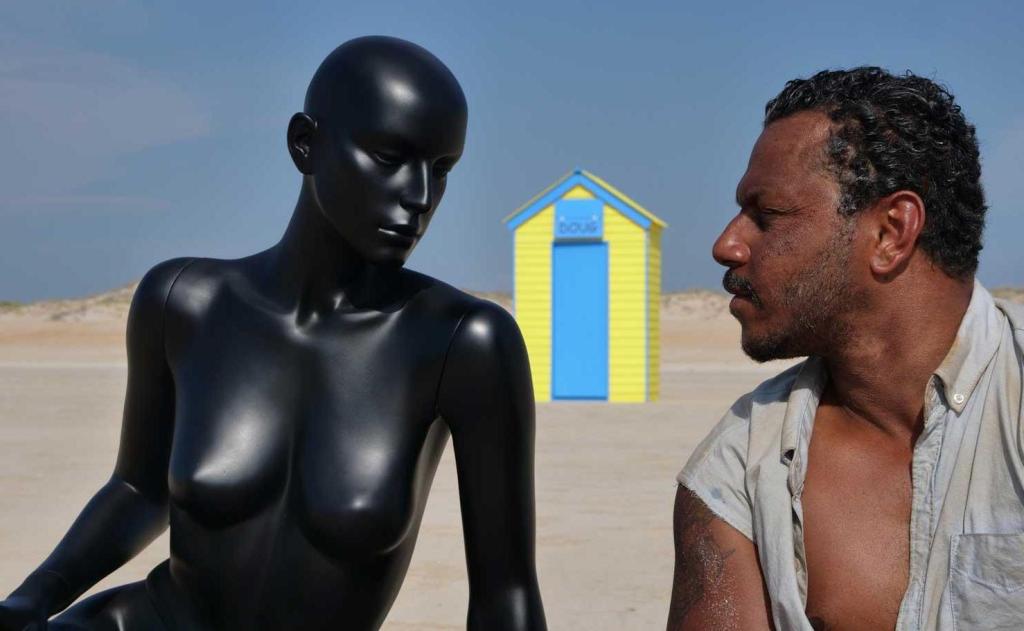 Getting attention for a short film is like throwing a rock into a dam. To get the rock to skip, first you need the dam. Cinefest Oz had added to the irrigation system by inaugurating its own set of short film awards to play out in its distinctively non-urban landscape.

The festival’s reputation depends on the annual feature film award,  at $100,000 the richest in Australia and definitely enough to make a huge difference to the winners. This year it has been suspended because COVID but will return in 2021. But, the festival is providing some modest love to the short filmmakers and surfaced an interesting selection. We should note that three of the four finalists are genre films – four if we want to consider experimental films as a genre. The other prominent films over the last few months have tended towards naturalism and rewarded precise observation.

The Best Indigenous Short Film award was given to  Doug the Human, directed by Gary Hamaguchi, produced by Jodie Bell and written by Gary Hamaguchi. He has been a first AD on part of TV series City Streets, has some writing credits and was a camera attachment on the latest series of Mystery Road.

The premise is politically neat, and pops up very occasionally on the international festival curcuit because it is intriguing and difficult to handle. According to the notes: ‘A man wakes up on an isolated beach, he doesn’t know how he got there. On the beach is a black, female mannequin.  The mannequin is an avatar used by an alien to communicate with the man. The alien has kidnapped the human and turned him into his pet.’

The project is produced by Ramu Productions, part of Goolari Media, a mostly music company from the Kimberley.

The Immortal, a NSW film from Carl Firth (writer/director/producer), Guy Edmonds and Augusta Miller (producers), had its first outing. Firth works between Sydney and Los Angeles in various crew roles like editor’s assistant and transportation on smaller films, large films and long form series, interposed with his own shorts.

A previous short, The Witching Hour, ‘has screened at numerous festivals including Sitges, Fantasia, Telluride Horror Show and Flickerfest, where it was awarded the Special Jury Prize,’ in the words of his website, he claims ‘an imagination that has run wild all his life, Carl is drawn to elevated genre work that explores the issues facing us, our society and our world.’

The Immortal is about living forever, is science fiction, has a good cast with solid US older -statesperson face James Cromwell and Australian Maeve Dermody. It is supported by Creative Partnerships Australia and an AFTRS Creative Fellowship.

He is putting the steps in place for a slow but effective climb towards the features he wants to make.

Carrie’s Doing Great, from SA filmmakers Alex Salkicevic and Bryce Kraehenbuel (writer/director/producers), Morgan Wright (producer) also had its world premiere. It is described as: ‘An aspiring video game artist uncovers a conspiracy that the local neighborhood watch are kidnapping the town’s creatives and turning them into mindless civil servants’. Categorised not as a comedy but a thriller.

Salkicevic has done a bunch of co-writing and co-directing shorts; Kraehenbuel has been an editor in that group, with his own $1200 short, Convergence as well. They are Flinders Graduates, supported by the Media Resource Centre, the Helpmann Academy and Carclew, ‘South Australia’s only multi-art form and cultural organisation dedicated to artistic outcomes by and for people aged 26 and under’.

Again this is genre work.

I Want to Make a Film About Women has already been doing well. For starters, is a personal project for Dr Karen Pearlman, the writer, director and editor who is the former head of Screen Studies at AFTRS, currently a senior lecturer at the Department of Media, Music, Communications and Cultural Studies at Macquarie University. She began as a dancer, is a scholarly editor who wrote ‘Cutting Rhythms: Intuitive Film Editing’. Her colleague Richard James Allen at the Physical TV Company, is also producer on this project.

As a love letter and alternate history of Constructivist women filmmakers after the Russian Revolution, this film is catnip for historians. So far, it has received the documentary award at the St Kilda Film Festival, was highly commended in the Sydney Film Festival Dendy Awards, and was financed partly through the Jewish International Film Festival Short Film Fund Award.

Carmentis is a strong genre piece, a science fiction fantasy in which ‘A grief stricken miner finds himself injured on the desolate planet Carmentis and must overcome his personal demons in order to survive, but can he get there before the planet freezes.’

The director Antony Webb has been a cinematographer and editor for nearly twenty years, threaded through WA productions with directors like Zac Hillditch. Producer Jaclyn Hewer has produced two significant WA shorts and worked with Factor 30 Films as an assistant producer on Hounds of Love, and co-producer on kids’ series Aussie Rangers.

If you scrunched up your eyes and asked which of these four needed this win you might think this award brings a kind of justice. It went to Carmentis. Mind you, director Antony Webb has had plenty of support where it counts – in the development of his craft.

There is a certain pleasure in giving the first cheque for $5000 to a home-grown production in open competition. The Best Director award went to Karen Pearlman.

The Best WA Short Film award did not go to Carmentis but to The Quiet, directed by Radheya Jegatheva and produced by Jay Jay Jegathesan. Jegatheva is a young animator whose films have already done well on the festival circuit which means he is off and running in a really difficult space to keep your own voice. Jegathesan is the manager School of Physics and lead 3D virtual projects at the University of Western Australia. And also a stage and voice actor.

The Best Actor award went to Hayley McElhinney for Antecedents while the Best WA Female Short Filmmaker award was given to Sam Lara and Jess Parker for Featherweight. The actor prize was supported by Annie MM Casting and the filmmaker honour was backed by WIFT WA.

Featherweight has screened at MIFF, at the Sydney Film Festival, Flickerfest, while Parker and her company No Labels Media are funded for the first stage of Screenwest’s West Coast Revisioned program for 2020.

Goolari Media is on YouTube. But this, on Vimeo, is really sweet.