Celebrating NAIDOC Week on Netflix and beyond

Famous five Bunya features go to Netflix, great Indigenous docs on DocPlay, and other options to mark a special week without leaving the house or braving crowds.
Rochelle Siemienowicz 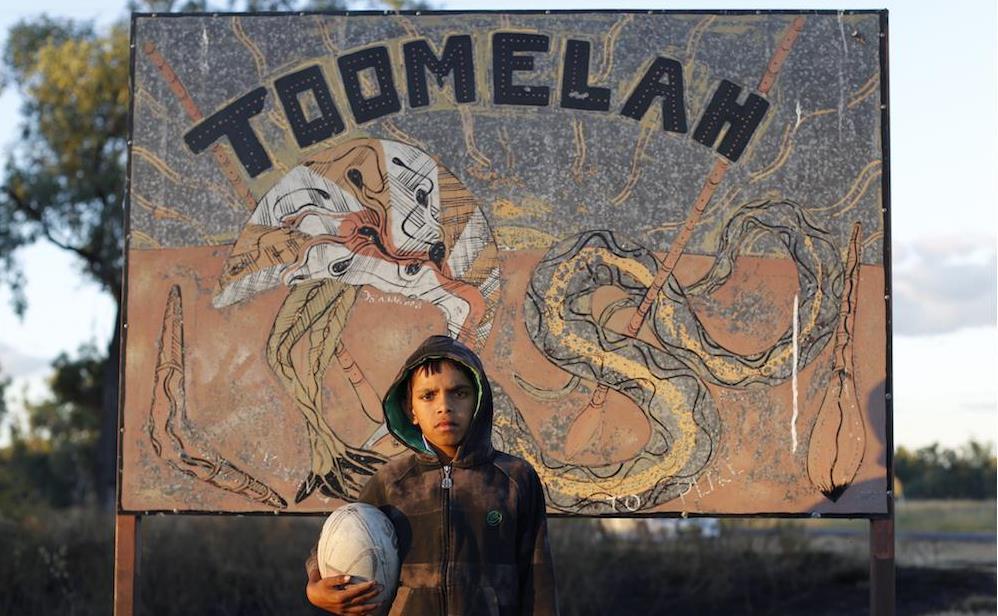 NAIDOC Week happens across Australia to acknowledge the history, culture and achievements of Aboriginal and Torres Strait Islander people. All Australians from all walks of life, not just Indigenous communities, are invited to participate, and local live events pop up all over the place.

NAIDOC Week is usually held in July, but 2020 is weird old year, so it’s happening a bit late, right now: 8 – 15 November. And because of this weird horrible old year, many people won’t be wanting to leave the house to mingle in large groups. So the safest and easiest way to celebrate is to watch some of the many excellent films and television shows made by or with Australia’s ever-increasing wealth of Indigenous screen talent.

From Netflix, to DocPlay to NITV, SBS and ABC kids, here are some options to have your own little NAIDOC moment in front of the box.

To mark NAIDOC 2020, Netflix is presenting five award-winning Bunya Productions feature films. All of them are very much worth your while.

TOOMELAH (2011). In a remote Aboriginal community, 10 year old Daniel (Daniel Connors) yearns to be a gangster, like the male role models in his life. This involves skipping school, getting into fights and running drugs for Linden (Dean Daley-Jones), who leads the main gang in town. Naturalistic, touching and sometimes dark, Toomelah is directed by Ivan Sen and produced by David Jowsey.

GOLDSTONE (2016). Indigenous detective Jay Swan (Aaron Pederson) arrives in the town of Goldstone to search for a missing person and his simple duty becomes complicated when he uncovers a web of crime and corruption. Directed by Ivan Sen, and produced by Greer Simpkin and David Jowsey, this follow-up to the original Mystery Road movie stars Jacki Weaver and David Wenham as some terrific baddies.

SWEET COUNTRY (2017).  Warwick Thornton’s period western is set in Australia in the late 1920s on the Northern Territory frontier, where justice itself is put on trial. Produced by Greer Simpkin and David Jowsey it stars Hamilton Morris, Shanika Cole, Sam Neill, Bryan Brown and Ewen Leslie.

MAD BASTARDS (2011). Set in West Australia’s stunning Kimberley region and featuring a feel-good soundtrack from the Pigram Brothers, this under-appreciated Sundance-selected gem tells a tale of a police officer who wants to make things better for the men in his community as three generations of Australians journey towards manhood. Directed by Brendan Fletcher and produced by Alan Pigram, Stephen Pigram, Brendan Fletcher and David Jowsey, it stars Dean Daley-Jones, Kelton Pell and John Watson.

SATELLITE BOY (2012). A heart-warming story of a young Aboriginal boy (Cameron Wallaby) who travels to the city with his best friend to try and save his home from developers. Along the way he learns about the importance of friendship and family (his grandfather is played by David Gulpilil). It’s directed by Catriona McKenzie, who produced alongside David Jowsey and Julie Ryan.

BLUE WATER EMPIRE (2019). This landmark three-episode series traces the history of the Torres Strait Islands, told through key stories by the men and women of the region. The series covers the pre-colonial era through to contemporary times, looking at how the people have sustained their cultural heritage despite 200 years of European settlement. Directed by Steven McGregor and produced by David Jowsey, Aaron Fa’Aoso and Greer Simpkin.

WE DON’T NEED A MAP (2017). Warwick Thornton’s bold, provocative and playful film about the spiritual meaning of the Southern Cross constellation for Aboriginal people. A thought-provoking ride through Australia’s cultural and political landscape, imbued with Thornton’s unique voice.

AFTER THE APOLOGY (2017). Larissa Behrendt’s riveting documentary about four Aboriginal women challenging government bureaucracies to bring their grandchildren home. Each of them faces their own battle and their grassroots actions started a national conversation to curb skyrocketing rates of child removal.

SBS & NITV: Always Was, Always Will be

As you’d expect, there’s a wealth of NAIDOC-related events and screenings on NITV and SBS.

On SBS, the weekly Insight program (Thursday 10 Nov, 8.30pm) is hosted by The Point’s John Paul Janke, facilitating a special forum on the significance of First Nations mentors in Indigenous communities.

On SBS there’s a whole raft of films under the Always was, Always will be NAIDOC Week Movie Collection. These range from classics like Charles Chauvel’s Jedda (1955), to Bruce Beresford’s The Fringe Dwellers (1986), Phillip Noyce’s Rabbit-Proof Fence (2002) to more recent documentaries: Erica Glynn’s She Who Must be Loved (2018) and Steven McGregor’s Looky Looky Here Comes Cooky.

One we’re really looking forward to catching is The Song Keepers (2017). Directed by Naina Sen, this documentary is billed as ‘Central Australia’s answer to The Buena Vista Social Club‘. It tells the uplifting story of women from the world’s oldest culture preserving some of the world’s oldest sacred songs, connecting Germany to Indigenous history in the process. The Song Keepers airs on NITV Sunday 15 November at 7:35 pm and will be available to stream at SBS On Demand after broadcast.

The ABC has a limited but rich selection of kids’ programming gathered for NAIDOC Week, from special episodes of Play School featuring a Welcome to Country and guest-stars Adam Goodes, Jack Charles and Baker Boy, to the award-winning Indigenous animation Little J and Big Cuz, and the active learning series Languages of Our Land.