Casting Guild of Australia casts its own heroes at awards

Casting directors provide the faces we love and push the careers of actors we admire. Here they vote on each other.
David Tiley 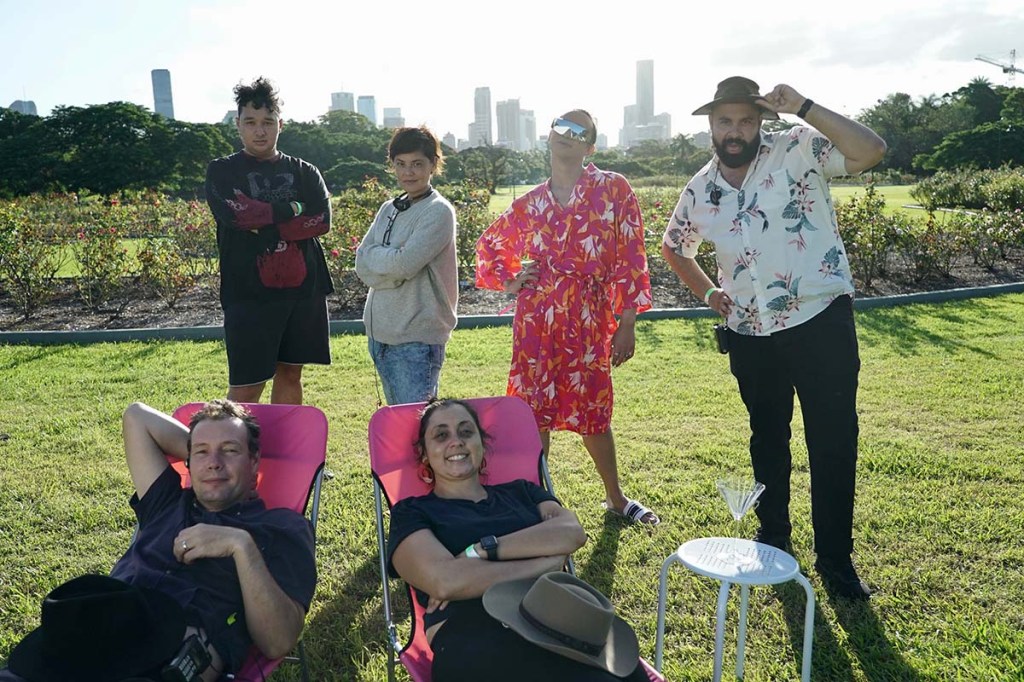 Many of the spirits behind All My Friends are Racist – Enoch Mailangi, Liliana Munoz, Davey Thompson and Bjorn Stewart. Front L-R: Nick Embery and Kodie Bedford, via Screen Australiq

Casting agents are a special breed with ninja skills that are both mysterious and far reaching. They are often the people who find the faces in the crowd that will one day glow from the Oscars stage.

I wish they had an annual list of performers they think are great but haven’t found a slot for. Or a special marketing cheer squad funded by the agencies to promote charismatic performers who are also diverse. Diverse in this context meaning ordinary looking people you see on the tram and immediately want to get to know like the crew in the photograph above.

The Casting Guild Awards will be held via Facebook on Saturday 20 November. At least the nominees can be sure their clients will be watching, even if they are in a condition so horrifying they would never work again if harried production executives knew what they did on a Saturday night. Hopeful contenders might want to mass email a list of remarks which should not go in comments.

There were a few people with double nominations.

For all those puns I apologise humbly. If you are convinced by that, I know some gents at the gym who would make good superheroes and don’t do roids.

CGA President David Newman is quoted in the release reminding us that casting directors too have been tenacious through the pandemic. He went on to provide a sobering description of the pressures on actors under COVID:

‘We particularly want to thank the actors who have been on a very rocky roller coaster for the last 12 months; many getting roles only to lose them as they were unable to get to the shoot; actors who have spent untold days alone in quarantine – multiple times; and those who got stuck and couldn’t return home. We’re hoping the new normal will be much kinder to you moving forward.’

Here is the list as presented by the Guild:

Best Casting in A Feature Film

Best Casting in a TV Comedy

Best Casting in a Short Film

Best Casting in a Theatre Production

Best Casting in a TVC

Best Casting in a TVC – Community

For more information visit the Casting Guild of Australia.