Taking advantage of Covid development support and Screen Australia Enterprise money, Bunya has moved up a level as a production company.
David Tiley 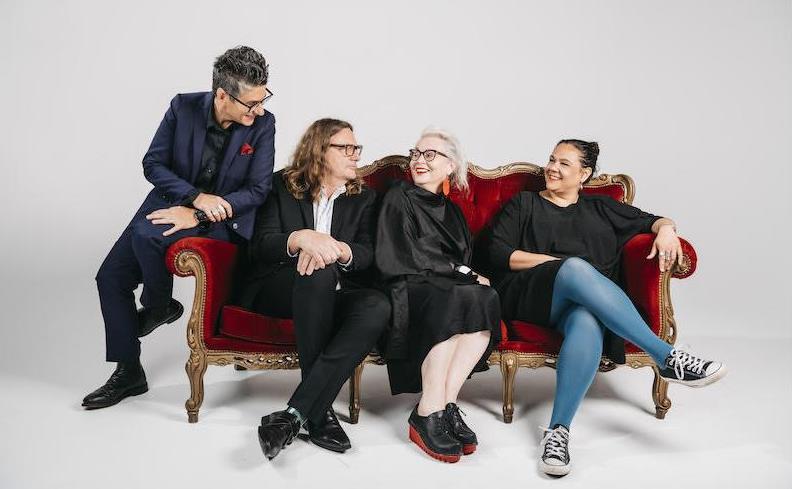 Bunya Media Group had a defining moment on Thursday, 27 May 2021 with a press release which announces that Penny Smallacombe, the Head of the First Nations Department at Screen Australia is to become Penny Smallacombe, producer at Bunya Productions.

Bunya co-owners David Jowsey and Greer Simpkin are both ABC veterans, where they seem to have learnt that a good organisation person with a strong sense of autonomy and a rebellious creative streak is truly valuable. Besides Penny Smallacombe, Bunya is also working with Sophia Zachariou, who had been a senior figure in Screen NSW and an executive producer at the ABC for no less than 14 years.

As Zachariou explained, ‘What first attracted me to the company was working with a whole lot of different creative teams, and amplifying voices that haven’t been heard, and faces on screen that haven’t been seen. In my whole career I have focused on how we can reflect a modern Australia. So for me, Bunya was a no brainer,’ she said.

‘We set up Bunya Entertainment just so we could focus on TV comedy and drama’, she explained. ‘We wanted to really support projects which are not traditional Bunya projects and really broaden the slate. We could look at other opportunities to work in the entertainment property space which we hadn’t done before. It has a little bit of a different personality, so the logo is a bit pink.

‘The Moth Effect on Amazon is the first cab off the rank for that.’

The company took this sketch comedy series to Amazon Prime at the beginning of 2020. ‘They really wanted to commission some shows in the comedy space in Australia, which I think differentiates them from other networks in our system. It was a great working relationship – I enjoyed working with Amazon,’ she said. ‘They really put a stake in the ground with their launch last week. Commissioning localised productions is a very smart strategy’.

Bunya started with a kind of disciplined anarchy on productions like Mad Bastards, Toomelah and Satellite Boy, all connected to Indigenous visions with working methods adapted to the project. Cop dramas Goldstone and Mystery Road took them naturally into series television, land the work of super-auteur Ivan Sen keeps them connected to feature films, and the success of High Ground is surely an inspiration for the future.

But Bunya Entertainment is a determined push into mainstream slots; as the announcement says, ‘Bunya Entertainment has television series in development with Netflix, Foxtel, Amazon, ABC and Network 10 as well as a partnership with Sydney Theatre Company and a podcast with the multiple Emmy® Award-winning artist, Lynette Wallworth.’

‘It is still David and Greer and myself,’ said Zachariou, ’so we still drive the slate. We’ve got a great team with Chris Kunz running development, Courtney Botfield in distribution and Jenny Coony looking at international, but everything is still put through a Bunya lens.

‘We all really love working together and you can’t take yourself too seriously in this business and I think that comes through in everything that we do. Obviously there is a discipline, and quality and creative quality and also the talent we work with but I think you’ve got to have fun while you are doing it.’

Penny Smallacombe, a member of the Maramanindji people from the Northern Territory, is honed by her earlier work producing and directing at the ABC and as senior programmer for NITV. She brings the approaches to development and support which have worked so well with Indigenous creators.

Said Zachariou, ‘She doesn’t just have creative nous in the Indigenous space, she works across the board. She has ferried through and delicately championed so many projects at Screen Australia, and she has deep knowledge of content. She’s such a strong creative and we’re just so lucky to have her.’

Bunya used the 2020 Covid pause well to develop new projects, supported by Screen NSW and Screen Australia’s pivot to development. As the announcement says, ‘Over the last 2 years Bunya Entertainment has developed a large slate of entertainment, comedy and drama television including adaptations of Ladies in Black (with Greg Waters, Sarah Bassiuoni, Joan Sauers, Sue Milliken and Allanah Zitserman), City of Gold (in partnership with Meyne Wyatt), Things Without A Name (with Shelley Birse, Suzie Miller and Joanne Fedler) and Ghosthunter (with Ben Lawrence, Rebecca Bennett and Beatrix Christian).

And The Moth Effect launches in late June on Amazon at the rate of one per week.