Emily Avila has just taken up the position of festival director for BIFF 2021, to build a broad event across the wider city. The festival will take place 21-31 October.
David Tiley 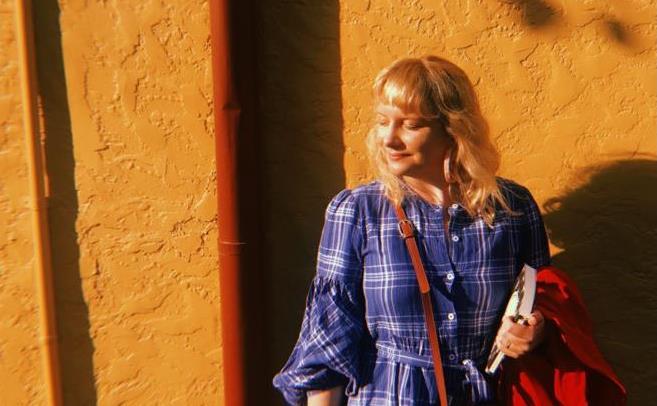 The Brisbane International Film Festival (BIFF) goes into advanced planning mode with the appointment of Emily Avila as the Festival Director, which was made public today.

The management of BIFF was secured by tender, won by Film Fantastic, which is the management entity for the Gold Coast Film Festival. According to Film Fantastic chair Sue-Anne Chapman, the two festivals will be separate in their intention and approach, but will share the expensive back end activities like staff management, payroll, IT and ultimately the web presence and ticketing.

‘[BIFF] is a very different beast to Gold Coast Film Festival and that’s something we’re going to celebrate’, she said. She is also expecting a valuable synergy with the Asia Pacific Screen Awards, which has always been a significant management issue between the two organisations.

The festival is described as partnering with Screen Queensland, which means that Screen Queensland is the principal stakeholder and finance provider to both festivals. The arrangement is regulated by Key Performance Indicators which pay particular attention to needs of local filmmakers.

Film Fantastic will maintain an office in Brisbane while Chapman expects the festival to run the usual hub to hold it together during the event.

However, Chapman also told Screenhub that the festival is designed to work very broadly. ‘A big part of our strategy for applying for management rights was that it’s a  festival for the city, and that we’ll be tapping into the length and breadth of exhibitors, across Brisbane and greater Brisbane.’

Emily Avila has been a valued person in the Queensland festival sector for a decade. She began with BIFF as guest manager and ran the Heart of Gold International Short Film Festival in Gympie from 2016-18. She has made two short films, In a Cane Field and The Fitting, both of which were respected in festivals. In Sydney she has worked for the Sydney Film Festival, and Essential Media and Entertainment in the scripted development area.

READ: Hearts of Gold Triumphant – an excursion into another world

Although Film Fantastic ran a national trawl for the new director, the mantle has descended on a true Queenslander. Avila holds a Bachelor of Fine Art (Film) and a Postgraduate Diploma of Education, both from Queensland University of Technology, has made two respected shorts infused with a sense of northern identity, and has been deeply involved in supporting local engagement with screen as art.

The festival runs from October 21-31 in 2021. The Gold Coast Film Festival in April used a version of the hybrid model for Covid-affected festivals, and Chapman is pretty determined to provide national online events as part of BIFF. So net-based panels, discussions and short videos are solidifying as a key feature of Australian festivals.