Ghastly though the general numbers are, Rams has beaten the COVID hoodoo and is doing well, while Dirt Music hangs in.
David Tiley 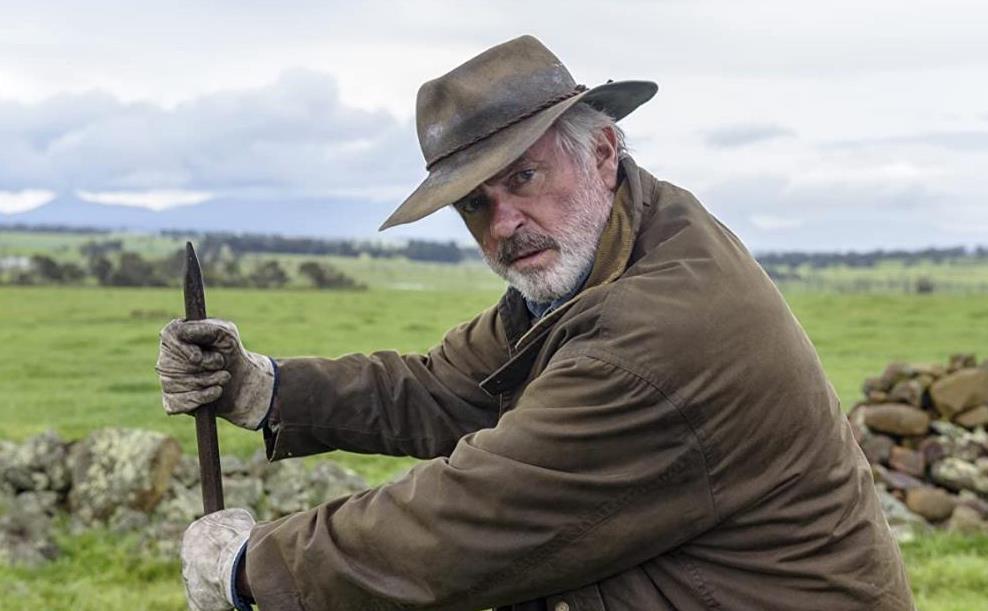 Sam Neill is a genuine farmer. Rams suits him right down to the grimy coat. Image: IMDB

Possibly to the shock of all concerned, Rams came through on its first weekend to take $809k off 298 screens to create a cumulative box office at this stage of $1.27m. The original Rams, a fine piece from Iceland released in 2016, took $127k in its opening weekend and $877k altogether.

Compare this version with our coverage of the Icelandic film.

In one week the Australian Rams has beaten the cumulative total of every single film playing across October. It is marvellous what a difference language and cultural context makes.

Rams is gnawing on the heels of Honest Thief, currently on top of the US box office, which is ahead by $160,000, but has been out for two weeks.

Number six in that October list is Dirt Music, on $564k, which opened on 212 screens on 8 October with an opening weekend total of $188k.

In My Blood it Runs, about an Aboriginal boy, ended up with $373k, just a smidgen ahead of Babyteeth on $367k.

So Dirt Music is doing better than two films which have good word of mouth, but probably also have only niche audiences.

NZ comedy Baby Done, out for two weeks, has made $129k off its 92 screens, despite its evident charm. Deserves a lot more.

September was a holiday month, with some genuine tentpoles. Trolls ended on $7.33m; middlebrow cutie After We Collided made $3.1m while The Secret Garden managed almost $3m.

Slim and I bowed out with $411k, though we figured it would trundle on and on across rural Australia.

Swimming for Gold took $141k, though the outing presumably qualified the producers for the 40% offset.

Paper Champions, the Maori/Geelong hapless victim comedy,  ended up with $710.

There truly is an absolute drought of good films.