Box Office: Success for 100% Wolf as Babyteeth floats along

100% Wolf is heading to be an Australian hero release for 2020, helped along by the UK with an unexpected ally in Vietnam.
David Tiley 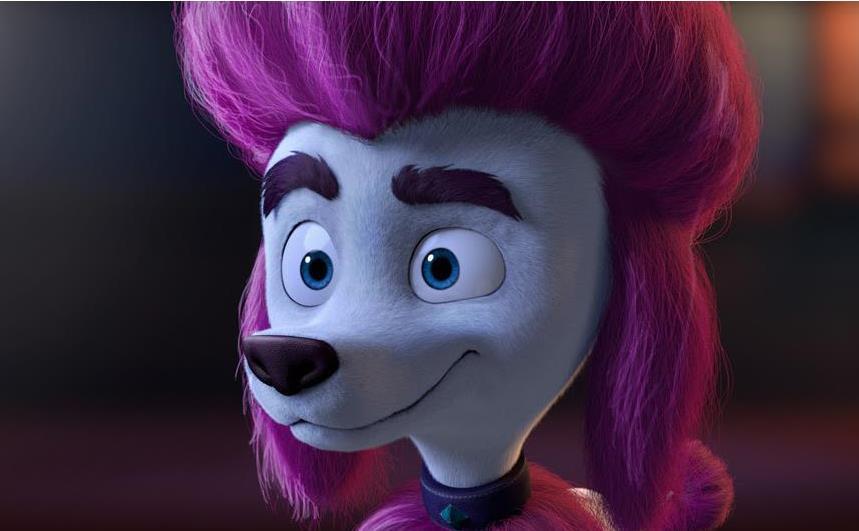 Here is an unexpected success story within the weird limits of COVID-19. 100% Wolf, produced by Australian company Flying Bark, owned by Belgian company Studio 100, in association with WA outfit Siamese, hit the kids’ film market in peak pandemic in May, which ruined its school holiday chances. It took $21,000. That is not nearly as appalling as it looks because it came out on VOD at the same time and the film is a precursor to a TV series.

Nonetheless it was made for a cinema release and that is what it deserves, and what it got in the UK. Out for three weeks in 268 cinemas, it has made $508,305 and they are only half way through the school holidays. It opened in June in Vietnam in 718 cinemas, was out for nine weeks and made $500,000. In this specialist area, in this pandemical time, that counts as a success. To see how far down we have come at the moment, compare this with the results for Maya the Bee, from virtually the same team, which made $40m around the world in 2014 off a budget of AU?$17m, while successor Maya the Bee: The Honey Games made $15m.

Nonetheless, Screen Australia, ScreenWest, Create NSW and presumably the tax rebate have all treated the production as Australian. The subsequent TV series is commissioned by the ABC and German channel Super RTL, all to the delight of writer Jayne Lyons, described on her website as:

‘Born and raised in Liverpool, UK, Jayne combines the love of nineteenth-century literature with being a sport tragic – especially football. Jayne has travelled the world with her day job as a geologist and has seen the challenges facing underprivileged children in the developing world first hand. She moved to Australia in 2005 and now works in combating climate change by offsetting carbon emissions.’

Sequin in a Blue Room, directed by Samuel Van Grinsven and written by him and Jory Anast with Sophie Hattch producing, is a graduation film from AFTRS. The school was thrilled with it and the reaction at both the Sydney and Melbourne film festivals was admiring. It is now out on three screens, is taking $1076/per and has made $4187. It has attention from Hollywood Reporter and should get an audience. Screenhub reviewer Sarah Ward was really absorbed.

Read more: Sequin in a Blue Room is an intoxicating addition to Australian queer canon.

The general release figures in Australia are horrible. We can only hope that the trickle of audiences coming into cinemas are scarfing masses of popcorn because that is the only source of money. The total top twenty take has slipped below $2m to $1.191m, which is a drop of 43 per cent or nearly $800,000, after a rise last weekend of 20 per cent on the back of a 1977 Star Wars flick which disappeared immediately. The circuit is really running out of product. This time last year it sat at $10m.

The Secret: Dare to Dream, has found the code which ensures survival in the dark alley of exhibition history which is Covid-19. Based on the franchise by Australian self-help proponent Rhonda Byrne, this feature film has taken $905,000 in four weeks and will crack the million. However, it did drop 44 per cent last weekend, to take $80,000 off 200 screens, which is $416/screen.  Not yet out in the US, it launched in Iceland to make around $30,000, almost exactly the same return as the Ukraine.

Babyteeth is hanging on after five weeks, is really steady at $22,225 for the weekend. The loss of a mere 1 per cent at this stage may be some kind of strange record. It is on 36 screens at $617/screen and has made $244,085 and around $450,000 worldwide. On Screenhub, Mel Campbell gave this Australian film the respect it deserves, and backs it strongly.

NZ film Low Down Dirty Criminals underwhelmed some reviewers who found the laid-back retro feel more sad than obnoxious, but Luke Buckmaster gets the vibe, as does Filmink. Our own comedy expert Anthony Morris can be stern but gives this film 3.5 stars.

It is released by Monster Films, which will be chewing the furniture over the result. 83 screens, 308/screen, with $25,600 in total. Such are the times these numbers gave it the eleventh spot out of the top twenty, while the lack of Victoria has certainly hurt.

Top total and top of the heap is still Unhinged, so Russell Crowe’s beast is a hero in the eyes of exhibitors across its 198 screens. It is slowly running out of puff in week 4, dropping by 29 per cent to record an average of $1667/screen which is the highest for the week, if we don’t count Harry Potter and the Philosopher’s Stone which made $5000/screen but only on three screens.

Next is Made in Italy, the father-son UK production about renovating a building in Tuscany which looks like an Aga saga with boy germs, and the critics are not kind. But still.. Tuscany, sunshine, jokes.. enough people thought that to give the picture $214,000 off its 131 screens which distributors Madman will count a success. $578,000 so far.

Train to Busan 2 is choofing along with $416,000 over the same period on 89 screens. At $1068/screen it is 45 per cent down, as the reviews compare it unfavourably with the first version. That’s a bit hard because that film is exceptional.

French frock film La Belle Epoque has made $364,000 in a month, now at $803/screen and stable at 70 screens. It sits on the list just above the other Rialto release, Red Shoes and the Seven Dwarfs,which has taken $1.415m in 8 weeks, now on 117 screens with $463/screen. A parody animation, this looks like an inspired choice by a pragmatic Australasian company.

Saint Judy is distributed by cause-driven company Heritage, but this true life drama about a lawyer in the US battling over immigration is generally seen as a plodder. Pushed along by some internet marketing it could have a specialist or cinema-on-demand life which could be effective. It went out on 87 screens for its first weekend and took $45,000 at $514/screen. That is a lot of screens for a picture with almost no marketing and review hooks, which is a sign of the times.

Russell Crowe is used to being the broad shoulders on which lives depend, but only in the movies and he is well aware of the difference. But the screening of Unhinged was a bit of a test for the picture which came out in the US last weekend in 1,800 cinemas and took an estimated $6m. According to the LA Times, it is ‘an unlikely test case.. which marks the first major wide release in American theaters since March, when virtually the entire industry was brought to an abrupt standstill amid the escalating public health crisis.’

In the UK it has taken $1.25m in three weeks, is up by 16 per cent and beaten only by a tenth anniversary edition of Inception.

China has finally released The 800 after a long scrimmage about the fact that the brave Chinese soldiers in this true story were actually from Chang Kai-Sheck’s bad guy KMT army which ultimately retreated to Taiwan. It has gone on to make $161m, including previews, over its first weekend. It is the first Chinese film to be shot entirely on IMAX cameras so we can expect a visceral release of this in Australia, while it indicates that the mainland market has woken from its slumber.

While we celebrate the figures for 100% Wolf in its particular market, we also note that some Australian hopes are coming towards us.  Dirt Music, Rams and Peter Rabbit 2 could all do well though the bunny will be a truly international release.

And we are hanging out for Penguin Bloom, due to premiere at Toronto in September and screen here in summer holidays.

Meanwhile, the exhibition industry is waiting for Christoper Nolan’s Tenet which is supposed to save everyone with gigantic figures. The reviews are not positive.

UPDATE: We have added a clarification about the role of the Studio 100 Group and the responsibility for the brand 100% Wolf. These are the complexities of licensing and the overseas ownership of Australian companies.