Box Office: Star Wars fades, 1917 blasts through while Cats lives in a dumpster

For cineastes this is a summer of art about artists. The rest of us are taking a quick run through the Western Front.
David Tiley 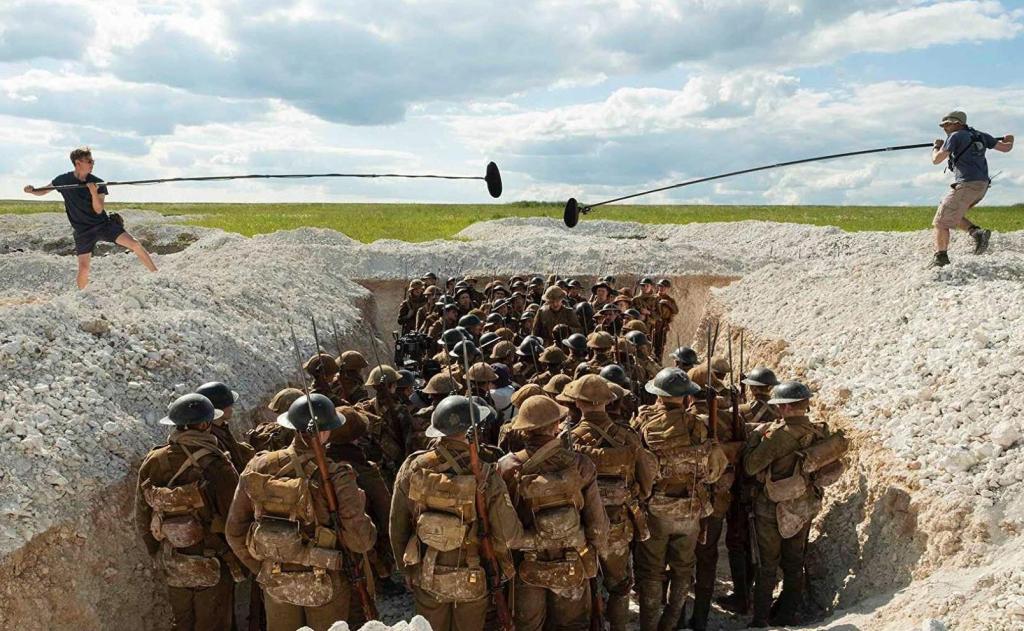 Star Wars charged out to dominate everything in the cinemas over Xmas even though optimists last September believed that Cats would stand up to it. By week four the space opera had made $43m, while the jovial Jumanji 2 had taken almost $37m in three weeks with no chance of catching up.

The critics think Cats is a stinker and audiences think it is plain weird if not sexually disturbing in a polyester furry kind of way. Word of mouth can beat any of these hurdles, as happened with Suicide Squad which has even spawned a sequel. But word of mouth for the singing, dancing, humanoid felines was crafted from the tongues of scorpions and Cats has made $3.85m in three weeks, which is basically ten percent of Jumanji. However, Cats is gaining a reputation for cultishly strange, and may yet turn around.

Those figures pretty well reflect the US results.

1917 hit the screens this week. How much would a tough war film make in the January holiday season? Universal gave it a modest 257 screens and took $4.7m, which is pretty low compared to any of these other films. BUT it made over $18,000/screen, again matching the US results.

With around a $100m budget, it has a tough ask to make a profit, but it will outlast the holiday films and has Oscars buzz. We should note that Dunkirk, a direct comparison, did around a third better–$6m here in its first weekend in the summer of 2017 and went on to make $23.5m in Australia. It made $760m around the world off a budget of maybe $200m. But Dunkirk had Christopher Nolan as director, and $35m from China in its first weekend.

Right now, the Chinese box office is dominated by Adoring, six stories of people and their pets. It has 18 per cent of the total ticket sales. That is pretty well what 1917 is taking in our box office, which totals $23.25m, more than double the week of Christmas. Though Adoring is around in Australia it has been ignored, maybe because the Chinese students are at home with their real pets.

Little Women has made $8.67m in two weeks, which is only slightly under 1917; we bet it is doing brilliantly in its key audience but may take a while to finish its run. The latest Shaun the Sheep movie started this week, running about $3,500/screen on 249 screens. Not great but will fill seats which are otherwise empty because it is child friendly and parents will want it after they have taken the small saboteurs to Frozen.

Jojo Rabbit has a mixed reputation among critics, some of whom are appalled by Hitler as an imaginary friend. But it has done very well, with nearly $5m in three weeks. We can promise you the romantic gloss at the beginning does not last.

The True History of the Kelly Gang is peeping out on 16 screens, regulated sternly by Stan which wants it imprisoned on the net as soon as possible. $92,000 in a week, $5809/screen. We can imagine late night cult screenings for this one with frocks and armour and hairy men on motorbikes.

The amiable drawing room detective film Knives Out has made $12.6m in seven weeks, dropping screens until it has reached 177.

What about the true arthouse films? We are seeing the Summer of Films about Art with self-reflective films about creativity which work well together though few heroes emerge unscathed.

Pain and Glory, a film about actors and cinema from Pedro Almovadar is limping along to reach $734,000 in ten weeks, and is down to seven screens.

Marianne and Leonard: Words of Love should go beyond its cult audience because it is well made, but is really sinking into its seven screen ooze after five weeks and $200,000. It’s a tough time for this sort of film.

Portrait of a Lady on Fire looks fabulous, makes terrific use of a limited but vibrant palette, and has some ravishing performances. On face value it is a lovely, nuanced film about love, but fans of the genre will also appreciate the sexual politics. $500,000 in three weeks, now on 31 screens taking $1549/per.

Also in three weeks, The Truth made $706,000 off 28 screens, and doing pretty well at $3008/per. Juliette Binoche and Catherine Deneuve are in wonderful combat about the art of acting and the role of truth, in a family drama with the lightest of touches and a feeling for mercy. Most remarkable is the director–Hirokazu Koreeda has made his first western film after a string of successes in Japan, culminating in Shoplifters which received the Palm d’Or at Cannes last year.

Parasite is still around, with $2.25m after 29 weeks, now on 10 screens and making $5,224/screen. It is a perfect little earner in the inner city scene as it too waits for Oscar night. where it has ten nominations, including for Best Film, Best International Feature and Best Director.

Mrs Lowry and Son has been out for seven weeks, has made a tad under $300,000 and is taking all of $2140/screen off its two outlets. With impeccable performances by Vanessa Redgrave and Timothy Spall, it is a terrific reflection on the psychology of art. It is not surprising that cinematographers love the camera and lighting.

These films benchmark expectations for arthouse films. And the numbers are pretty low unless they have an awards hook. Don’t forget we have one of the best performing cineaste markets in the world.