The entire box office is upended as blockbusters disappear and indies turn up on top, though the flicks have become an eccentric pleasure.
David Tiley 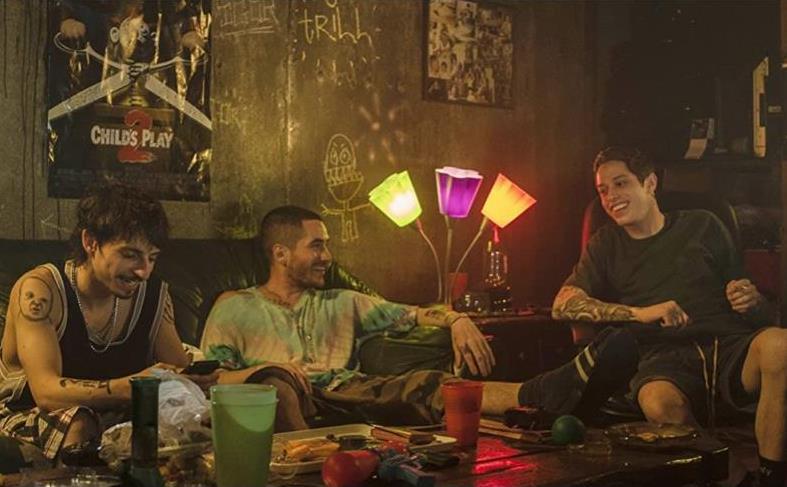 The King of Staten Island tops the box office list for the week. Image: IMDB

Icelandic film A White, White Day from Palace took a dive in its second weekend to make $37,000 off its 16 screens, up from 14, with an average of $2336 which is the best performing film on that basis in the top twenty.

As we noticed last week, new releases are doing surprisingly well in the current climate. Where’d You Go Bernadette made $62,000 in its first weekend propelled by Village. Even Filmink’s The Legend of the Five has made $109,000 in four weeks while Shirley gives Madman a tiny bounce with $57,000 in two weeks. Bellbird has $115,000 in three weeks under Transmission’s care.

However, compared to last winter the figures are wretched. The weekend box office for twelve months ago was $16.6m. A week ago it was $1.876m. Last weekend it was $1.865m. At least the loss caused by the Victorian lockdown was only $12,000.

But a year ago, the top runner was Aladdin which took $7.6m in its first weekend off 578 screens, at $13,200/screen. This weekend’s top runner is The King of Staten Island, on 163 screens for an average of $2049/screen and a total of $334,000. While we are watching figures improve slowly, the whole scene remains pretty dire.

However, The King.. is a Judd Apatow comedy which went straight to VOD in the US five weeks ago. The total take in the cinemas is AU$508,000 so we provided more than half the world’s box office and we are still going strong. We are good at spotlighting small films and here the littlies stand tall away from the tentpole shadow.

The limited release figures are more encouraging, as the smaller distributors are at least paying for their parking spaces. Total take is at $241,000 down from $255,000, which means the Victorian contribution made less difference than we feared.

On the main board Sonic Hedgehog is back on top as audiences have probably seen it so many times they are reciting the dialogue aloud. 22 weeks and almost $300,000 off 194 cinemas in a subdued but committed school holiday moment. The majors are really polishing up the oldies with The Devil Wears Prada, Predator, The Jungle Book, Jumanji and The Invisible Man all on display with tiny screen averages. They have them, they might as well run them and the spiders will be entertained.

The Personal History of David Copperfield took $157,000 off 232 screens having gained 11 screens off last week’s $259,000. Buy a choc top at the moment and the multiplexes will offer you a complete cinema for a weekend so you can guts Netflix.

In overseas news, as Variety reports, Christopher Nolan’s Tenet will not be released this year, so we are facing a tentpole drought till Xmas and an enormous revenue hole for the US exhibition sector.

Peninsula, the South Korean sequel to Train To Busan is triumphant across Asia and has taken almost $30m in the box office in its first weekend, marking the first appearance of normal figures since March.

As Chinese cinemas began the reopening process today, box office crossed $472K by 8PM local. Maoyan’s real-time ticketing platform reports that play is led by new entry A First Farewell at around $184K. Following it is the re-issue of Christmas title Sheep Without A Shepherd at about $80K and Disney/Pixar’s Coco in 3rd with just over $42K.

Not great numbers but the lights are going on in Asia.