Comedy Baby Done would do ace business in a normal year, but is beaten handily by a grim Polish film about a fake priest which fanatics claim is blasphemous.
David Tiley 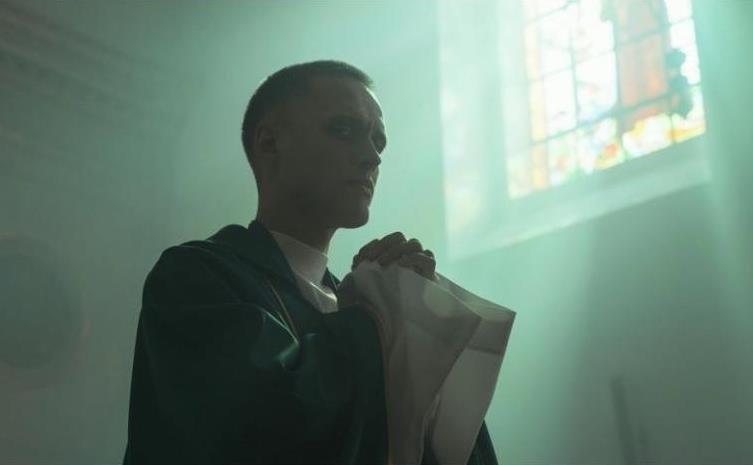 The Australian box office is now beyond dismal. Opening the charts is like stepping into a time accident in which popular films from decades back reappear to get almost no attention. Spirited Away, for instance, has taken $25k off five screens, but the figure will include other specialist screenings; this last weekend drew $5.1k. That is a squeak rather than a roar, but probably a cool moment for true believers since the film is a 17 year old classic.

But now we have Baby Done, a small New Zealand film which slid quietly onto screens with fun written all over it, at least according to The Guardian where Luke Buckmaster calls it funny, sweet, meaningful and charming. So does Screenhub.

The pic is produced by Taika Waititi, and written by Sophie Henderson who pumped out the script in disarray during her pregnancy. It was directed by her husband Curtis Vowell. This is the ultimate ‘write what you know’ flick, because it is about a young couple trying to cram as much as possible into their pre-birth pause while they descend into mammalian pregnancy.

It made $68k off 92 screen and Madman will be asking exhibitors to hang in for word of mouth.

Corpus Christi may restore some literal faith in the minds of doubting exhibitors as it also delivered around $68k but off 13 screens which is over $4000/screen. With its Palace Festival additions it has now made $115k. Palace markets these festivals well and harvest the best for regular release. Corpus Christi delivers some excellent craft work and intense performances, as an absconding convict pretends to be a priest and heals a suffering village.

Will the Melbourne cinemas open this weekend? If so, the numbers should jump.

The big end of town

Internationally the action belongs in China. Yet another war film, Sacrifice, opened to AU$65m and most of the screens. It was followed by My People, My Homeland, has made $470m in 25 days, so patriotism is running high in a market where number three is Jiang Zia: Legend of Deification, an animation film which is up to around $300m. It belongs to the same story world as Ne Zha, which was stupendously successful in 20129.

In the US The Honest Thief remains on top in week two with $10m in total, with the War With Grandpa on around $12m, followed by Tenet with $66m over 11 weeks.

A note on Mulan

Atlas VPN has a window into the streaming performance of specific films. It claims that Mulan is currently the most popular film in the world, on top in 53 of 87 analysed countries. They deduce this based on the number of searches on the title. It wins in Australia as we mirror the US and Europe, while the former Soviet Union prefers the first Harry Potter film.

Halloween films have trended steadily upwards in the US.