Box Office: Australians hang in as tentpoles hoisted in multiplexes

Blockbusters movie tentatively into our cinemas, and grab the top slots, with serious qualifications.
David Tiley 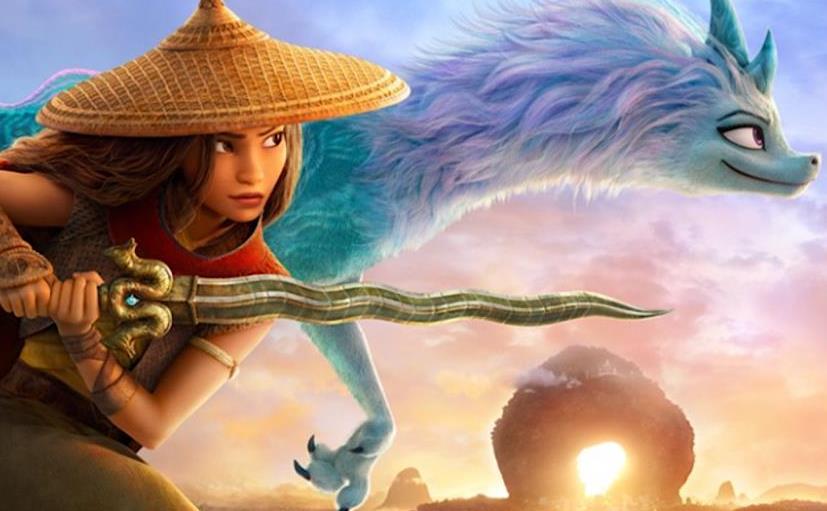 What did you do in the Great Pandemic Mummy? Image: Rea and the Last Dragon

As of Tuesday after a long weekend, the box office reports are telling us that the top of the chart has become unstable.

Raya and the Last Dragon is in first slot, giving Disney a welcome run at mass interest. It has $1.45m off an opening day of $91k from 379 screens in 365 locations. That is the true multiplex template, though it is already available to stream in Australian on Disney+ Premier Access. It is also the first Disney film to be made almost completely from home.

Roadshow organised an almost identical release schedule for Chaos Walking, gained a fan boost for that first day of $173k but dropped behind to sit at number two with $1.17m in box office. It is US$100m worth of dystopian action film from Doug Firman who is a television director turned producer and director of features building on 2014’s Edge of Tomorrow. Bad crits and poor performance in the US point to a rush to be first even though it was due out just pre-Covid and has endured a bunch of reshoots since them.

Deadline claims that Lionsgate has already written it off, which will be depressing for a major distributor trying to please its bankers.

Warner Bros and The Little Things is hanging onto the third slot, making $630k for the weekend to take $4.07m by the end of week three.

The Dry still heads the Australian contingent, now at number five in week 10 – surely a remarkable statistic. $375k was added to take the total to $19.38m so it will make $20m and faster than we predicted.

With its festival and preview figures added, Nomadland has made an impressive $1.41m by the end of its first weekend. But that was only $302k off 89 screens so the boutique release is paying off for the award-powered art-house enchanter. Disney will be pleased as we are reminded it can do lean and arty as well as noisy or soppy.

Minari is closer to classical arthouse, about a family, a cultural minority, and with subtitles. Despite glowing reviews and a fabulous cognoscenti driven world of digital umbra, it has only made $720,000 in three weeks. Madman would say that is fine – true but this is a special film.

High Ground, tough as desert prickles, has made $2.75m in six weeks. It lost a third of its screens last weekend and a third of its box office revenue as well, so it is doing the same business per cinema to create $120k across the counter. Sweet Country, Warwick Thornton’s similar Indigenous western, took $2.03m in the same period in 2018. I am guessing that the loss of the tentpole films has less impact on pictures which tend to have a larger core but possibly a less impulsive audience.

Firestarters deserves much better – it is on $169k in three weeks, now off 34 screens.

The cinemas took around $4m off the first five slots which is an improvement so the sector is recovering quietly at the multiplex end.